Born in New Jersey and raised in the New York City area, DJ Cutmaster began his journey into the music industry in 2000 after moving to Atlanta and working as an intern for So So Def recording company. Cutmaster worked for So So Def’s street team under the supervision of a fellow New Yorker who also worked for So So Def. Being a part of the street team allowed Cutmaster access to all of the exclusive celebrity functions in Atlanta where he met and built relationships with stars such as DJ Drama and the Superfriend DJs, along with radio personalities and many more music industry personnel.

In addition to being a dope mixtape DJ, Cutmaster is a Detroit-based, certified, master celebrity barber to stars such as Fabolous, Detroit’s own Big Sean, ASAP FERG, JAY ELECTRONICA and many more. Cutmaster was featured on the BET website in 2012 as the “Hip Hop Barber.”

Cutmaster left Atlanta in 2004 after spending four years there and moved to Detroit where an Atlantic Record representative heard a mixtape that Cutmaster did and was so impressed that he contacted the head of Detroit’s own Street Hitta DJs crew also radio personality, from FM 98 WJLB, and strongly suggested that Cutmaster join the squad and the rest is history! Cutmaster has hosted many mixtapes and is often compared to other mainstream CELEBRITY DJS.

Tell me about yourself and how you got your start in the music industry?

I was born in New Jersey, grew up in New York and was around the rap beginning players in the parks, clubs, streets and house parties. I’ve always loved music since I was a child. I used to practice scratching on my grandmother’s one turntable she had at her house, that was belt driven, not even meant for scratch mixing lol. I actually started out listening to rock, r&b and pop…then hip hop came out and it was OVER! I officially was hooked and until this day I love hip hop/rap music. I started my first mixtape and STREET GOSPEL series in Atlanta back in 2004. I hung out with the SUPERFRIEND DJS who had DJ DRAMA and many others I admired, and learned the mixtape game. I got so good my mixtapes ended up in the African bootleg spots right next to DJ Drama and other celebrity mixtape DJs.

How did you end up working with So So Def?

I ended up meeting a dude who ran the street team for Jermaine Dupri who also happened to be from New York, so we naturally connected since we both were not from Atlanta. He heard my mixtapes loved them and asked me to ride with him and he’d show me around the A. He took me to a SO SO DEF listening party, took me to LUDACRIS’s low-key studio at the time and introduced me to all the radio station people. He liked my grind so much that he took me under his wing and taught me the street marketing for SO SO DEF. 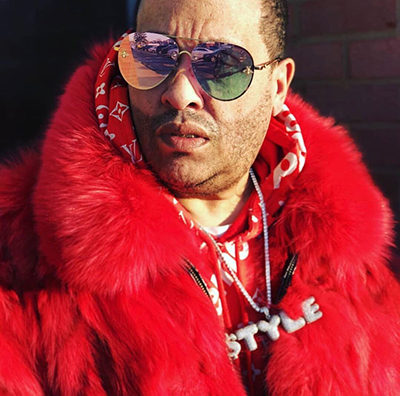 What are some of the pros and cons of the music industry?

There are many pros and cons of being in the industry. I’ve experienced a lot being in that circle. I got to go free to every club, concert, and party with all access, which made me the man!!! You end up having groupies, and being known as a go to guy. I met label execs, sat at tables to eat with celebrities, rich industry moguls, and radio personalities. I must’ve worked every club in existence there and it became very tiring but I enjoyed the publicity I was getting and perks that come with celebrity stardom! I was never used to that and it was a dream come true to me.

What new music projects are you currently working on?

I’m currently working to be the next celebrity DJ and take my mixtape projects nationwide! I moved to Detroit and brought my mixtapes there and a rep from Atlantic Records heard my mixtape and immediately introduced me to the radio personalities there and I ended up joining the major DJ crew there!  I’m currently a celebrity DJ being a member of 4 DJ crews worldwide! People called me DIDDY OF THE CITY and THE PLAYMAKER because I had such a massive network of industry connections. I’m working on GIRL GANG which is an all-female artist mixtape volume 2…the first volume did so well that I’m doing a second one. Ms. Moe money from LOVE AND HIP HOP NEW YORK agreed to partner with me and do the intro and outro on the project. We ended up in over 20 write-ups and music blog sites. Hip Hop Weekly did an article on me naming me THE PLAYMAKER and now I’m thankful to be interviewed by this great magazine SHEEN.

What advice do you have for others seeking to get their big break in the music industry?

My advice to people wanting to get into the music industry is always make professional music relationships, meet and associate with all the movers and shakers from radio DJs, major label reps, celebrities and club owners. This will open major doors for you. Never be afraid to open your mouth and ASK QUESTIONS AND ASK FOR WHAT YOU WANT! 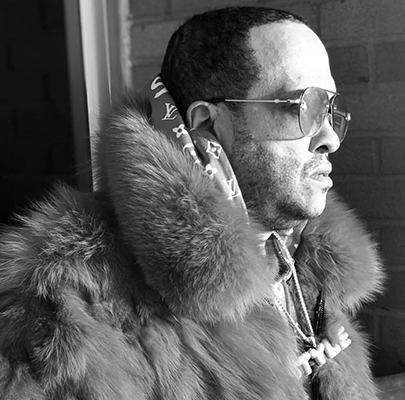 All images provided by DJ Cutmaster