Photographer, Joseph Ford started his journey nearly seven years ago while on a trip with his family. Then, Ford captured his memories from the trip on his iPhone but just a few months later, he began snapping photos on his first camera. Since then, he hasn’t quit snappin’ and we’re all here for it! Check out our exclusive interview with the talented photographer, model, and military veteran who captivates us all through his lens.

Tell us about yourself. Who is the man behind the camera?

My name is Joseph Ford and I’m 30-years-old. I’m one of nine kids, I have six sisters and two brothers. I am from San Jose, California originally, I left to go to the military when I turned 18. I stayed in the military for ten years. While in the military, that’s when I picked up photography. I ended up going on a family road trip and that’s really where my journey started.

Why photography? What made you want to make this a career?

If you had to describe your journey to get to where you are today, how would you put it?

It’s been a rollercoaster, I swear (laughs). There have been a lot of ups and downs. I’ve asked myself, “What am I doing” sometimes because its not a typical 9 to 5 job. I would get to work around 7:30 and get off work anywhere between 1700 to 1800. I would come home and edit photos til about 1AM or 2AM. I would wake up and do it all over again. On the weekends, I would drive an hour and a half one-way to do a photoshoot and drive back. I would do that every weekend. That was my schedule.

You’ve worked with so many people, is there someone that has left a special mark on you?

I’ve done a lot on my own as far as honing my craft in photography. As far as working with others that have left a special mark on me, there are so many. I couldn’t have done it or gotten to the point I am today without a bunch of people. I would say if I had to name one it would have to be Bre Tiesi. That’s when I began to see the shift in my career start to change in Los Angeles. After I met her, I began to meet a lot more celebrities and getting more clients. After I shot with her, she threw my name around to others and she is one of the reasons why my work has become so well-known in Los Angeles. 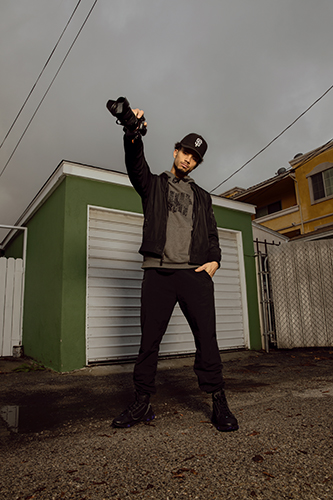 What do you think is something most people don’t know about photographers and the hard work they put into their projects?

I feel like people now-a-days because camera phones are so good, when it comes to photography, people don’t appreciate it as much. There are people that appreciate the craft. It can take hours to edit one photo because I’m a perfectionist and I just want my photos to look a certain way. Some people don’t know what it takes. You’re not paying for just a photoshoot, you’re paying for the photos and the post-processing after which takes even longer! Most people don’t know the time it takes for some individuals to do some work. Some people don’t just throw a filter on it, they’ll get detailed into their work flow.

Honestly, I’ve just been chasing my dream of shooting celebrities and campaigns and those have come true! Now, I just want to do more of that and land bigger and better clients every single year. 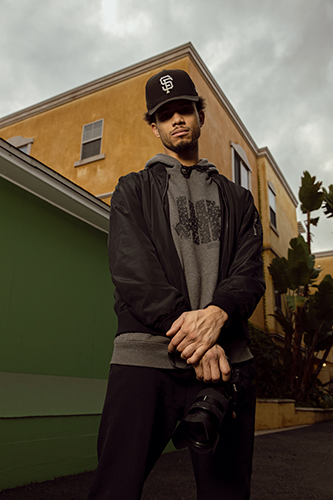