DaVionne is a 19-year-old on the rise songstress from Augusta Georgia. Her sound is often described as distinct in nature because it combines Hip Hop/ R&B with folk undertones. When listening to her music you’re able to truly experience what she is articulating while appreciating her unique delivery. DaVionne garnered industry buzz through independently released work, and single covers. In 2018, she released her heavily anticipated EP titled ‘Everything in Between’.

She ended 2018 with a bang by gifting her supporters with a surprise EP titled, Exe’s and Oh’s. This project allowed her to transparently express who she is along with the struggles that she has overcome. Her ability to be relatable is her greatest strength and has helped her to stand out in an industry that is often referenced as saturated.

Her journey to what seems like a long road to victory as an indie artist soon worked out in her favor after DaVionne was featured this year on J. Coles #1 album ‘Revenge of the Dreamers III’. The story behind this placement is one of true dedication and perseverance but more importantly a testament to the statement “Hard work beats talent when talent alone doesn’t work.”

During our recent interview, she shared some insight about the joy of taking a leap of faith and being able to be featured on J.Cole’s album. 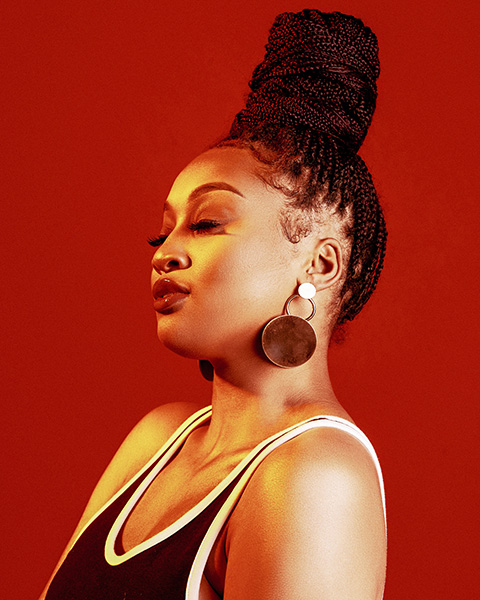 So tell me about how you came to be featured J. Coles #1 album ‘Revenge of the Dreamers III.’

I wasn’t one of the original 343 invites, so when my friend Domani invited me to sit in on the sessions I was very hesitant because I knew the weight that these [ROTD3] sessions held. I stopped by on the third day and continued coming until the final recording session. At first, I was just floating around for about five or six hours, feeling very out of place and ready to leave. Just when I was about to go, I ran into a good friend of mine, Baby Rose, and I expressed to her how I was feeling. She immediately encouraged me to stay and “let the magic happen”. That night we made the CRAZIEST song that unfortunately didn’t make the album but put a fire inside of me and left me highly motivated. The very last day of the sessions, I get a call from my friend Bueno, an amazing guitarist/producer, and he’s rambling on about how he’s working on this song with this producing duo called “ClickNPress” and they needed me to lay some vocals down ASAP. So I hopped in a Lyft went on to record the hook to what the world would soon know as “Sleep Deprived”. And the rest is history.

Tell me about your life prior to music and some of the struggles you have overcome?

Music has always played a huge role in my life before I decided music was how I was going to pay the bills, I ran into a lot of uncertainty particularly in my senior year of high school. While all of my classmates were talking about committing to colleges and SAT scores, I was recording and piecing together my second EP “Exes and Oh’s”. To be completely honest, I could have cared less about college, all I could think about was music. I really began to feel the pressure in the second semester of senior year when we were in the final months of school and I still had no desire to pursue higher education. That’s when I made the decision not to go to college and to just dive right into my career of being an Artist. My theory is why go to school for four years when I could start my career immediately and be in the field gaining real-life experience, all while making a name for myself. The fact that I’m only nineteen achieving all of these crazy milestones is the product of two major factors: 1) God has immense favor over me and my gift. 2) I made one of the most difficult decisions my senior year to forsake the status quo and leap into my calling.

Why do you feel independent artist are becoming the future of the music industry?

With the rise of social media and the internet, independent artists have become more accessible without the push of a label and with technology advancing and innovations such as distribution websites, we are able to release music on all major platforms without having to go through these big companies. But even more so, I think artists are beginning to understand their worth and the value that they contribute to the entertainment world and they are refusing to settle. We [artists] are also realizing that we are capable of doing a lot on our own. Not knocking labels or those who choose to sign, I just know that the conversation has become more complex with the rise of the internet and pioneers such as Chance The Rapper.

What upcoming music projects do you have releasing soon?

Currently, I am in the recording process of my next project, just creating as much content as possible so I can formulate an EP or album when the time is right. But I recently released my latest single “Best Friends” produced by the homie Archer.

What advice would you give to upcoming artist about taking leaps of faith in their career goals?

DON’T THINK, JUST JUMP. If I would have overthought not being an original invite to the ROTD3 sessions or listened to my insecurities telling me I didn’t even belong there, I would have never landed that AMAZING placement. If I would have gone to college instead of pursuing my dreams of being an artist, I wouldn’t be here doing this interview with you all. Success is just a series of taking leaps of faith and trusting that God will catch you, lead you, and provide for you. You’ve got this!!!

What’s next for you?

Greatness is next for me! I am very excited for what’s to come! I’ve been doing more shows and I’m hoping to tour soon! 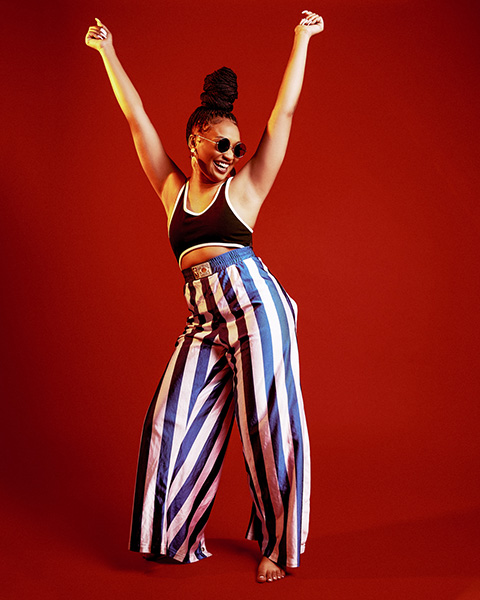 Check out her feature on J. Cole’s album, ‘Revenge of the Dreamers III’ now by clicking here!

All photos by Donte Maurice