Our Generation of Freedom Writers

National Newspapers Publishers Association (NNPA) President and CEO Dr. Benjamin Chavis, Jr. called this year’s 2019 recipients of the Chevrolet DTU fellowship the new “Freedom Writers; Elae Hill of North Carolina A&T; Sharon Washington of Florida A&M; Tyla Barnes of Hampton University; Tedarius Abrams of Bethune-Cookman University; Emani Nichols of Morehouse College; and Miana Massey of Howard University. Represented in the house of publishers were the Houston Forward Times, Chicago Crusader and the Atlanta Voice, all historically relevant voices in the African American community. “When I was in college, they didn’t have programs like that that would take your hand and lead down a path and give you $10,000,” remembers DJ Envy a graduate of Hampton University.

Having an ambassador and influencer like DJ Envy and mentor like iconic figure Fonzworth Bentley allowed these students and recent graduates to set out with Chevy to discover an unexpected journey within the field of Journalism. 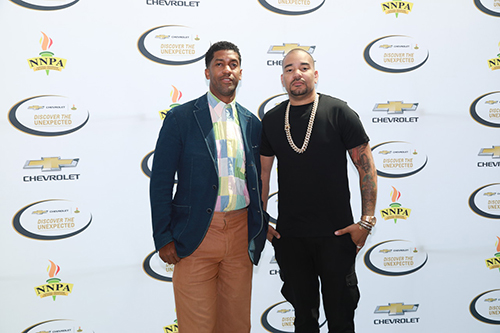 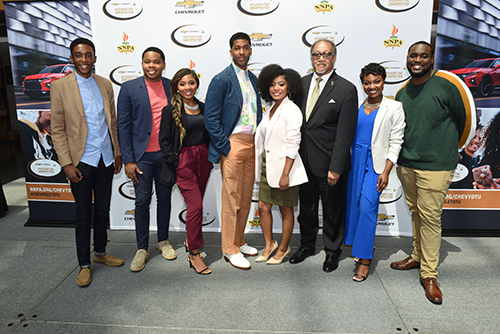 “It was our honor to host the next generation of Freedom Writers with the support of GM whose been a sponsor for 50 years, we’re able to continue to preserve our history,” says Dr. Charvis.

Chevrolet awarded each DTU fellow a $10,000 scholarship and here’s where each plans to distribute their funds.

Tyla Barnes said, “I plan to put that money straight to school to further my education.”

Sharon Washington said, “Overall I want to invest it to make sure that it grows.”

Emani Nichols said, “This was a once in a lifetime opportunity, I’m still taking it all in.”

Miana Massey said, “I want to be a voice for the African American community.”

Elae Hill, “There is nothing I cant do but “I’m also going to pay off my loans.”

This feature was written by Princess Hawthorne and Darralynn Hutson

All images by GM Communications