Sabrina McKenzie is a celebrated pastor, business woman, and television personality. She is best known for her role in creating one of the most celebrated liturgical dance ministries, the International Dance Commission (IDC). She is a humanitarian and advocate for women and children, having co-Authored and championed the “Equal Rights Amendment” legislation in the Georgia House of Representatives in 2018 and is also the founder of several organizations designed to influence policy and bring awareness to domestic violence. In addition, each organization and cause strives to encourage, empower, and inspire women worldwide. Being a woman who has experienced in her ministry the effects of being treated different than male leaders in ministry, she was excited to join with the producers of this series to see and experience firsthand the difference in treatment.

This eye-opening series which is executive produced by Viola Davis, follows four dynamic women who embark on the journey of a lifetime as they transform into men to experience life from the opposite side. With the help of Academy Award-winning Special Effects make-up team, Lou and Dave Elsey, and skilled voice and movement coaches, each woman develops her own alter ego and spends two days living in a man’s world. After their frustration at being disregarded because of their gender, the women are looking to flip the script and experience a day without bias from the very same people who held them back in the past.

Check out her transformation below.

Sabrina McKenzie also has a new book out called “Leading in a Man’s World: When Beauty Becomes a Beast”, which is designed to assist women in Entertainment, Politics, Ministry, and in Business to become effective in the Boardroom.

You can purchase it here.

During her recent discussion about the show on Starrdom100 Radio she shared what she had experienced personally while dressed undercover as her male character on the show, and how the crowd treated her differently than when she preached as herself without being undercover.

It’s truly amazing that this show is allowing men and women to see just how different we treat one another when it comes to gender. There are men who argue that women should not aim to be treated like men nor do some feel women should get equal pay in the corporate world.

“The world will have the opportunity to see how women are disrespected and how men gain respect with their presence, while women have to earn respect.”- Sabrina McKenzie

Be sure to catch Pastor Sabrina McKenzie every Tuesday 10/9c on the new series, In A Man’s World which just aired October 15th on Bravo. 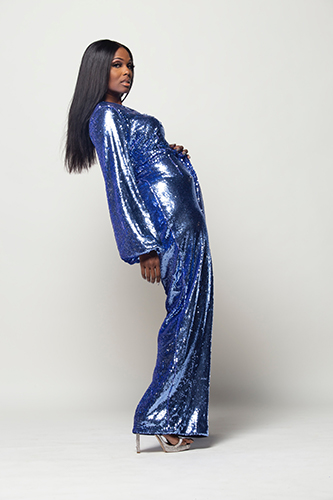 Check out the full episode on Bravo with Sabrina by clicking here.