Described as the fiery, lyrical assassin, Pretty Yellow took the world by storm on BET’s The Next Big Thing – and brought home the crown as the winner! With the help of many talented mentors, from Zaytoven and Tamar Braxton to Lil’ Kim and Nipsey Hussle, a star was definitely born. Now as a new mother and with an EMPIRE record deal, Pretty Yellow has no plans of slowing down. In this candid interview, she shares her journey, those who’ve impacted her the most, and her method to accomplishing the “all gas, no brakes” mentality.

As the winner of TheNext Big Thing, what were some of key aspects you took away from the show and from your mentor, Nipsey Hussle?

So with Nipsey, as far as with my music he always told me that less is more. We have an understanding that with rap we already have our fan base and you want to be able to be relatable to your people. I don’t care if it’s a punch line, whatever it is you want to have what you’re going to say to your people for them to be like, “Damn, she’s talking about something, I’m going to roll with that.” And they’re always going to remember you. 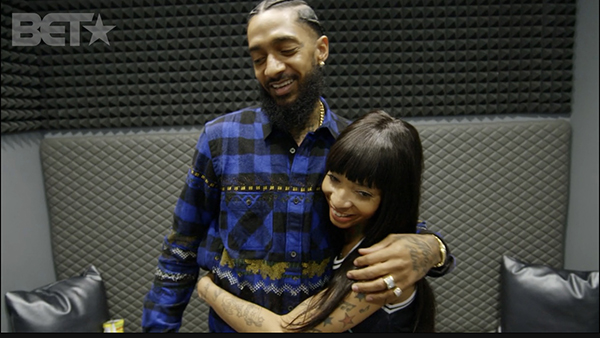 How did this competition prepare you for the career you have now?

It’s so crazy. I felt like I already had things in order because I knew rap not realizing that I had so much more to offer and that’s why I can understand the idea of the show. Now I know how to perform, how to interact with a crowd, and actually put on a show now versus me just standing on the stage and rapping just like the next person – you have to entertain your crowd.

What celebrity came on the show and shook up the entire set while there?

I’m going to have to say out of all of them, Nip. I’m not even a star struck type of person but it was so crazy. His energy was on a thousand. It was crazy.

In the midst of the show, you also found out you were pregnant. How has balancing motherhood, and your blossoming career been thus far?

I mean of course it’s a little bit challenging but I love every moment of it. I wouldn’t trade it.

What would you say to other new mothers in similar circumstances?

If you have a passion for something, don’t let that get in the way of it – I definitely didn’t. How am I going to tell my daughter to chase her dreams if I’m not chasing mine? I actually feel like it was meant because I found out I won and was pregnant in the same week. (Laughs)

You’ve released your first singe “Hoody Hoo.” What was your mindset behind the title and the song itself?

“Hoody Hoo” is more of like a pop out. I feel like it goes with my attitude. I talk about a lot of stuff that’s going on with me.

What is something most of our readers wouldn’t know about you?

They wouldn’t know that I am very very sensitive as hard as I am. (Laughs) I’m like the hardest/sensitive baby you have ever met.

What can we expect next?

A whole lot of pressure – nothing more, nothing less.