Actress, international speaker, New York Times best-selling author, Priscilla Shirer is preparing for the release of an exciting new role as Olivia Brooks in the film titled, Overcomer. Shrier took time out of her busy day for an exclusive interview with SHEEN Magazine to talk about all the different roles she takes on in life, her new role in the upcoming film, and what you can expect to see from her in the future.

Tell us what made you want to take on so many roles in life and become an actress, international speaker, and best-selling author?

Well, a long time ago I said to the Lord, “Whatever you’d like to do with my life, I will be available to that. I just wanted to use it to be in alignment with the purpose that you have for me.” I know that sounds theoretical but honestly, it’s something that I’ve prayed about. I’ve always been watchful of where I saw Him lighting up my path. Most of the things that I’ve done, I would have never planned for my life. I know that for sure because I went to school and got a degree in an entirely different arena because that’s what I planned for myself. I slowly began seeing Him open up the doors to where I am now to speak, teach, and write. I would have never thought I would be a writer! Of course, with film, I would’ve never dreamt that up in my wildest imagination. I’m grateful that He didn’t let my own fears and insecurities talk me out of being apart of great things. 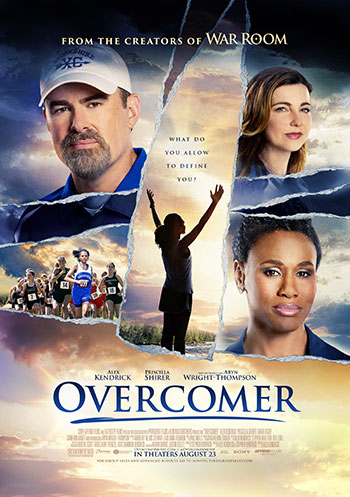 Tell us about your role as Olivia Brooks in the new film, OVERCOMER?

Olivia Brooks is a principal at a school in a town that is really in trouble. She has a lot of young people and parents that are in despair because the whole economy in this town is going south. She is the calm and place of stability in the midst of the worldwide in discouragement, disappointment, and frustration. Her role is really key in helping the main players of the film to remember their significance and their value are not tied to the difficulties that they are facing around them. She wants them to know that she is enough, they are valuable, and God can do great things in their life even when things around them are hard to manage or deal with. If our significance is tied to what’s happening around us, we’re going to be in trouble. If we’ve got to have the applause of people to feel significant or valued, we’re going to be in trouble. If we’re dependent on our beauty or our success…all those things fade. You have to have some eternal, something that does not change, something you base your identity and your significance in. That’s the message of the movie. 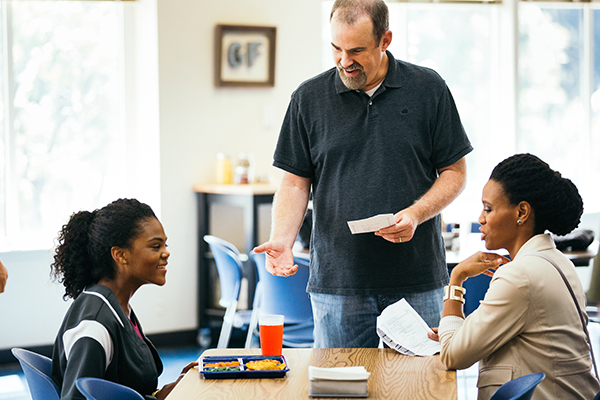 What do you want viewers to take away when watching this film?

I really want people to see the film, number one. And two be engaged in the story because the story itself and its characters draw you in. The best movies are the ones where you can picture yourself. It encourages you to see and recognize that it’s possible for you as well. Truth be told, faith-based films don’t have a great reputation. 10-15 years old, we were a little embarrassed by faith-based films because they weren’t excellent technologically. If they were, they have sugarcoated the name of Jesus or sugarcoated the foundational principles of our faith. I am grateful that in the past five years, there has been a resurgence in what it means to be a faith-based film. From War Room to I can only imagine what was released last year, these movies make more than $90 million at the box office and I think it’s because people are starting to appreciate the technical excellence of these films. It matches good storytelling and they are unapologetically gospel. I hope people feel drawn to the films in that way and I hope they walk away with more than they came for.

Well, along with the film, I have the privilege to write a book called, Radiant. It was designed specifically for young women, although young women of any age can read it. It’s designed to help sear these messages into their hearts and minds. I sort of look back on some instances, some sad, some comical from when I was in my teenage years and in my early 20s and just show how the Lord used those to begin to shape identity in me to remind me who I am in Him. I am who God says that I am! I breach some of the topics about identity that really matter particularly to women. For example, for me, as a woman and as a woman of color, I had to grapple a lot with acceptance. I used to wish something about my physical body were something different. Now I realize, three movies in… I am being asked to be in these movies because I look the way that I do! They needed my demographic, my skin color, they didn’t ask me to mask who I am. I talk about that because sometimes all of us from different backgrounds and ethnicities sometimes wish we could change something about our physical body. All of us were created to be a reflection of the creative genius of God.