Producer of The Real Housewives of Atlanta Princess Banton-Lofters releases book Sell It: From Concept to Reality

When Princess Banton-Lofters shared with a TV executive her idea of bringing together prominent African American women for a reality TV show, she had no idea the discussion would lead to 11 seasons of the insanely successful The Real Housewives of Atlanta, the most popular of The Real Housewives franchise. 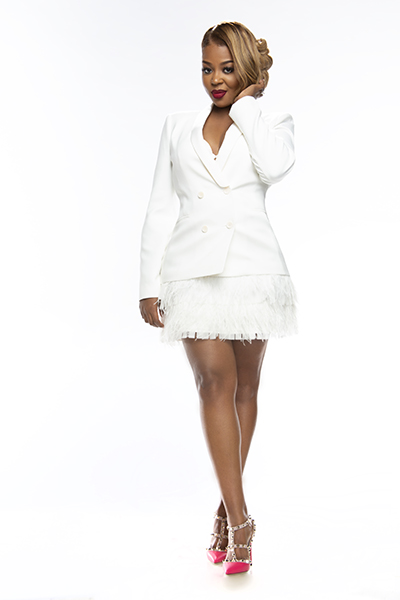 “All my friends were doctors, lawyers, and entertainers,” explains Banton-Lofters, who is married to a prominent orthodontist, Dr. David Lofters. “I wanted to see women who looked like me on TV.” Besides developing the concept for the show, Banton-Lofters helped cast most of the ladies including Nene Leakes, who she called “fearless” and Kandi Buruss, who recently thanked Banton-Lofters in an Instagram post.

For #flashbackFriday Im reposting this pic & message from @producerprincess. She cast me for #RHOA season 2 & I’m forever grateful. At the time I didn’t think it was a big deal. Just something to do. I definitely didn’t think it would lead to 10 seasons of #RHOA & 4 of my own spin-off/specials. Thank you @producerprincess! & thanks @derekjhair & @mrdblanks for telling Princess to reach out to me. Read below what Princess said about how I became a part of RHOA. “#Repost @producerprincess ・・・ TBT as season 11 closely approaches 🙌🏽 .. I thought I would post a look back at season 2 .. In this picture (with Sheree) we where filming the show opener. ❤️ @kandi had just joined the cast Yes Lord 🙌🏽 Quick inside note} over the past 10 yrs I have heard sooooooo many stories about Kandi’s addition. I’ve never addressed stories, but the facts are. I was looking for a new cast member. I put the word out and both @mrdblanks @derekjhair shared Kandi’s name. I was thrilled that she agreed to sit down with me. I’m sure that being on reality tv was the last thing on her mind… She was busy making money moves 😜 I still remember when I came to her house (with my day one ) @correahtv She had on a cute off the shoulder top. As soon as I stepped inside she said, you want to interview me ?? She was so unphased lol I said yes! Even with all her success she was still was so humble and gracious. We sat by her piano ( with her Grammy on top ) and talked for hours and the rest is history. Kandi built her career long before RhoA and has continued to do so by working hard. The message is you can get an opportunity what you do with it is the key 🔑 ❤️ 😘 #sheboss #kandiburruss #rhoa #thatraretimeonset #developmentproducer #season11 @todd167 she inspires us all”

Despite becoming a mother as a teenager and never taking any courses in film or TV, in addition to The Housewives of Atlanta, Banton-Lofters has also had a hand in selling shows and developing more than a dozen television pilots for Bravo, VH1, WeTV, MTV, BET, Style Network, and others. Most recently, she served as executive producer for the hit reality show Ink, Paper, Scissors, which debuted on BET in 2016. Now Banton-Lofters is sharing her secrets for success in her book Sell it: From Concept to Reality, a planner which helps aspiring producers sort out their ideas.

“If you don’t write your own story, someone will write the story for you,” says Banton-Lofters.

To learn more about Banton-Lofters, her upcoming master classes, or purchase her book, visit http://producerprincess.com/.