Born and raised on some of the darkest streets of Virginia, Hip hop rapper, Bugz Gutta is no stranger to trouble. Before he officially began his rap career he spent nearly ten years in and out of the prison system. While navigating through a life of crime, he quickly gained a special appreciation for Hip-hop and all of its healing powers. Bugz Gutta spent many nights lying awake studying the underground mixtapes of the artist who someday would become rap royalty. It was those stories shared by rap artist like The Lox, Cam’ron and Lil Kim that seemed to most reflect his life experiences and eventually inspire his music are still spinning on his play list today. He is a hardcore, no nonsense style rapper who is open and honest about being sexually attracted to both men and women. Self-titled, “Hip Hops Omar from the Wire” this young ambitious rapper takes no prisoners. Shortly after moving to the NYC he went full speed ahead in the booth working on music day and night.

You went through some rough times prior to entering the music industry, when was that life changing moment that allowed you to see it was time for a change with your life and career?

I was living in Virginia and had been on probation for over 15 years, which prevented me from being able to live and make moves. So when I was taken off of probation, I left and moved a week later to NYC and from there I started grinding. 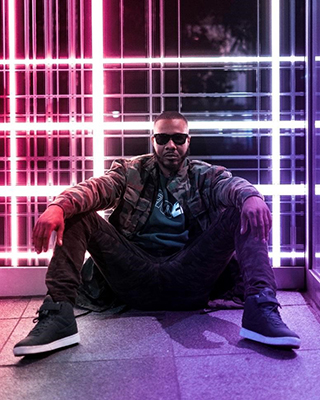 How do you handle those in the hip-hop industry that may challenge your choice of sexuality?

I’m always up for a challenge, so when put in situations like that, I definitely speak up, and would speak up for any other person from the LGBT community, especially the Trans community.

What new music are you working on?

I just released my first project called the Pynk Gorilla Effect. I’m really just pushing that and rolling out more videos, and I’m also working on a single to be released at the beginning of the New Year.

Tell me about the Royalty and Barz Showcase that you created.

I don’t like to sit around and wait for people to put me on, so me and my partner Chad decided to create a platform not just for me to perform and showcase my talent, but for artist in our community to get the chance to up here in NYC. The LGBT platforms are very political so if you’re not kissing up or holding then they won’t put you on the the line up no matter how dope or talented you are. 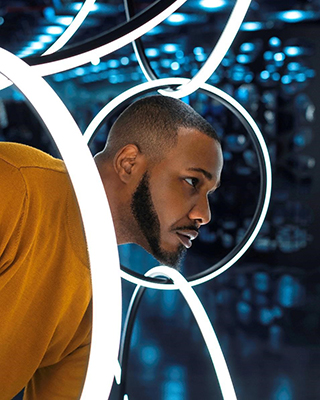 Check out his latest music video below!