Reagan Gomez-Preston on Her Role in TV One’s Holiday Film, ‘Dear Santa, I Need a Date’

TV One is gearing up for the release of their holiday film, Dear Santa, I Need a Date! The film, which stars Reagan Gomez-Preston (portrays Janelle Vaughn) and Ray J (portrays Jason Vaughn) tells the story of two successful siblings’ whose parents are displeased with their dating lives. The Vaughn siblings spark an idea to see who can get a date by Christmas! We caught up with Reagan Gomez-Preston to discuss her exciting new role and obtain all the details ahead of the film release!

Tell us about your role as Janelle Vaughn in the new film, Dear Santa, I Need a Date.

Janelle Vaughn owns a coffee shop right in the center of Atlanta. She’s a young entrepreneur and business woman that comes from a great family. She has an older brother Jason (portrayed by Ray J). (Laughs) They have a great relationship but they banter, like siblings do. Even in their late 30s, they definitely still banter. They love their family very much. The premise of the film is that their parents want grandchildren. While Janelle has been out there conquering her world as an entrepreneur, her brother has been doing the same. They just weren’t focused on love. The two of them make a bet amongst each other on who will find love the fastest and be able to bring them home for Christmas dinner. Janelle loves her family and even though she’s single living her life, she has been thinking about settling down because she does care about her family and want what her parents have.

How was your overall experience working on this special project?

I loved it! I had a ball. I loved the cast, Anne-Marie Johnson and Ray J were great. Terri J. Vaughn who directed the film, I have known her for decades! We both got our start way back in the day. It was great to be able to work with a girlfriend and see her in her element as a director because I direct as well. I had a blast. It was like home working with people that I love. 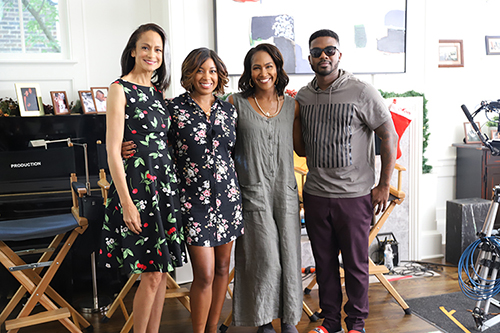 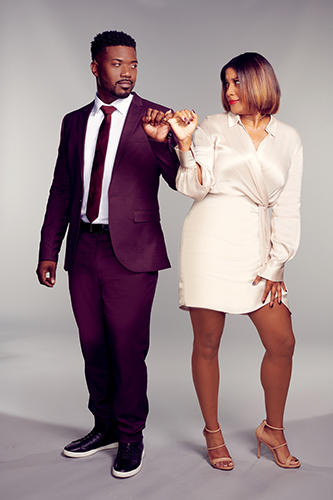 What would you saw drew you in for this role and how did you prepare to bring Janelle Vaughn to life?

I have never done a Christmas movie before, I never really thought about it until Terri talked to me about it. I love Christmas movies so that had me excited. Of course working with Terri J. Vaughn, I’m a fan not only of her work as an actress but also a director. I just love her as a person, I dig her! When she called, I said “What time do you need me to be there?” (Laughs). I just love Christmas movies, it brings back the nostalgia of you being a child in your family’s home. I love this time of year so I was definitely down as soon as they reached out to me. 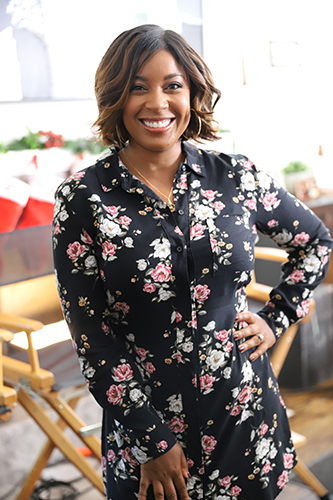 Not anything that I can share just yet but hopefully at the beginning of the year I’ll have some news to share. In the meantime, just be sure to check out Dear Santa, I Need A Date on TV One! 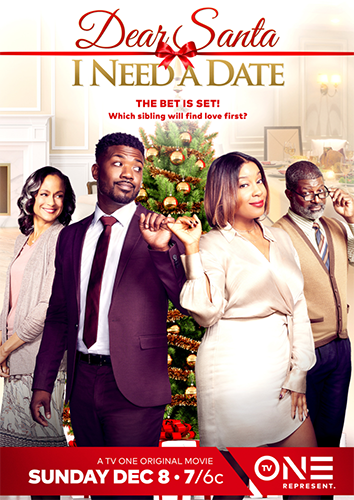