It’s almost been two decades since we were first introduced to Ryan Michelle Bathe and to this day, we still can’t get enough of her! Not only is her bubbly personality contagious but with each and every character she portrays, she easily draws us in with her outstanding talent as an actress in the world of entertainment. We caught up with Ryan Michelle Bathe to discuss her exciting role as Ari in BET Plus’ series, First Wives Club, starring in the upcoming film titled, SYLVIE, and much more!

Can you tell us about your exciting new role in The First Wives Club?

I play Ari and for those of you who are super-fans of the original First Wives movie, you would probably consider me more of the Diane- tv character. Ari is going through her own transitions but it does become more clear into later on in the season. She has what I call “slow burn” of the characters but when her girls call, she quite literally and figuratively springs into action (laughs).

Do you believe you and Ari have any similarities in real life? How were you able to connect with that character and bring her to life?

It all starts with friendship. I have always been a girl’s girl, the one that has always had strong female friendships. In addition to being a strong woman as well, I was always very much aware of the power of those relationships and how they sustain women over a lifetime. In college, I did a project where I went back to my grandmother’s hometown. It’s a small town in Tennessee called Savannah. It was wonderful that I did it because the way that my grandmother’s friends were able to remember her was a really powerful thing. I think that’s what Ari and I have in common. It was important to understand the literal power of the girl!

How would you say that this role is different than any other role that you have portrayed thus far?

Well, this is the first time that I’ve been apart of a really strong ensemble. It’s a lot of fun to be centered in the story as opposed to helping the plot move along (laughs).

We do know that you’ll be starring in a film titled, SYLVIE. What can viewers expect to see?

SYLVIE is like walking up to a jewel box and opening up and it starts to sing with the ballerina spinning. It’s a sweet jewel of a movie that opens up and unfolds. It draws you in. I think viewers can expect a love story that is resonate.

There are a ton of projects that I’m working on but none that I can tell you about too much, check back in about two months (laughs). 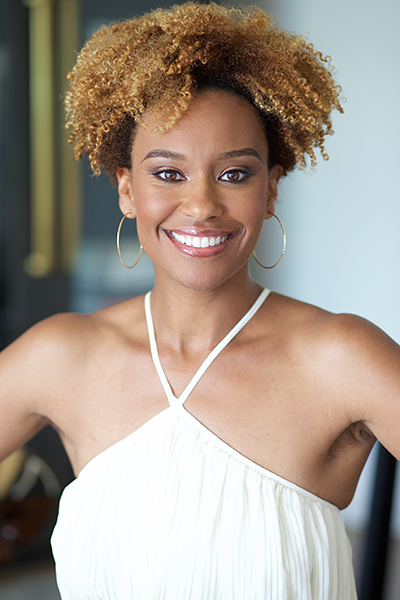