There are currently more than 200,000 women in state, local and federal corrections facilities across the United States, and their reality is nothing like “Orange Is the New Black. I know exactly what it feels like to spend holidays away from your family, counting down the days until your release. Take it one day at a time, those are the words you whisper to yourself as they count your inmate number again for the fourth time in a day. Inmate 17380035, was my number and I will never forget it for the rest of my life. But I don’t know what it feels like to be a mother in the same situation. I can’t imagine the pain they carry day in and out as they roam the prison grounds seeking peace amidst a chaotic circumstance.

80 percent of women in jails and prisons are mothers and most of them were the primary caretaker of their children while they were free. There is a domino effect of burdens placed on incarcerated women. Topeka K. Sam, founder and Executive Director of The Ladies of Hope Ministries – The LOHM – whose mission is to help disenfranchised and marginalized women and girls’ transition back into society through spiritual empowerment, education, entrepreneurship, and advocacy says, “When you incarcerate a woman, you incarcerate her entire family.” Topeka, a formerly incarcerated women herself knows first-hand the plight of the woman behind those walls. “I would like to see all my sisters free. I don’t think that there is a place for a woman in prison, at all. I think that there are alternatives to incarceration and that need to be employed specifically for women of color. Most women who have been incarcerated are incarcerated due to lack of resources, equity inequality, abuse, and the lack of mental health awareness that is prevalent within our community.”

Women’s incarceration rate has grown twice the rate of men in the recent decades and to make it worse, according to a report by the Prison Policy Imitative, 54,000 women sitting in county jails have not yet been convicted. They simply just cannot afford bail. Last year it was reported that there were 219,000 women currently in jail and prison. There is a hidden epidemic that no one is talking about and the numbers continue to grow. In the last 3 decades the US female prison population has grown by about 800% – almost double the rate of men.

“It’s one of the hardest things I have ever had to go through, being away from my children,” says Kelly Ibanez, a currently incarcerated woman. “My daughters are dealing with so much and I can’t do anything for them from here.” Ibanez is on year three of five-year mandatory minimum sentence. “It’s hard for them to come and see me all the time so cards, letters, photos, anything I get gives me hope in this place.”

Communication with the outside world is key to staying connected to loved ones. Unfortunately, many of us know someone who is incarcerated. The tentacles of mass incarceration has now surpassed the male prisons and many women are serving decades in prison for non-violent drug offenses. Topeka says, “We need to look more at the root of crime and what causes it, is it trauma related, is it mental health-related, was it due to substance abuse, is treatment an option rather than imprisonment? With any crime looking at the root and reason can lead you to alternatives to imprisonment that don’t lead to more trauma.”

It’s hard enough dealing with the circumstance, let alone staying consistently connected. Unless you have been in that situation, no one will understand the feeling you get when your name is called during mail call. With Mother’s Day right around the corner, I have a list of three companies who allow you to send cards to your incarcerated loves one with just a few clicks. 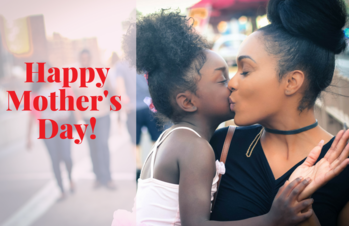 One of the few black-owned greeting card companies. They are an Atlanta based startup that allows customers to pick a culturally relevant physical greeting card and write a personal note inside using handwriting fonts that mirror real penmanship with real colloquiums from our culture. Through automation, they print, stuff, stamp and mail the cards directly to the customer’s recipients.

$2.99 covers unlimited postcards, this site also allows you to send money, web articles, letters, and photos. You can pay by the month or buy a subscription plan.

This app focuses on the children of incarcerated parents and allows them to upload letters and pictures that they would like to send to their parents. Photo Patch prints, packages, and ships the mail on their behalf.

This feature was written and submitted by Starling Thomas

Starling Thomas is an award-winning writer and director based out of Dallas, Texas. As a formerly incarcerated woman, she uses her platform to shed light on the ills of the criminal justice system. She is the host of Fresh Out Tha Feds, a podcast that gives voice to every woman impacted by mass incarceration in America. She is a vintage lover and her Utopia is a place where the food is not genetically modified, the government tells the truth and where the police actually protect us. Follow her @therealstarling