If you haven’t heard of him now trust now, when we say Thank Us Later! Meet R&B crossover dancehall singer, songwriter and overall sensation Kamrun Auradon. Kamrun is a recording artist Trinidadian/St. Lucian/American descent. Born in Clearwater, Fl. however, due to his Caribbean roots, Auradon would spend many holidays and summers in St. Lucia. Having the opportunity to experience cultures from South Florida to St. Lucia, Auradon reflects on his musical influences ranging from Reggae/Dancehall legends Buju Banton, Dennis Brown and Bob Marley to ATL Giants Rapper T.I and Young Jeezy. Sheen Magazine had the opportunity to catch up with the Afro Beats/Dancehall artist to discuss his friendship with Jamaican Reggae Artist Sean Paul, what sets him apart from other Afrobeat Artist, new single “Motion” and what you can expect from him in the future. Check it out in this Sheen Exclusive.

You mentioned your influences vary from Bob Marley, Dennis Brown to T.I and Young Jeezy, having such a broad range of music influence, how would you say it has affected your choice of sound setting you apart from other Afrobeat artists?

My sound has been developing forever. My grandfather was a calypso artist so I would go from listening to him to enjoying the Florida Trap South genre/sound. I was in love with it all. All the sounds of the music became a part of me. My style is Reggae/Dancehall but you hear the T.I. or Jeezy in my flow, not so much in my delivery but definitely in my flow. I want that authenticity, that feels good for everyone from the South to the Caribbean. 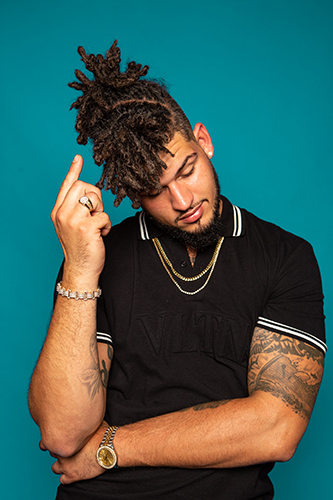 How has your friendship with Sean Paul and having that access to get direction or insight from one of your forefathers in the industry had an effect on you and how you choose to move in such a market that can be saturated?

It’s crazy because our friendship happened so organically. I was actually in the Balmain store in Toronto and I saw him and simply introduced myself. The crazy thing is my producer, Troublemaker had already pitched my record for a feature to Sean Paul; so once I saw him in the store I just felt the need to introduce myself. Sean Paul was so humble, we had a very human conversation. I played my record for him right there while we were talking, we exchanged contacts and our relationship has grown and developed more just from that one moment. He can relate to the sound I’m trying to accomplish. So it’s an honor to be able to go from Sean Paul being my inspiration as a kid to now being able to call him and he’ll listen to my project, give encouragement and uplift me. I’m proud to say I’m carrying the torch Sean Paul essentially created for artists like myself. 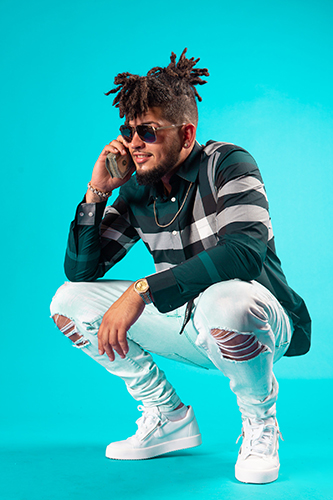 While traveling to the Southside of Kingston, Jamaica in your free time “Aura Don” was the name given to you by one of the leaders in the Rastafarian community; which translates into “Ruler of Energy or Boss Vibes,” would you say when you’re in the recording studio you take on a Boss Vibe or Ruler of Energy alter ego that comes out in your music?

Yes. A lot of songs I make in 20 minutes or are created by me freestyling. I curate the vibe in the studio to match the vibe I’m trying to make in the record. I synchronize the energy from the studio to the record. I believe the vibration and frequency of a record separate artists from making great music to timeless music. I want to bring back that vibration and unity in music. 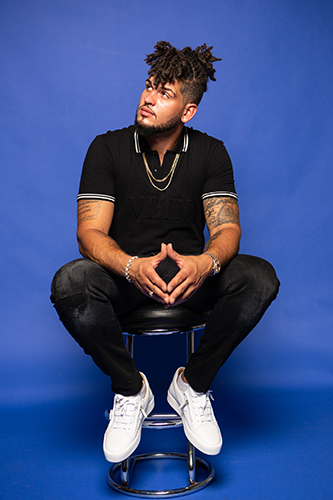 What was the inspiration for your new single “Motion”?

I’m not just Reggae, Hip Hop or Pop music. My sound is blended together. Every record is a story or a personal experience I have felt. To be honest, I attached the records “Motion” to Drake and Popcaan’s “Controlla” record. I remember being disappointed when Popcaan was taken off the original record, I guess because it didn’t sell much mainstream. However, I was dying to hear a record like that, a record that delivers an island feel and combines the two styles. I wanted to demonstrate how a Caribbean sound and crossover can be done properly. For me, it was important to do it myself and present the authenticity of my Caribbean roots. 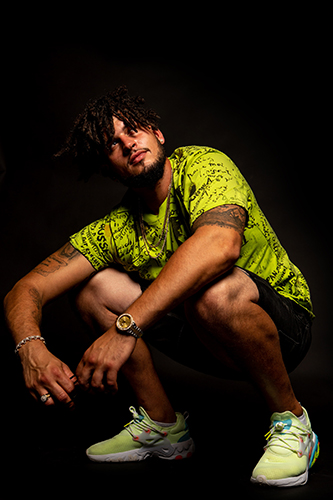 What can your followers expect from Kamrun in 2020?

In 2020, I’m heading back to Kingston, Jamaica to do a feature for a record with the legend Sean Paul. I’m bringing the heat and it will be turned all the way up! I have some news with Warner Brothers that my followers can expect. You can expect me on stage, selling out shows and more projects. I have a lot of things cooking up. Look for Kamrun to breakout in 2020!

Kamrun’s new single “Motion” is currently available on all platforms such as Apple Music, Spotify, Pandora, and more. 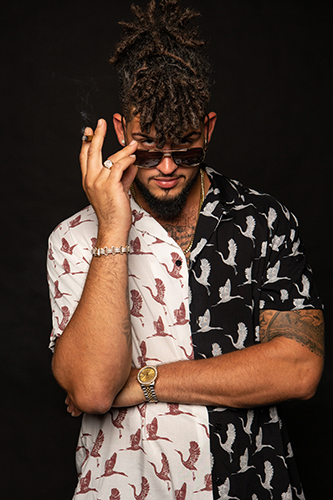 Stay connected with Kamrun by following:

M.A.E- Anything Be Possible