SHEEN Exclusive: Michael Ealy Discusses His Role on the Upcoming Film, ‘The Intruder’

Purchasing a new home can already be emotional for many buyers but when the seller is so attached to the home that he never leaves and starts terrorizing the new owners, the situation can quickly become petrifying. This was the case for the young married couple Scott and Annie, played by Michael Ealy and Meagan Good, in the psychological thriller Intruder, directed by Deon Taylor. Veteran actor Dennis Quaid plays the bloodcurdling seller, who turns from a pest to an outright assailant. The movie will be in theatres May 3rd.

In an inclusive Sheen Magazine interview, Ealy and Taylor both explained what attracted them to the project, the best parts of working with each other and what makes the movie different from what fans have become used to for Ealy who typically plays the handsome ladies’ man and bad boy roles in movies such as Think Like a Man, Perfect Guy, Barber Shop, For Colored Girls and About Last Night.

What drew you to this role?

When I spoke to Deon about possibly joining the film, one of the things he said to me was “look you may not like this but I don’t want you to be Ealy. He’s not handsome. He doesn’t think of himself in that way. He’s lucky to have a girl like Annie. I don’t want him to be anything like what you’ve been through before. He’s going to fight and get beat up. He’s got to be vulnerable. He’s got to be scared.” It’s not something I’ve done before. So instantly I was pretty attracted to the role and wanted to jump on board because that’s why we do what we do is to break the mode and not get stuck in one particular arena.

Speaking of fighting, your character had to get physical with Dennis Quaid’s character Charlie Peck. What did you do to prepare for those scenes? Was that you in those scenes or a stunt man?

That was all me. There’s only one scene in the movie where there is a stunt man in my place. Everything else is me. I really have to defer to Meagan Good for her stunts because she really went through it. She is tiny and trust me when I tell you she is ready to go though. Meagan has fire in her. She was fired up for those scenes. She brought as much as she could but Dennis is a strong man. Basically, I grew up playing sports and I’m a bit athletic. Working with Dennis he is a bit athletic so all of our scenes were choreographed and we had good control over ourselves. Now I did almost go over that balcony. I went over that balcony once but I caught myself before I fell to the ground but other than that we had no hiccups in regards to stunts. I didn’t work out for this movie. I didn’t try to get in shape. I tried to look like a guy who doesn’t work out and that was a stretch for me because I try to work out for each role so I can have the endurance to get through the shoot but for this one, Scott is a numbers guy. He’s in the world trying to figure out how to make these numbers work.

Which of the roles that you’ve played been most like you Michael Ealy?

I’d say the closest role to me would be ‘About Last Night’ at that point in my life. Where I am now, I haven’t played a character close to where I am now but that’s coming. I’ll be taking on more family man type roles in the future for sure.

What was the dynamic like between you, Megan and Dennis on set?

Working with Meagan was kind of overdue. We’d been in movies before but we didn’t have any scenes together. She is such a great person that I knew there would be no problems on set or issues. I knew she would be fun to work with and she proved me totally right. I can’t wait until we do something else together because she was absolutely phenomenal to work with. We had a lot of fun trying to establish Annie and Scott before we shot a frame of film. We put in a lot of work to make Annie and Scott a real couple with real issues that people could actually touch.

Speaking of real couples, you are married and have two kids. In the movie, Scott and Annie have an issue with him texting because he works late instead of calling. Have you ever dealt with that in real life?

I don’t think I’ve ever had that in real life. My wife talks about me never giving her a reason to go there and this is a woman who has gone to premieres and watched me make out with other women (on screen). I applaud her confidence but I think the key is don’t give them anything to worry about.

What was it like working with director Deon Taylor?

This was my first time working with Deon. I knew he had worked with some friends of mine so I called some people and asked them what they thought of him and reviews came back from three sources that I would absolutely love working with him and that he was very collaborative and he’s like an actor’s dream as a director. Having done now two films with him, I can honestly say it’s true. I can’t wait until we do another one. He’s a force that people don’t know a lot about right now but mark my words, in the next year or two you’re going to hear more from this guy and you’re going to understand why people are dying to work with him. He’s just that guy. One of the things I got to know about Deon was not only his energy on set and how enthusiastic and creative he is but just his vision and learning to trust in his vision. For me and him to do our second film together finding that shorthand between us that was something that I only have with one other director and that’s Tim Story.

In Perfect Guy and Intruder, you were on completely opposite sides of the spectrum. Which was more fun to do?

To break bad with a guy like Carter in Perfect Guy, you’re not going to get that opportunity to do it very often. Quaid is an actor who has been in the game for over 40 years and it’s the first time he’s done it. For me and my career, Perfect Guy was a game changer.

What is your next big challenge?

I think the next challenge for me is not in film but in television. The next challenge for me would be to play a character that I enjoy and that challenges me long term. To find a five-season arc on an epic show. I think that’s the next challenge. I think you can do movies but they don’t make the kind of movies now that I came into this business to make. For me, some of the better writing and better ideas are happening in streaming television. So for me, that is the next big challenge. You get to just play on a canvass for a few seasons and really explore all the depths of the character through it all to the fullest. 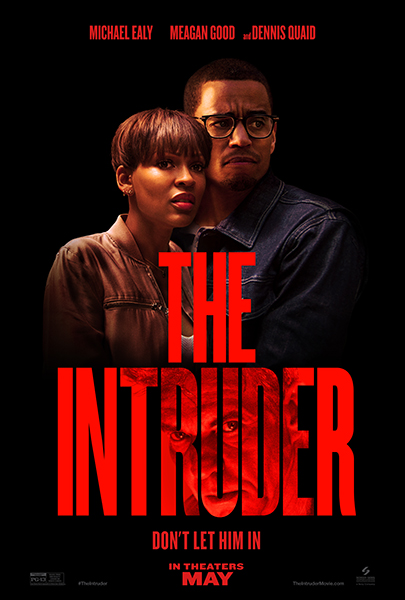