Angela White better known as Blac Chyna was introduced to us in a drake verse, then in Tyga’s “Rack City” music video. Tyga and Chyna’s relationship led to the birth of her first child, Cairo. The relationship ended in a very public, tumultuous demise once it was confirmed that Tyga was indeed dating Kylie Jenner one of Chyna’s closest friends, younger sister.

Every since that betrayal, Chyna has been one of the most talked about pop culture influencers in the business. There has been many opinions about her character, come up, and motive behind dating Rob Kardashian and birthing a beautiful baby girl named Dream with him following the Tyga and Kylie fiasco.

Regardless of the blogs, the drama, and all the hearsay about Chyna, you couldn’t help but to feel and resonate with her on another level after watching the super trailer from her new docu-series on Zeus Network, “The Real Blac Chyna.” The trailer and first episodes dives right into the relationship between Chyna and Tokyo Toni aka her mother. The first episode is so raw and transparent. Chyna is holding a conversation with her mother about her not being around as a child and her mother becomes irate, begins making threats, cursing her daughter, and even steps to her ready to fight. Chyna’s mom makes very vulgar comments and even tells her daughter to kill herself. This type of communication between a mom and daughter should never occur. Watching her mother address her worse than people on the street, on a public platform was disheartening for me but so many people also deal with the same issues.

Despite the situation, there are certain things that a child, a daughter, a son should never hear coming out of their parents mouth. No matter what the press has published about Chyna, we all felt some type of compassion and understanding towards her after seeing the type of parent and energy she has been raised by. Why is it so easy for women and mothers to downplay a father’s actions in his child’s or children’s lives but it’s almost taboo to speak about a mother and her motherhood skills. We’ve neglected the topic for too long, it’s time we have a real conversation about toxic mothers and their effects on their children. Praying that the situation and relationship between Chyna and her mom evolves, grows, and rids itself of its toxic nature.

Download the Zeus Network app and tune in on Sundays for new episodes of “The Real Blac Chyna.” 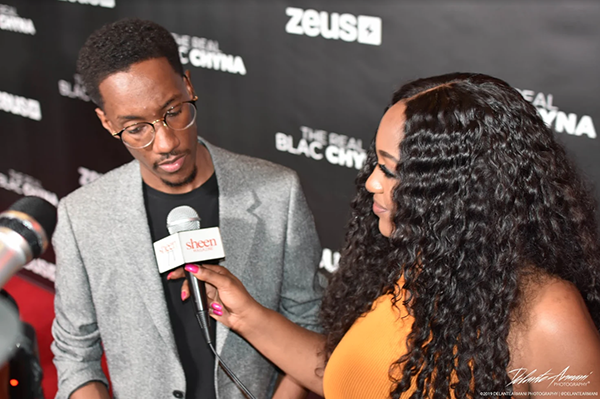 All images by Delante Armani Photography