Hogan is a 25-year-old ‘millennial-gone-wild’ wearing many hats, some including writer, producer, poet, publicist, creator and even a show-runner! The Howard University graduate has written dozens of poems, newspaper articles, has her own blog, but this time she’s stepping out of the box with the fresh digital series, ‘Á La Carte,’ something she says she realizes she’s been preparing for her entire life! ‘Á La Carte’ is an original scripted dramedy about the misadventures of the black millennial dating experience and one girl’s journey to the last place she ever thought she would end up… on the side.

‘Á La Carte’ tells the story of an unlikely side chick and the unfortunate circumstances of how she became that girl!

Hogan wrote the series because she had a story to tell and she felt that others could truly benefit from it. Ultimately, that situation spiraled out of control and brought her to a really bad place where she didn’t even recognize herself. It was one of the saddest and most difficult situations she’s ever dealt with, but she learned a lot in the process and the aftermath. In subsequent years, she found out that so many other women found themselves in or heading toward a similar fate and she didn’t want that for anyone.

Though Hogan’s past relationship experience wasn’t pleasant, she says the environment on the set of ‘Á La Carte’ was utterly hilarious. She says the hardest part was trying not to laugh out loud while they were filming. “The script was pretty funny, to begin with, but the cast just elevated it to another level and I couldn’t be happier with how my vision was brought to life,” she said. 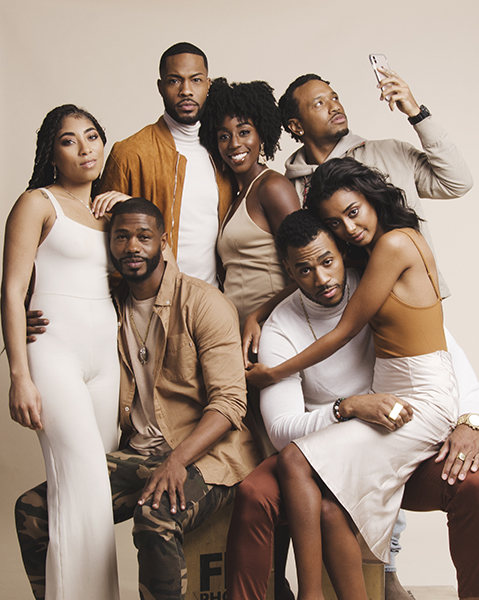 Tune into this exclusive interview with Breanna Hogan below!

What prompted you to want to become a writer?

I’ve always loved writing. I can remember it being one of my first true forms of expression. I used to write poetry as early as I can remember. It wasn’t until I got to high school that I learned I was a “good writer.” Writing is something that has always come naturally to me, so I didn’t consider it to be a skill. I actually thought everyone wrote like I did. It wasn’t until my Advanced Placement English and writing teachers started giving me such positive feedback, that I realized not everyone could write like me. Then I fell in love with television, which these days is basically like visual books. And one day, I had a story of my own to tell, so I sat down and started writing it.

Tell me a little bit about your experience working on the two-scripted digital series, ‘Giants’ and “Milk + Honey’ on Issa Rae’s YouTube channel?

My experience working on those two digital series were great and they definitely inspired me to create Á La Carte. I am a professional publicist, which is what I did for both series: I worked with press to get media coverage and increase visibility of the shows. But in the process, I learned so much about just how powerful a digital series can be and how we’re in this amazing time when young, black creators are literally changing the landscape by creating our own opportunities and knocking down the doors of Hollywood instead of waiting to be let in. The creator of Giants, James Bland, has been such a big inspiration to me. I worked with the show from its first season and I watched it grow into the multi-Daytime Emmy Award-winning juggernaut that it is today. The experiences gave me the courage and the know-how to tackle something like creating and independently producing high-quality content that rivals big-budget network/studio productions.

Now, here you are with Á La Carte! First things first, can you tell me why you chose to title the series, Á La Carte?

I wanted the title to be clever and illustrative of what the show is about. The definition of Á La Carte is “items separate from the main dish,” aka side pieces, which is also a colloquial term for “the other woman.”

If you could give any advice for millennials looking to date, what would it be?

My advice to millennials on the dating scene is to be patient. Don’t compromise yourself and your values or lower your standards to match that of the millennial culture’s because it’s not worth it. Wait on yourself and hold out for the person who deserves you.

Why exactly did you write Á La Carte? Did you just find it really relatable?

I wrote the series with the hopes that girls and women alike would learn from my mistakes and make better decisions. I hope that women see themselves and see that they deserve better, they are worth more and should NEVER settle for second place. I also wanted to hold a mirror up to the millennial dating culture so that we could see the faults in our ways. Women aren’t blameless and sometimes we play a huge role in our own misery. There are certain behaviors, habits, and decisions that we make that lead us to certain results. I also wanted men to watch and see themselves and how their actions affect women. My hope is that they see their sisters, cousins, mothers, daughters, and girlfriends in the show’s female characters and never want to be the reason a woman cries herself to sleep at night or doesn’t feel good enough.

What was the writing process like for Á La Carte? About how long did it take?

The writing process was very long, tedious and meticulous. Because I had never done or even studied screenplay writing, I had to teach myself. I’m a visual learner and I learn by example, so the first thing I did was read scripts. I read about 20 to 30 scripts for the pilot episodes of my favorite shows, including Grey’s Anatomy, Scandal, Shameless, Homeland, The Good Wife, Being Mary Jane, The Wire, and The Office. That’s how I learned how to format a script and structure a story for television. Once I had that figured out, my natural writing and storytelling instincts kicked in. What took the longest was dialogue, I’m big on dialogue. There’s nothing worse than trash dialogue that sounds unnatural or doesn’t match the tone of the show. Good dialogue takes a long time to come up with and sometimes, I’m just not in the right state-of-mind to do great writing. Ultimately, it took me about 2 years to write the full six episodes.

Was it difficult for you to express that you have been a side-chick personally? Do you believe other millennials are afraid to admit that sometimes that is just reality?

For a long time, it was definitely something I was ashamed of, especially since I always judged women in that situation and swore I would NEVER be that girl … but never say never. To this day, it’s still not one of my proudest moments, but, honestly, the experience did forever change me in so many ways. It was a learning experience, to say the least. The older I got, the more I realized just how many women find themselves in that kind of situation. It’s way more common than you’d think. Often times the media either glamorize or demonizes the woman in that position, but rarely do you see the middle point on that spectrum … and that’s the story I wanted to tell. I do think other millennials are afraid to admit the truth about being in that position: to their family, friends and even to themselves. I was very apprehensive about telling my story and opening myself up to scrutiny, criticism, and judgment, but what gave me the courage to go through with it is that I wanted to prevent women from ever finding themselves in such a situation. 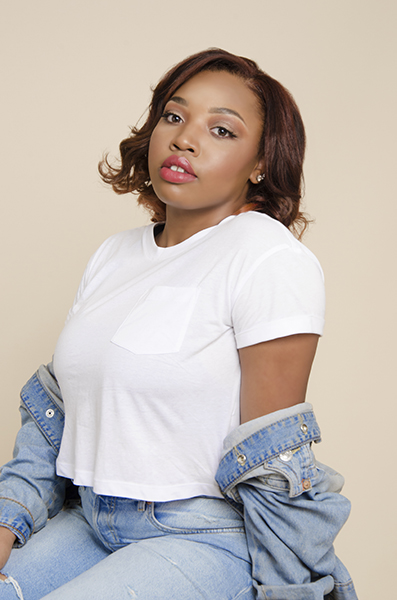 What is it like working with Giselle Johnson and Chris O’Conner? How much of an impact have they had on this project?

It’s been great working with Giselle and Chris, but my whole team was really A1. My amazing boyfriend Jeredon who shot, edited, and also executive produced the show. My director, Dijon Talton who also executive produced the show. My little sister, Jasmine associated produced, set designed and manages our social media pages (@alacarte_theseries). My associate producer, Dot had locations on lock and Sierra killed it with casting. And then there’s the full production team. Too many to name, but I’m so thankful to everyone who had anything to do with Á La Carte.

If someone asked you why watch Á La Carte? What makes it different from any other dramedy…what would your response be?

I would say to watch Á La Carte because you haven’t really seen anything like it before. It’s a combination of all your favorite classic shows. It’s Sex & the City meets Girlfriends meets Insecure for twenty-something millennials. Most of the mainstream shows focus on either the college age or 30+, but there’s a middle ground that we don’t really see too often. Well-written, meticulously composed and produced to high-quality, Á La Carte is rich with complex and multi-faceted characters of color who we all can relate to. It’s relatable, it’s funny, it’s everything that’s missing from mainstream television about people of color.

All images by Kim Preston