Southern Rap Legend, Tela Is Celebrating Life and Is Set to Perform in Atlanta At Freaknik

Rap Legend, Tela James took a long hiatus, but he’s back and more powerful than ever with the same smooth southern style we know him for. With his signature good looks and appealing voice, he just dropped his hot new single, “Celebrate,” produced by Grammy Award Winning record producer, musician, and songwriter, Blac Elvis. Tela started his career with the Suave House record label, then later went on to work with J. Prince, under the Rap-A-lot record label out of Texas. Tela is known for mega-hits such as “Sho-Nuff” featuring 8-Ball and MJG, “Tired of Ballin” and “Sex Faces,” which also featured the rappers Scarface, Too Short and Devin the Dude. With decades in the industry, Tela brings us new music that captures the essence of how he feels about living his life. “Celebrate” is the lead single off of his forthcoming, “Grown-Rap Project,” which masterfully infuses the genres of Hip-Hop, Blues, and Jazz. The Memphis born rapper has seen a lot and experienced enough ups and downs to know how blessed he is. He’s in a great place and this album comes right on time.

I had a chance to sit down and chop it up with Tela about the Atlanta Freaknik he’s performing at on June 22, 2019, along with what he’s doing now and what kinds of things are to come. We covered a lot of ground in our discussion. You can take a look at some of it here.

Tell us what you have been up to aside from releasing your hot new single, “Celebrate.”

It was one of those things, I really have not taken a break from it. You always do music, I think once you’ve started, you’re always gonna do it, even if you’re not seen in front of your fans. And I will go on to say, it’s not a good idea to go on a hiatus if that’s what you want to call it. For me, it was just one of those things because I can be a perfectionist about my music. And if I don’t have certain things, I can’t get the sound across that I was looking for. So, I was like, I’m not putting out any records right now. After the deal that I did with E1, it’s like the business structure changed a lot, so I found myself kind of slowly fading from the scene, but I was still doing music. So, I said, let’s shoot the shot. My friends, my supporters, my day ones, they’ve been asking for music. I can still do it…I can do it, so let’s do it. So, that led up to Celebrate, let’s throw this out and test the waters. Let’s do a record that brings some light to it. This record is produced by Blac Elvis, and the vibe is just, Celebrate life. So, for me, the record is structured around a woman, the beauty that she brings. I look at life as a woman. And the crazy part of it too is because a woman can be crazy, and life is crazy. 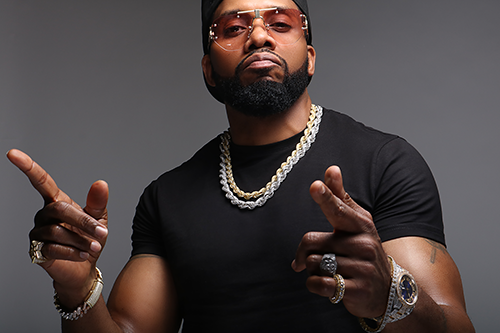 In your opinion, how has rap music changed from when you first started in the nineties up to now?

Yeah, they got different plugins now and of course, sound is gonna expand. Even with what you would call, back then, they are still using things from a trap perspective. If you take trap drums, they’re the same drums that came out of the 808, but they’ve been tuned differently, you know. Now they stretch the sound, they tighten them, make the highs brighter, it’s the same sound they just elaborate on them, they push it. One thing that I can say, and once again, this is not slighting where music is today with our young peers who that put it down, but more people sound alike now than when we were out. Listening to Piece of Mind, you couldn’t find another album that sounded like that. You know when you had Tela’s, “Piece of Mind’, you got Tela’s

“Piece of Mind.” Now, ok, if I get Designer and put on one of Futures records, it’s like, I don’t know which one it is. Another thing I have noticed with some of today’s music is it has the same pattern and cadence. Even I have had to play with that cadence because it’s like, if I don’t speak to you like that, I don’t know if you’ll understand me. But yeah, that’s the difference. That’s what I catch first. If you got a Ball and G record or an Outkast album, you knew it was them.  Snoop sounds like Snoop, Cube sounds like Cube, Pac sounded like 2Pac, everybody was their own brand and had their own sound. 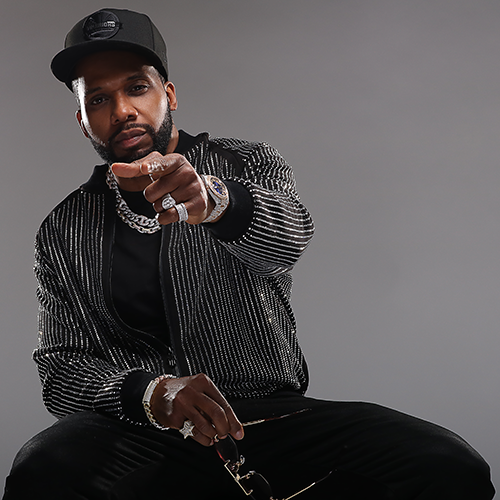 What was it like working with the Rap-A-lot label?

It was strange, it wasn’t strange on the fact of me working with J, or my label mates you know, it was just the time and space I was in. More because of how I left Suave House and went into Rap-A-lot. Today, being so much more evolved, now I can really articulate it. It was anxiety, you know what I’m saying? The type of anxiety that I couldn’t escape, so it didn’t allow me to be the artist that I knew I could be. That’s the part about it that I regret. If I knew how to get out of that space, but I didn’t, it was like the frequency that I was on, it had to be something in me that wasn’t resolved that attracted problems, or drama. And when you’re like that, you don’t really get to smell the roses, you’re just kind of there. That was my experience. Coming out the gate, J gave me as many tools as possible to be successful. I got access to capital, access to a team, and we did good records. Everything that we did over there, I did numbers, but I’ve never had an album more successful than, “Piece of Mind.” 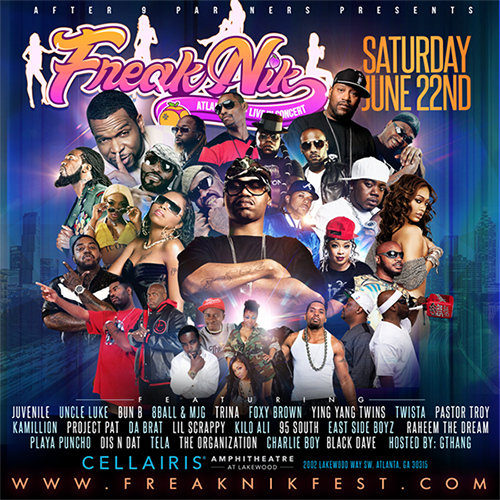 photo by After 9 Partners

Tell us about Freaknik in Atlanta coming up on Saturday, June 22, 2019.

My first time at Freaknik was back in 93’. I remember literally walking into different houses, the front door was open and you’re just sitting at the table eating good, smoking good, with people you’ve never met. It was that type of feel. Being in Piedmont Park, I mean seeing people around playing tribal drums, beautiful women like I’ve never seen before, I really felt like I was in Africa. It felt like the motherland, that’s how I felt. It was a beautiful thing. Of course, there was a lot of freaking going on and wildness, but I was able to balance all of that. So, speeding up to this 2019 Freaknik, I’m gonna put my piece in there. The line-up looks great…my brothers are on there, Ball and G, Jazze is on there, Luke, Juvenile, Trina, The Brat, there are so many acts. It’s gonna be nice. My piece is to bring that energy from 93’ to that stage, you know. I’m thinking if everybody pulls in that frequency, we will have that golden moment again. We’re gonna be 21 again out there. It’s a grown-folks event, and I’m looking forward to it. 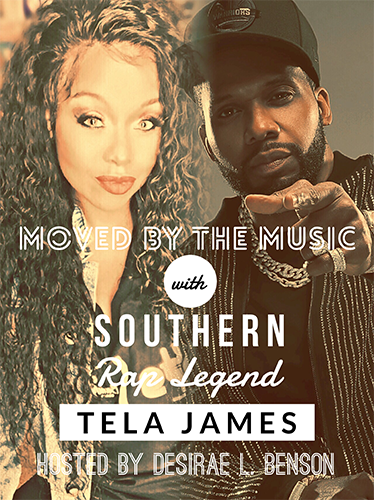 Tela had a lot more to say about his life, his music, industry friendships, plus more. Click here to listen and watch Tela James’ full interview.

Desirae L. Benson is a west-coast based editor, entertainment media host, public relations specialist, content editor, and the host of her own show, “Moved by The Music” where she interviews mainstream and indie artists who are doing great things in the music industry. She also has two other segments of her show which include, “The Person of Prominence”, “The Actor’s Spotlight,” and “Comedians Corner.” To learn more about her, you can visit her website, connect with her on Facebook and Instagram: @DesiraeBBB

All images of Tela James by AZU Studios