Ta’Rhonda Jones: The Queen is Here

We caught up with the bold, brown beauty, the Renaissance woman herself, Ta’Rhonda Jones, of the award-winning series Empire, who plays Porsha Taylor, the no filter & sassy assistant of Cookie Lyons.

The story goes that while auditioning for a lesser rap role on Empire, Lee Daniels advised Ta’Rhonda to just be her authentic self, and after auditioning, she was then cast as the recurring role and regular cast member. Quick on her feet, just like her character, Jones is full of impromptu words of wisdom. In fact, recently, during a mission trip to Africa, she was deemed an evangelist for how she prolifically she shares her voice, boldly sounding off the alarm of hope while encouraging others to dig deeper and find their voice. Jones freely uses her mighty words, whether behind the mic – on stage, opening for the living legend Lil Kim – or in front of the camera, know her life is a gift. 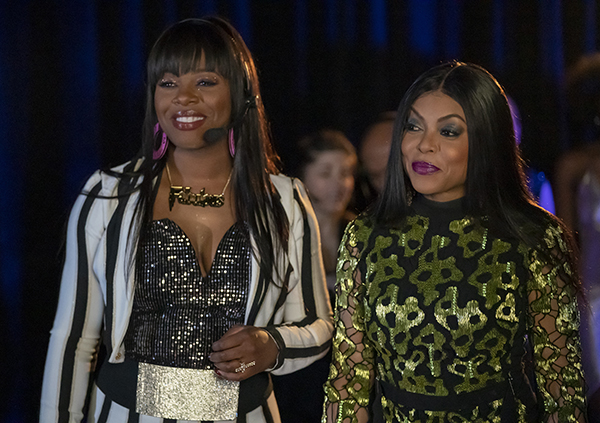 What’s next for your character, Porsha?

Empire is going on tour – yay! – and Porsha has been promoted to tour manager. Porsha will be a mirror of Cookie instead of being her assistant. You will see Porsha in another light. She gets to bend the rules a little and run things by being her own boss.

Originally from South Side Chicago, Ta’Rhonda was raised by her grandmother in a full home with seven other siblings. Jones pays homage to her Granny with her lyrics – on her new EP, The Queen Is Here – for being the most influential person during her informative years. For instance, Jones sings, “Granny showed the way – she saw a winner when others saw a loser.

We were wards of the state, and my Grandmother took all eight of us in from foster care. A no-nonsense type of woman, my grandmother committed to caring for us and she did it very well…Growing up, I didn’t have celebrities that I looked up to, and I didn’t have any type of youth mentors to empower me, but instead, my Grandmother’s wisdom kept me focused.”

Ta’Rhonda explains it was both “a curse & a blessing,” having a large family. However, she later realized the large family dynamic shaped her into who she is today.

“I remember wishing to be an only child, but now I feel sorry for those without siblings because it was so amazing living with them all.”

Jones Reflects On Her Childhood:

Not sure why, but my Grandmother always had several loaves of bread and a million ice cream cones in the cabinets. I remember us running out of potato chips, so we took those million and one Ice Cream Cones & put them in a zip lock bag, crushed them, and then mixed in some hot sauce – BAM, we had our very own homemade concoction of our delicious spicy potato chips.” Growing up in a big family made us all innovative, humble, and very creative. We learned to wait, share, and create our own games. We had poverty issues but barely noticed it because there was always someone doing worse than us. My grandmother taught us to take care of our business – go to school and make something out of ourselves, so we did.

It was during this time that an elementary school teacher introduced Jones to poetry as a form of expression, and Jones’ poems would become the catalyst to her hip hop dreams and eventual entertainment career.

“I later turned those poems into rhymes. It would’ve been ten, maybe eleven when I knew I wanted to become a rapper.”

How has fame changed you, your family, and loved ones?

Well, I went from cutting meat to working with Taraji P…fame changed some of the people around me – longtime friends were released, and it was painful but had to be done. Honestly, I was blindsided when my eight-year-old relationship ended with my fiancé, but now I have no regrets. On a better note, fame brought my siblings and I closer together.

How do you balance being the Jacktress of all trades?

I’m always on Go Mode-it’s all I know & when I have nothing to do, I still get up, and go! Truly, I am blessed with opportunities and I never take anyone or my blessings for granted.”

I noticed an Empire clip of Porsha on TaRhonda’s Instagram doing an impromptu freestyle spitting hardcore rhymes like: “Lately, I do this on a daily … I can promise you it ain’t no competition … I know everything they’re talking about is fiction … Call it how I see it, Y’all ain’t ready for the Vision … I am making something out of nothing – like a Magician. 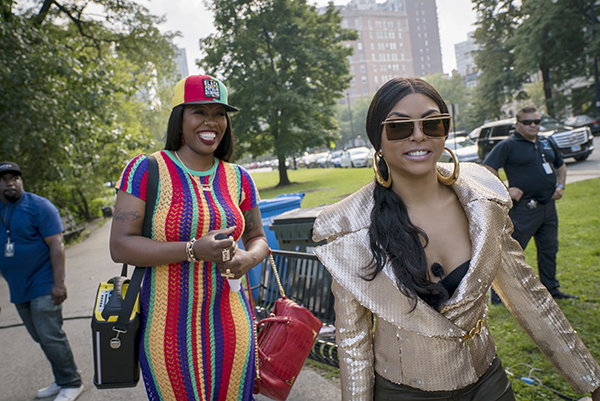 Building an Empire while Adjusting Her Crown:

Based on her Chicago roots and Granny’s wisdom, Ta’Rhonda Jones is gracefully taking her rightful seat at the throne she has built. Proud of her journey, and with joy in her voice, she shares, “I recently purchased my first home and did all my own interior decorating – & I love it!” With an undeniable passion for creatively expressing her story in order to empower others, Jones leverages her platform to influence millions to live out loud. “I believe that we all can make it if we do the work, and we are exactly where we’re supposed to be.

What we can all learn from Jones’ life is to never quit, while always gleaning and remaining patient when it comes to our craft. Ta’Rhonda was destined for the role of Porsha on Empire, and if you haven’t heard The Queen is Here, so go ahead and give her the props she deserves then enjoy the ride as the journey continues!

Be sure to catch Ta’Rhonda on Empire every Wednesday night at 8 PM on FOX.

Stay connected with Ta’Rhonda by following her on