Sheen Magazine recently had the pleasure to sit down with Kisha “Coach K” Simmons founder of Teen Kick to talk girl talk and power moves! From pushing to motivating to creating a much-needed lane for today’s teen in such a pivotal time, we were amped to pick her brain and under her why and how’s.

What birth the inspiration for Teen Kick?

Teen KICK was truly birth as a “God-idea.” Being once considered as an “at risk youth,” I was led to host a LifeTeam for teen girls at my church on the topic of confidence back in the summer of 2015. From the struggles of my adolescent years, I knew what it was like to not know who you are, and to lack the confidence to become the person you were meant to be.

That LifeTeam I hosted in 2015, tripled in the amount of attendees in just a few short weeks. At the end of the 6 weeks, the teen girls did not want our meet ups to end and it was because of this moment, I realized how important my influence was impacting these teen girls. 30 days after, I hosted our first conference where over 50 girls received back to school totes full of supplies, along with individual hygiene kits. This is where Teen KICK became a reality. The girls wanted more and God pushed me to continue creating an atmosphere where teen girls were able to come, receive great information on all areas of life, as well as share their most inner vulnerable thoughts in order to receive the proper help. Teen K.I.C.K acronym stands for (K)know who you are in Christ, (I)ignite the confidence from within, (C)dare to Compare NOT & Confidently speak, (K)keep moving forward past all obstacles.

One of the greatest challenges teens face today is depression and suicide. It is stated that teen depression has increased over 37% and suicide rates among teens are the highest in 40yrs. This is because teens deal with not owning their unique identity. Teens suffer greatly not knowing who they are and consistently compare themselves with the identities showcased throughout all media outlets. It’s estimated that in the United States alone, there are 3.2 million adolescents that have suffered a “major depressive episode just last year” (The National Institute of Mental Health). Because of this being one of the biggest challenges teens face, it is important to incorporate mental wellness in our education system in order to see these numbers change.

How can one be a better role model to teens?

Well, becoming a teen role model starts with literally becoming the change. Teens follow what we showcase through our walk, not simply what we tell them. Some of the greatest compliments received from some of the teens deal with how I truly walk out everything I teach to them. Becoming a better role model first deals with becoming better for yourself. You truly cannot help our future generation if you are not living better for you. Become an impact by what you do, not what you say.

What would you tell a teen who feels as though her life is too far gone to reconcile?

I would tell that teen, King David broke half of God’s commandments, Peter denied Christ three times, and Eve was the original baddie disobeying God, but God still used them all. Your failure is not fatal and it does not disqualify you. God can still use you, no matter what you’ve done wrong. All it takes is for you to ask for forgiveness from Him and for you to forgive yourself. Once you turn away from that sin, God can and STILL will use you. 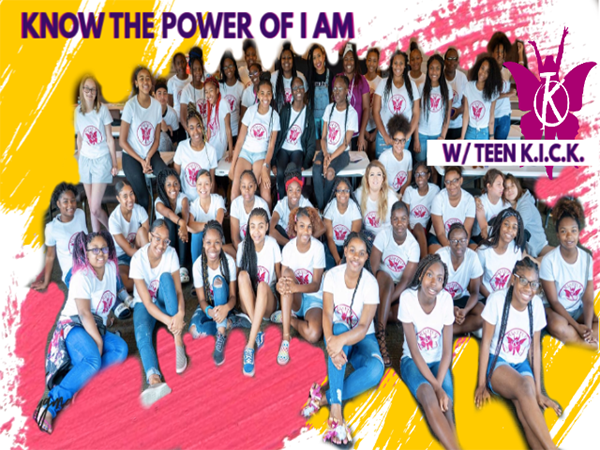 All images provided by Kisha Simmons