Terrell and Jarius are a married couple located in Atlanta, GA with their two children Ashton and Aria.  On April 25, 2019, at 9 pm, ET/PT. The Joseph family can be seen on the reboot of Wife Swap as the first African-American gay Couple, swapping with a Caucasian heterosexual couple. Never in the history of Wife Swap has there been any representation of the LGBTQ community, until now starting with Terrell and Jarius.  Before Wife Swap, Terrell and Jarius’ have managed to use their platform to inspire their followers and the LGTBQ community to be authentic to themselves and to never stop reaching for their goals.

What were your emotions when you discovered that you all would be included on a show prone to showcasing only heterosexual couples?

So to be honest we were terrified. We had no idea what to expect and even less of an idea who we would swap with. Somehow that made it all the more interesting. We had a mix of emotions from fear and anxiety of the unknown, to being completely excited for the experience.

What do you hope your appearance on this show will do for the LGBTQ community?

We are really hoping for just more positive exposure. We have always felt strongly about our family being “the exception” and breaking down the stereotypes that come along with being a part of the LGBTQ community. We are often misrepresented in the media, specifically television. We are excited to see how this may change those views. Even if it is just one person.

How did this help you understand the importance of learning the lifestyles of others outside of your own?

Once the experience was over, we really got a chance to appreciate one another. I think being with someone for so long, you get used to a certain routine and lifestyle. However, once that changes you really see just how strange it feels to be without them. It was an eye opener for sure. It also was the first time ever that Terrell was away from the kids so it was harder for him. Being able to experience the life of someone else is amazing. I am not sure if that will be evident in the show but it’s unreal to actually take on the role of someone else in a family. We had a lot of fun and definitely would do it again. 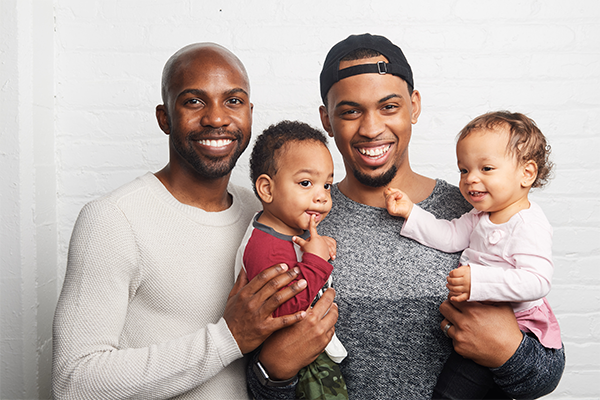 How have you dealt with the common issues of acceptance in the community when dealing with those who may oppose two men being parents?

It’s tough for anyone to feel like they are not accepted. We have had our fair share of looks, laughs, and discrimination. However, nobody really understands our family dynamic aside from us. Which is why we started our YouTube channel and even participated in Wife Swap. We wanted to break the stereotype that its “unhealthy” to be two dads and raise kids. We have heard it all before and have had to ignore it. Our kids are surrounded by love and that does not require a mom and a dad.

What was it like having to face the hot-button issues like politics, religion, gender, and race while trying to find some common ground while being on Wife Swap?

It was TOUGH! I think that caused us the most stress just not knowing what could be said or done that would be considered “too much” for us. In all honesty, we could have speculated what type of family we would be swapped with as we have watched the show in the past. So going into it, we prepared ourselves for the absolute worst. There were times where it got really heated with having to be forced to stay somewhere and hear the opinions of others in your own home. Or worse, in the home of someone else. I guess you will have to tune in to see if we did well or not.

What’s next for you both, is there a possibility of us seeing you with your own Reality Show soon?

That is a great question! We would LOVE our own show. It is funny because we laugh about how we will feel seeing ourselves on Wife Swap for our premiere date since we are so used to seeing ourselves on YouTube. We wonder if the feeling will be different knowing millions can see us. If we were to get a show, it would be amazing to follow us on our next journey as we look to have an additional child! So any networks or studios looking to add some much-needed diversity and positive representation to the LGBTQ community, feel free to reach out. 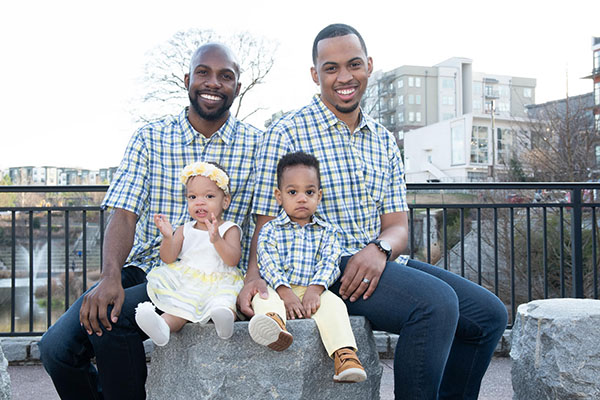 For more information on Terrell and Jarius, Please visit their officialwebsite.

All images by Drayton McJunkins