You know and love him from the hit ’90s show, The All-New Mickey Mouse Club but since then, Dale Godboldo has made a name for himself as a producer and philanthropist. He is an executive producer for the upcoming, Mickey Mouse Club Reunion which will reunite fans and cast members to celebrate the show’s 30th anniversary. In an exclusive interview with Sheen Magazine, Godboldo discusses his experience on the hit show and upcoming projects he has on his sleeve.

Tell us about yourself! What made you want to get into the world of entertainment?

Well, I have been in entertainment for about 30 years. I started as a very young man a couple of years before getting cast on The All New Mickey Mouse Club. For me, it was an opportunity to express myself. I started in kindergarten doing local plays. There is a funny story my mom always likes to tell. They were doing the auditions after school for the play. Our school ran from kindergarten to eighth grade so it was mostly seventh and eighth graders doing the play but it was open to the kindergarteners to audition. I asked my mom if I could stay after school and she said: “Absolutely not, you need to get your little butt home.” I skipped the bus ride home and auditioned anyway. For at least two to three hours, my parents thought that I had been kidnapped (laughs). Finally, they came up to the school and they found me. I said “Hey mom! Guess what? I got the part.” They realized at that point that there was no way they could keep me away from pursuing my art. They have been extremely supportive since and it really kicked off when I started off on the Mickey Mouse Club.

You were one of the members on “The All-New Mickey Mouse Club.” Do you mind sharing your experience?

One of the crazy things about the whole experience is that they had seven seasons and about 30 mouseketeers and they saw over 100,00 kids around the country. They traveled around, looking at kids, mostly from middle America. They wanted the kids that were authentic to America. Because of that, the experience was extraordinary. You had some of the most talented kids in the country that was still raw, still developing and excited about the business of entertainment. We were from all walks of life and we all learned and grew from each other. That environment fostered a drive toward excellence and the support to achieve it. I believe that there is a reason that so many of us were able to achieve the levels of success that we achieved later. It was the mentorship from the executives, the production team, Disney, the education, I like to call it a performing arts academy, and entrepreneurship academy. It led to most of what I do today including my philanthropic work, which was fostered at that time period.

Tell us about the Mickey Mouse Club 30th Anniversary Reunion and your role as executive producer.

We wanted to take advantage of the 30th anniversary and get the band back together! One of the things that we really wanted to spotlight with this reunion was to promote the ideas of diversity and inclusion, something that Disney was doing way ahead of anyone. Disney was doing that in 1989. We wanted to share that but we also wanted to celebrate with our fans the 30 years of support. This is a celebration of Disney as Disney ambassadors, we take great pride in that. It is a fundraiser. 100% of our profits go to benefit Give Kids The World Village, a longtime charitable partner of Walt Disney World and onePULSE Foundation and supporting their efforts to promote diversity and inclusion. The event takes place May 17th-19th at the Epcot Center as well as MEGACON Orlando. It is hosted by our dear friend, Joey Fatone so we’re really excited about that!

What made you want to create Always in the Club Foundation?

It’s a tease in the name. Several years ago, I wanted to start to communicate what the Mickey Mouse Club meant to me, in terms of not only my career but deeper than that, how it instilled in me a sense of philanthropy and giving back and overall education. We came up with the slogan, “Once in the club, you’re always in the club” so that is how the foundation name came about. The point of this non-profit program is to promote youth arts and education. We like to promote other non-profits and programs that are supporting at-risk youth and underserved youth in their education and those that utilize the arts to do so. We are very proud of the organization; it is currently a program of my 501(c)(3) called the International Arts & Philanthropy Foundation. Always in the Club launched an initiative called “Project Now.” The initiative’s purpose is to rapidly address the educational needs of at-risk youth specifically as well as support youth entrepreneurship. As mousekeeters, we were taught to be socially conscious entrepreneurs with our brands. There is a reason so many mouseketeers run businesses. That was all fostered during that time period and I wanted to use that as an example to show the power of sustained institutional support of our youth, what that can achieve and you can turn on the television and see what that achieve (laughs).

Are there any new projects you can give us insight into?

Right now my focus is on the All-New Mickey Mouse Club Reunion coming up. It is all hands on deck, 20-hour days, collaborating with dear friends but also major organizations like Walt Disney World and MEGACON Orlando.

The Mouseketeers are coming home!

You can purchase your tickets to
The All-New Mickey Mouse Club Reunion by clicking here! 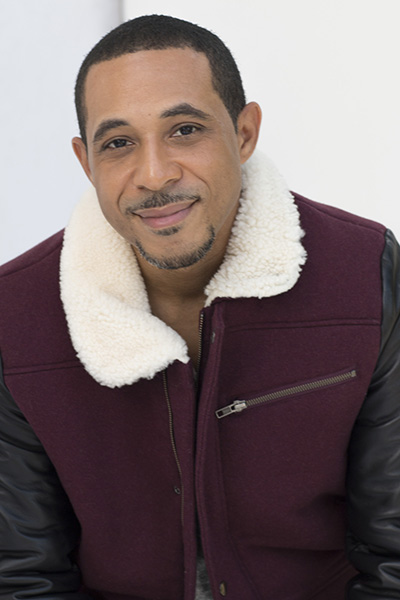 For more on Dale Godboldo, be sure to follow him on