You know may know Tim Johnson Jr. from his show-stopping performances on FOX’s hit show, The Four. To no surprise, he captured the hearts of millions across the nation because of his smooth vibe and fun-loving personality. Not only is he a musical beast but he kept me laughing throughout our entire interview. His old school vibe and voice gives listeners chills every single time! Check out our exclusive interview with music sensation, Tim Johnson Jr. below!

Do you mind telling us a little bit about yourself? What made you want to pursue music as a career?

I’m from Philadelphia, born and raised. Back in the day, my dad was in a gospel group so I grew up around a lot of music. My dad found out that I could sing when we were driving home from a restaurant. I was singing a song in the back of the car and when he asked me what song I was singing, I told him I made it up! He said, “Okay! We have to do something about this” (laughs). We had a studio in our basement where my dad would produce his records. I started off singing in the studio and then I began to branch out into theatre in school. I was in Oliver! at the Walnut Street Theatre in Philadelphia and a parent came to my dad and asked if I had ever tried out to be in Lion King. It was funny because I would go to different auditions and parents would ask my dad that. Three days after Oliver! ended, my audition for Lion King took place. I felt so good about it and told my dad we were going to Las Vegas not knowing I had like seven more callbacks left. I found out that I was going to Lion King in Las Vegas at just ten-years-old so I moved out there! My family and I moved out there and prayed on it because if I was going to go out to Las Vegas, my next stop was Los Angeles.

Tell us about your experience on FOX’s hit music competition show, The Four.

The Four was so much fun! It was crazy because I was shooting a television show at the time that they contacted me. One of the producers contacted me on Instagram and began calling me but I couldn’t do it because of my contract with a television show. They called me later on and I was in a contract with a movie that I was doing called, ‘Meet the Blacks’ which is coming out later this year. After that, I came back home and they called again so I decided it was time for me to do it! It was such a great experience, it taught me that its cool to be yourself and that was a lot of the songs that I sang on the show because I love old school music.

What artists inspire you and why?

I guess the top artist that I’ve admired since I was a kid would have the be The Jackson 5, Michael Jackson, Stevie Wonder, Al Green because I grew up listening to it. From the jump, I knew their kind of feel was what I wanted to create in my music. Now, I love PJ Morton and Chloe x Halle.

You recently released your second music video, “Late Night Jammin’.” Tell us about the inspiration behind creating that single.

It was funny, it was a late night (laughs). I had this song with a melody in my head and decided to record it. I recorded a video of me singing it and I put it on Instagram the next day. I asked my followers if they liked it and most requested for me to make it into a full song.

Beyond the music, what does Tim Johnson Jr. enjoying doing when he’s not creating music?

I love acting, hanging out with my friends and family, dancing, and writing. I’m working on some short films right now.

What can we expect to see from Tim Johnson Jr. in the future?

That’s a good one! (Laughs) I want to continue on this path and continue growing. I have some projects that will be coming out and a show on Hulu called, Future Man, which is one of Seth Rogen’s shows. I’m also going to be in the film, Meet the Blacks, which will be coming out later this year. You can expect more music and a new music video coming out soon! 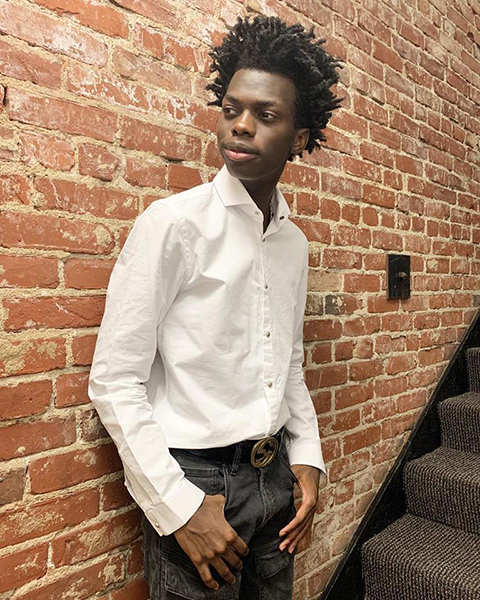 Stay connected with Tim Johnson Jr. by following him on