When you put the word, power in a name, it’s bound to be electrifying. No doubt, the band that was formed by the iconic musician, Prince, is still going strong. Back in October of 2016, the New Power Generation’s Band Director, Morris Hayes, put the band together for the official, “Tribute to Prince” concert. After an awesome reception from the crowd for their incredible show-stopping performance, they decided to come together and take the band on the road. “Celebrating Prince,” is a spectacular tour that embodies great music and the beautiful energy of the band. We are so glad they decided to do this, because their music is not only full of life, it’s inspiring to so many who love Prince and his incredible musical contributions.

Understandably, the band was close to him and shared many experiences and memories. Prince consistently surrounded himself with awesome musicians and the members of NPG set the bar high as performers and as great friends. Although Prince is no longer with us in the flesh, his legacy will forever be alive. NPG worked with him from 1990 on, and many original members knew him much earlier than the bands actual inception. NPG also did, “Hit And Run Phase Two,” Princes 39th and final studio album before his death in April of 2016.

Prince sold over 130 million records worldwide, which makes him the best-selling music artist of all time. He described his band as, “The best band ever,” and they certainly have shown and proved to be just that on countless occasions.

The band is made up of fabulous and supremely talented musicians who have traveled the world and have a wealth of experience. From an early age, music has been a big part of all of their lives. In asking Tony M about some of his earliest music memories, he says, “My mother always said when the music came on, I would just move, even as a baby. My earliest recollection of when music really hit me, was my very first concert, which was a James Brown concert that my mother took me to. I got to go up on the stage and I loved it, that always stood out for me.” Although the band members change from time to time, the NPG alumni are at the source of their spectacular and captivating energy. During performances, they focus on Prince’s entire musical catalogue, with NPG songs such as:, “Gett Off’, “Cream”, “7”, “Diamonds and Pearls” and “Sexy MF.” We can’t forget about songs like, “1999,’ ‘Let’s Go Crazy’, “Pop Life’,” “Sign O’ The Times”, “Purple Rain”, “U Got The Look” and “Kiss.”

I had the pleasure of speaking with three members of the NPG. Morris Hayes is a legend in his own right, who joined the group in 1992 and served as the official Music Director and plays the keyboard. The incredible Tony Mosley, who plays guitar and raps, joined the NPG in 1990. The newest member, lead singer, MacKenzie, fits right in and puts on stellar performances. Mackenzie even reached the semi-finals of America’s Got Talent 2019, accompanied by Morris Hayes. With a history of growing up around music, MacKenzie performs from the heart and uses his knowledge of Prince to bring out the best in himself, while paying homage to him. You can check out some of the “America’s Got Talent” footage here. The other awesome members are: Sonny Thompson (bass – joined in 1990), Damon Dickson (percussion, background vocals and dancer – joined the NPG in 1990) and Levi Seacer Jr. (guitar- joined in 1990) Lead Guitar—Homer O’Dell, of the Minneapolis based Grammy Award winning band, “Mint Condition,” (Drums), Les Cleveland (protégé of NPG drummer John Blackwell (RIP), Sax/Flute, Kenni Holmen, who is also an original member. So many wonderful musicians have worked to make NPG great! Others who have joined them on stage in the past few years include: Chance Howard (keyboards), Mono Neon (bass), Mike Scott (guitar), Ida Nielsen (bass), Josh Dunham (bass), Andrew Gouche (bass), Kat Dyson (guitar), Keith Anderson (sax player in the NPG Hornz), and/or the entire ensemble of NPG Hornheadz (1990-1996), Prince’s life-long friend and musical collaborator, Andre Cymone, NPG vocalists Kip Blackshire, Shelby J, Liv Warfield, and Tamar Davis.

During our interview, we discussed their history, their memories of Prince and their friendship with him—including some really funny stories. We also talked about what’s next for the band and their upcoming tour dates. Read a portion of their interview below!

Mackenzie, with the fame that you’ve gained and your AMAZING voice—like wow, I’m still blown away from that beautiful America’s Got Talent performance of “Nothing Compares To You,” that you dedicated to your beautiful wife, Denise. What do you do to keep yourself grounded with everything going on with your career?

I don’t really feel that I have a problem with that, and I think that goes back to how I was raised. I don’t take my gifts for granted and I understand that it has been given to me and I’m just supposed to be a good steward over it. My job is to spread love, make people smile and bring joy to people. So, for me, it’s a privilege. Whatever opportunity that I’m blessed to have, I don’t look at it like, I did this or did that. I am still standing there like a kid in the candy store in admiration of these guys. I mean they’ve been to the mountaintop. I also understand that it can be taken away from me at any moment. I thank my mama for that. 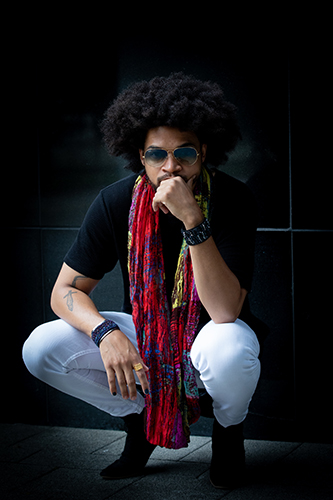 Now it was very evident that Prince surrounded himself with top notch musicians, NPG, is the best of the best, and he even referred to the New Power Generation as the “best band ever.” It’s your style, sound and vibe that puts NPG in a class all by itself. What did you learn most from Prince as a musician and as a friend Morris?

Of course, being there that long, I learned a lot from Prince. One of the things that I took from him, being a master band leader is, it’s not a mistake until you stop. A lot of times people won’t know you’ve done something unless you give it away. It’s all in how you approach it. I mean, Prince was so good that he could make a mistake and repeat the mistake like he meant to do it. The show must go on, keep it moving. The crowd came to see a good show. One of the things that he always said, was to respect the music. If you do that, you’ll win. That’s the biggest thing that I took away from him. Respect the music, whether there’s ten people or ten thousand. 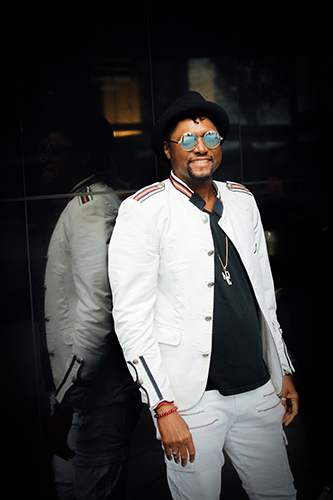 Tony, what about you? What did you learn the most from Prince?

I would have to say that there were no boundaries, there were no ceilings. I came in as a dancer, then he found out that I could play the guitar and write lyrics and he said, “You’re not just a dancer from North Minneapolis, I put you up front for a reason, I see something in you that you don’t even see yourself.” That opened up my mind up to a whole other way of thinking. I would have to say that he expanded my view immensely, just from that simple statement. 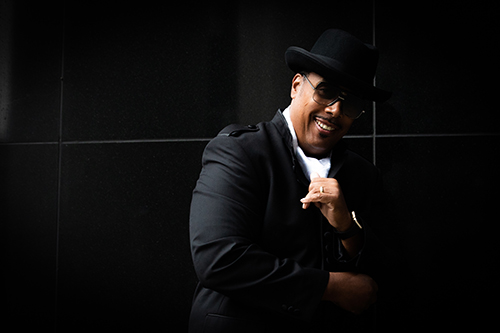 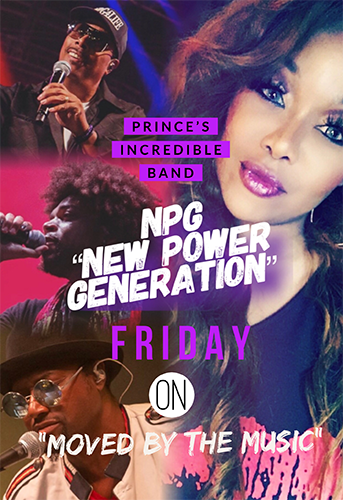 Desirae L. Benson is a west-coast based editor, entertainment media host, public relations specialist, content editor, and the host of her own show, “Moved by The Music” where she interviews mainstream and indie artists who are doing great things in the music industry. She also has three other segments of her show which include, “The Person of Prominence,” “The Actor’s Spotlight,” and “Comedians Corner.” To learn more about her, you can connect with her on Facebook and Instagram: @DesiraeBBB For media inquiries, contact her at, DesiraeBBB@gmail.com

All images by Peter Lodder