Music in the 90’s gave us Hip-Hop legends like Tupac Shakur, Nas, Jay-Z, and Biggie Smalls. The controversial genre of music that was often misunderstood, was also the poetic version of struggle and life that many listeners could relate too. New York City was the Mecca for Hip-Hop in the north, Los Angeles was the stomping ground for hip-hop in the west and Atlanta was the diamond in the rough in the south. And while many were bumping to the sounds of east coast and west coast vibrations, the south had a sound and style of its own. Atlanta is the home to many hip-hop legends from Pastor Troy to Outkast to Kris Kross to Goodie Mobb. It has influenced the music scene for over 25 years and counting and has helped create such a sound of music that can be recognized both nationally and internationally.

Named one of the Top DJ’s in the World and one of Atlanta’s most notable hip-hop artist groundbreakers; Decatur, GA native DJ Scream, discovered his passion for music right at home;

“I started Dj’ing in my bedroom during my teenage years. I was inspired by what I saw on tv from shows like; Yo MTV Raps and Rap City in the Basement and also movies like Juice, that highlighted the art of the DJ. The cool end game, of course, was to become a rapper but in my short two-day career of becoming a rapper, I discovered that it wasn’t going to be the career for me. I began to gravitate towards the people who were behind the scenes making things happen and that was the DJ. I saved up my pennies and bought my first turntables and my first records and went into my bedroom to begin working to perfect my craft.”

Keeping education at the forefront of his mind, Scream pursued his Engineering degree from Tuskegee University. While attending the prestigious HBCU, he began circulating the club scene to build his reputation and his career.

“Tuskegee is a very small town in Alabama, so it was easy to DJ gigs at clubs locally and then build up to be able to come home to Atlanta and do college events here. I started doing radio and worked at college stations in Georgia and Alabama. Creating mixtapes began to be a new wave for me, helping artists to find their sound and create new music was how people began to recognize my name.” 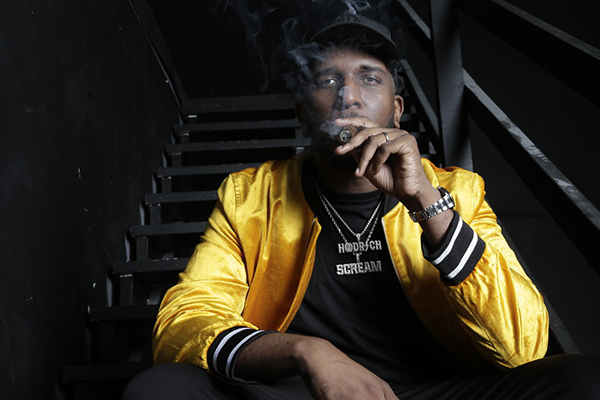 Music is ever-evolving and hip-hop is a style that gives a voice to both current and older generations, Scream says; “Hip-Hop is an art form that has been around for over 40 years, It’s the expression of what’s going on currently. I was a big part of the crunk movement along with Trillville and Crime Mobb and we were misunderstood. People would say “These people are crazy, they are jumping around, and they are doing this and doing that”, but what it was, was Atlanta was just the party mecca of the world. People came to Atlanta to party and we gave you that. That’s what hip-hop does, it gives you feelings and emotions. That’s something that will forever change and re-invent itself over and over again for each generation. The issues of the ’80s and ’90s, aren’t the same as that of 2019. So, in essence, the stories have to change and keep flowing.”

Currently the ladies of hip-hop are taking over and for some, it’s a welcomed change and for some moguls, it’s not; “I’m elated that the women are getting it. Especially regardless of your race or color, if you work hard, perfect your craft and let your voice speak boldly, I’m here for it. Female MC’s have always had a way of shaking up the hip-hop industry from MC Lyte to Queen Latifah, they have been bold and blunt about their topics and these ladies of today are following that. Can’t be mad at their expression because it’s their truth. Let the Hot Girl Summer be, let them have their fun. The Lauryn Hill is coming, the balance is coming. Kendrick Lamar and J-Cole came to balance things out for the guys. It’s coming but right now it’s fun and it’s entertaining.”, says Scream.

Hoodrich is a movement that DJ Scream and Marcus Rippy developed along with friends from high school, that reconnected with a common goal, to help street artist in Atlanta get their music off the ground and have their own outlet of expression. It’s a brand that was built from the ground up for people who don’t have a mainstream reach yet, Scream says; “It’s a brand that has expanded from marketing management to consultation to production company to record label. When you talk about Hoodrich, there is the business side and then there is the family side. We have been able to work with artists like Shawty Lo and Future to help them get their career to the mainstream outlets,” Being instrumental in the groundbreaking careers of such notable local artists like Soulja Boi, Rocko and Piles has made DJ Scream one of the most legendary DJ’s in the industry. “Creating new waves is what makes you legendary. If people can get behind you and trust what you say and do, then becoming legendary is going to happen because you have the ability to have people follow you while you make history.”

All images by Summer Nicole