Tiny Harris is Back with Intimate New EP, Introducing Alter-Ego “Ryder” to the World!

Tiny Harris is back with new music and a new alter ego, that only her husband, rapper T.I. is familiar with. Ryder is said to be Tameka’s bedroom alter ego and she’s now taking center stage for the world to view. Tiny hosted an intimate listening session with a few of Atlanta’s prominent media platforms to hear a preview of her new music. Tiny teased a personal track “F***kin <3 U” that she just released May 2nd as a little hint of what to expect on her new album. The project gives you an inside look into the couple’s bedroom, and marriage. The tracks are very melodic, edgy, and thought-provoking in the sense that everyone has been through something difficult in a relationship before, but stuck around because the love you had for the other person was that strong. Tiny kept it real transparent on these tracks and they are very personal. 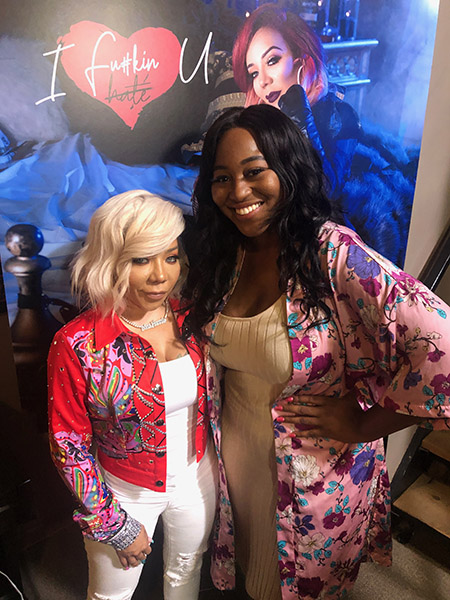 The seven-song EP was produced by Grammy Award-winner Christopher “Tricky” Stewart and Sanchez Holmes. The first single off the EP was released Friday, May 3. Download, Stream, and check out the EP for yourself.