TV One/Radio One Media Maven, Cathy Hughes, Announces Nominees and Performers for the Urban One Honors 2019

Urban One media maven, Cathy Hughes, held her inaugural press conference on Tuesday, November 12, 2019, after being in the business for over forty years.  Ms. Hughes, founder of Urban One Radio and TV One, hosted the first Press for Press event at the TV One offices in Silver Spring, Maryland.  Ms. Hughes was joined by the head of Cleo TV, Michelle Rice, Radio One’s V.P. of Programming Kashon Powell, Producer and DJ Russ Parr of the Russ Parr Morning Show, Little Bacon Bear and DJ QuickSilva.

The Radio One and TV One teams were on hand to announce the lineup of performers and honorees for the second annual Urban One Honors. The two-hour show will air on January 20, 2020, significant for the Martin Luther King, Jr. holiday. The event is also a celebration of Radio One’s forty-year anniversary and is the launchpad of Urban One Community Works. The goal is to raise forty thousand dollars for forty different charities within the Urban One radio market areas. 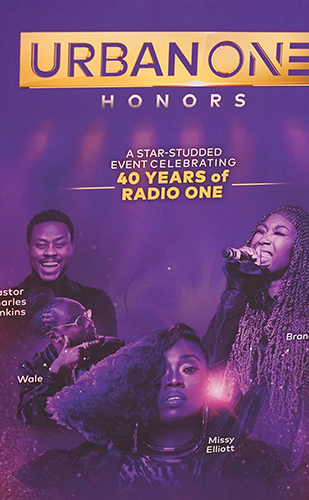 The illuminating and talented Ryan Jamaal Swain, Howard University graduate and actor, spoke to the audience about the importance of representation and how those before him, like drag queen Pepper LeBeija and Billy Porter of ‘Pose”, laid the groundwork for his success. Mr. Porter will also present Mr. Swain’s award.  His intention is to continue to raise awareness as an African American LBGTQ and open more doors for multicultural representation. The uber-talented, Jac Ross, an obvious favorite of Ms. Hughes, revived the spirit of Sam Cooke with his surprise performance. He will be the opening act for the Urban One Honors Awards 2019 at the MGM National Harbor in Oxon Hill, Maryland.

Tickets are available on the Urban One site, www.urbanonehonors.com.

The following was written and supplied by Urban One Media: 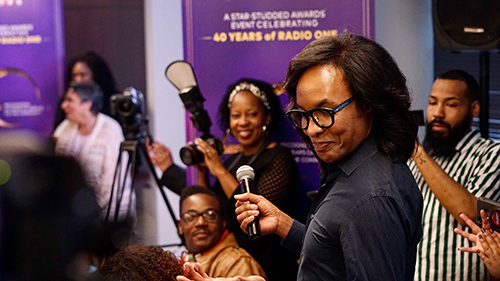 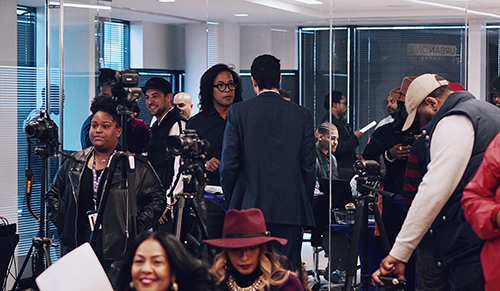 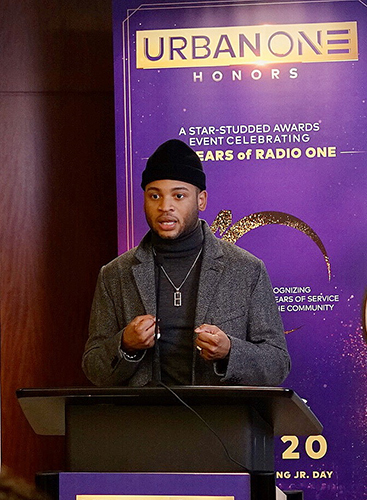 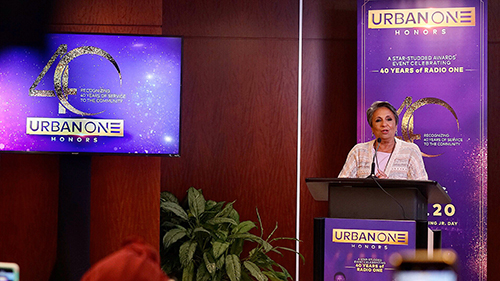 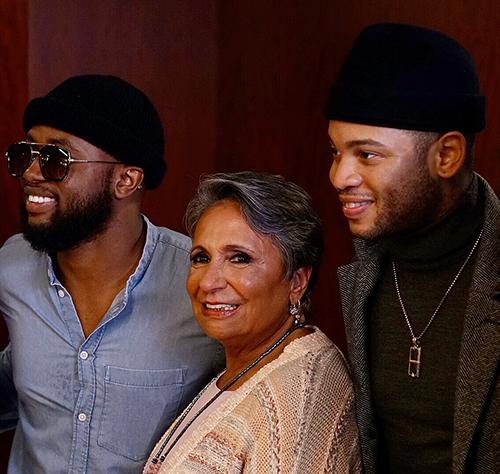 ABOUT URBAN ONE, INC.

Urban One, Inc. (urban1.com), together with its subsidiaries, is the largest diversified media company that primarily targets African-American and urban consumers in theUnited States. Urban One is the parent company of Radio One, Reach Media, Inc. (blackamericaweb.com), TV One (tvone.tv), CLEO TV (mycleo.tv), iOne Digital(ionedigital.com) and One Solution. Formerly known as Radio One, Inc., the company was founded in 1980 with a single radio station and now owns and/or operates 59 broadcast stations (including HD stations) in 15 urban markets in the United States, making it one of the nation’s largest radio broadcasting companies. The Company’s growth led to diversification into syndicated radio programming, cable television and online digital media.  As a result, in 2017, Radio One, Inc. was renamed Urban One, Inc. to better reflect the Company’s multi-media operations. While the Company was renamed Urban One, Radio One remains the brand of the radio division and all of its radio assets.  Through Reach Media, Inc., the Company operates nationally syndicated radio programming, including the Tom Joyner Morning Show, the Rickey Smiley Morning Show, the Russ Parr Morning Show, and the DL Hughley Show.  TV One is a national cable television network serving more than 59 million households, offering a broad range of original programming, classic series, and movies designed to entertain, inform and inspire a diverse audience of adult Black viewers. Launched in January 2019, CLEO TV, is a lifestyle and entertainment cable television network targeting Millennial and Gen X women of color. iOne Digital is a collection of digital platforms providing the African-American community with social, news and entertainment content across numerous branded websites, including Cassius, Bossip, HipHopWired, and MadameNoire branded websites. One Solution provides award-winning, fully integrated advertising solutions across the entire Urban One multi-media platform. Through its national, multi-media operations, the Company and One Solution provides advertisers with a unique and powerful delivery mechanism to African-American and urban audiences. Finally, Urban One owns a minority interest in MGM National Harbor, a gaming resort located in Prince George’s County, Maryland.

Launched in January 2004, TV One serves 59 million households, offering a broad range of real-life and entertainment-focused original programming, classic series, movies and music designed to entertain and inform a diverse audience of adult black viewers. The network represents the best in black culture and entertainment with fan favorite shows Unsung, Uncensored, The DL Hughley Show, ATL Homicide, Fatal Attraction and Urban One Honors. In addition, TV One is the cable home of original blockbuster films including When Love Kills: The Falicia Blakely Story, Love Under New Management: The Miki Howard Story, Bobbi Kristina and The Bobby DeBarge Story. TV One is solely owned by Urban One, Inc., formerly known as Radio One, Inc. [NASDAQ: UONE and UONEK, www.urban1.com], the largest African-American owned multi-media company primarily targeting Black and urban audiences.