The Urbanworld Film Festival closed out it’s four-day-long festivities with a bang this past weekend. Sheen was on the scene this past Saturday for its closing night celebrations and got a chance to get up close and personal with the night’s stars. We got a chance to talk with some amazing, and well-known, talent from highly-anticipated new movie and television releases; from the stellar cast of Black and Blue, to the men of First Wives Club, and independent film directors of If Not Now, When, Tamara Bass and Meagan Good. We were also among the first to screen the new film, Black and Blue, which, based on the audience’s reception, is destined to be a box office success when it hits theaters next month. Check out what the stars, behind and in front of the camera, had to say about their upcoming releases! 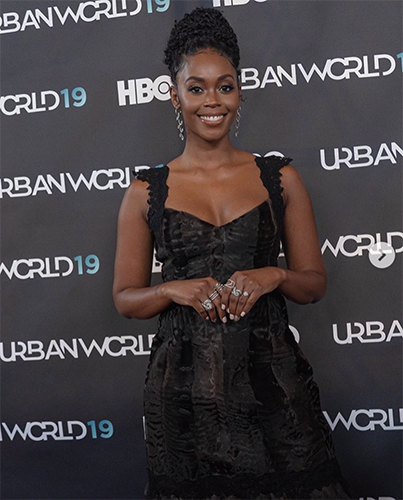 The Cast of “Black and Blue” on their Film Experience

Frankie Smith (plays the role of Tez): They all treated me really nicely—there were no airs, there were no stars with egos on set. Everyone was really cool. It was a very fun project—my very first action-packed movie. I really enjoy, like, seeing all the stunts and things like that.

Nafeesa Williams (plays the role of Missy): Why I wanted to play this character is because she was different from all the characters that I played before. And although it looks like she’s hotheaded and she doesn’t have it all together, she has a heart and you guys will see that… Who’s not inspired to be in a film, and alongside Academy Award nominee like Naomie [Harris], who is so sweet and really, really humble and down to earth. I took a lot away from her. And then Tyrese and I, we played cousins and we had “cousin chemistry”, like ya’ll gon’ think we real family (laughs).

Tyrese Gibson (plays the role of Milo): This is my first movie since coming off of the worst year and half of my life. I want ya’ll to understand that not only did God hold me out, but He thrusted me into this being my first movie. Because He knows that my moral compass represents His exact thing. I am not a work-for-hire actor in this movie; I come from South Central, LA, Watts. I done seen all of this play out too many times in front of me, and I’ve been on the receiving end of racism, beatdowns, police brutality, corruption, classic levels of abuse in power. So, I believe that God not only created this opportunity for me, but He knew that me doing this role, specifically, would help to move the integrity of the message forward. 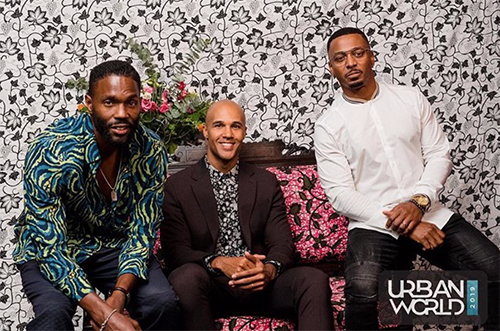 RonReaco Lee (plays the role of Gary):  I didn’t have nearly as many scenes as I would’ve liked to have had with everybody—primarily, most of my scenes were with Michelle [Buteau]. But it was great. Michelle Buteau is a gift to this world. She’s so funny. There isn’t a topic she can’t make funny. I finally got a chance to watch a lot of the episodes, and I was really able to see, like, damn, Michelle really makes herself vulnerable in a lot of the scenes, and I think that’s the beauty of the writing on “The First Wives Club”, its not just funny, its very much a drama, and very nuanced performances by all the ladies, Ryan [Baithe], as well as Jill Scott.

Mark Tallman (plays the role of David): This show has been an absolute dream come true for me–in so many ways; to be a part of an all-black lead cast, to be doing something for BET. Especially right now, there’s this whole thing about representing the culture. For me personally, that is very real thing right now and I think part of it is because of my type. Like, I’m the dude who’s oftentimes hired for acting jobs and he’s got a white wife or the white girlfriend, the tall light-skin guy. So, I’ve been longing for an opportunity to play with my counterparts and be able to relate in so many genuine ways when you step away from the set, as well as on the set. So, it was really a dream come true. Of the three husbands I feel like he’s the one you would watch and be really frustrated with because of the way he’s not as present as he should be in his relationship. But I really do think people will find themselves rooting for him in ways because dude is trying. He’s just not as good at his home life as he is at being a senator. 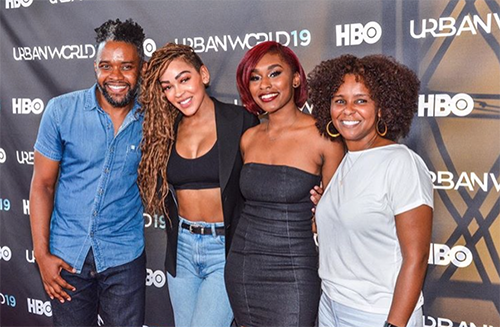 Co-Directors of “If Not Now, When” on Working Together and the Spirit Behind the Movie

Tamara Bass: It was a labor of love. It’s movie about sisterhood, forgiveness, its about second chances, its about knowing what the circumstances are in your life and still rising above them. And we wanted to do it together because that’s our real life, we’ve been friends for 21 years and being able to bring what we live everyday onto a set was important to us. 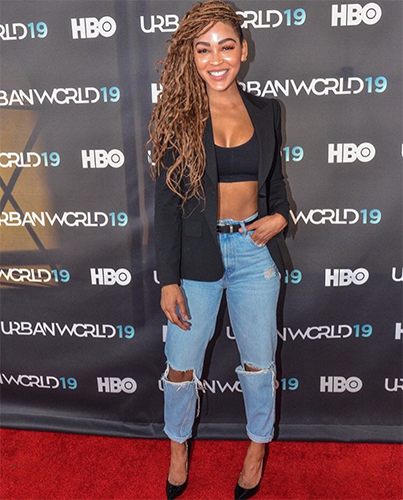 Meagan Good: I’m sure she said sisterhood, and really exploring themes that happen behind closed doors that for some reason, nobody really talks about. Like one of things is infertility, and one of them was, “do I really want to be a mother?” And all these different things that I think are really important issues that women deal with. You may get a glimpse of them here, or there, on tv and film, but you don’t get a glimpse of them from a black woman’s perspective. And really again, it was just about how do we bring together four women who are really about helping each other and letting each other know that you’re worthy of the best, and if you don’t feel it, I’m gonna feel it for you and make sure you get what you should have.

And if you missed this year’s, start planning to attend next year’s festival now!

You can find out more about Urbanworld here!