Videographer/Producer, Damian Emile on His Artistry, the Creation of Music Monday Videos, & More!

Damian Emile, a native of Kingston, Jamaica came to the states at just four years old and made Paterson, New Jersey his home. At an early age, he found himself shifting towards music and the art of video/film production. As he grew older, it took him no time to obtain the experience he needed in order to achieve his aspirations in the world of entertainment. We caught up with Damian to discuss his background, what inspired him to develop a company called Music Monday Videos, and much more!

What made you want to get into the world of entertainment?

I started out hosting a local tv show with someone who led me in the right direction. After that I started doing background work in television, music videos, movies, and commercial and also did print work for a little while. My first came appearance was in Mariah Carey music video “Through The Rain.” I was also Common’s stand-in for his music video “Come Close” featuring Mary J. Blige, that was a really great experience, which I also made a cameo appearance.

Give us all the details on Music Monday Videos. What inspired you to create it?

Where do you hope to see this company that you are developing in the years to come?

I see Music Monday Videos as a dominate force in the music and video streaming industry as there are so many untapped unsigned and independent music artists all across the United States.

Unfortunately I can’t say much about the project, but I can say we have something that were working on with ACE MEDIA CORP. We can surely follow up with this question later on 2020.

You can expect to see Music Monday Videos being the industry #1 music video show on the planet shining the light on independent music artist and industry professionals. Lastly, to succeed in you need to have patience and resilience stirred up with a lot of determination and motivation to NEVER GIVE UP! 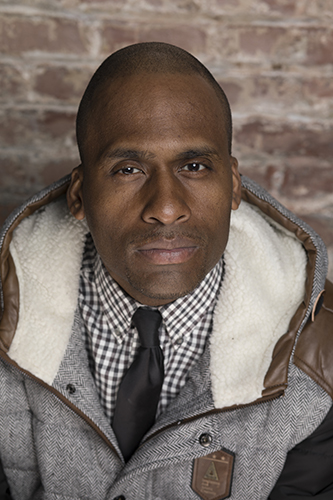 All images by Allison V. Brown