Visionary & Entrepreneur, Rodney Bonds elevates the restaurant scene in the Heart of Brooklyn

Brooklyn’s own Restaurateur, Master Franchise Developer, and BK Lobster CEO & Founder Rodney Bonds is who to thank for introducing lobster rolls to Brooklyn and bridging the gap between fine cuisine and a fly vibe people would enjoy. Located in the heart of Crown heights on Nostrand Ave, BK lobster is the newest hotspot that locals are flocking to and can’t get enough of the boroughs new proclaimed signature lobster rolls. Named after the prominent neighborhoods in Brooklyn (Flatbush, Fort Greene, Bedstuy, Bay Ridge, Coney Island and Brownsville) each roll delivers a rush of savory flavors that’s exceptionally satisfying to your taste buds. As a fan of Hip Hop, Bonds pays homage to the late great Brooklyn rapper The Notorious B.I.G. with The BedStuy B.I.G.G.I.E roll that definitely lives up to its name. In our exclusive interview below check out how to own your very own BK Lobster, why your next splurge should be on BK Lobster’s 24K Golden lobster roll and what we can expect from Rodney Bonds in the future!

Of all cuisines, how did you decide that lobster rolls is what you wanted to add to the heart of Crown Heights?

It was more of what was missing from Brooklyn. A friend of mine would always ask me to meet him at a Lobster roll shop in Manhattan. As I noticed the neighborhood was changing I realized there was no lobster roll market in Brooklyn, a high acquired cuisine was missing in the heart of Brooklyn. I knew it was something the people of Brooklyn would gravitate towards. I noticed a lot of great franchises and other businesses that have a great concept and product on the rise but none were diving into the lobster roll market. Brooklyn is so culturally diverse and because of this I had to think outside the box and that’s what I did by introducing the lobster roll market to the borough. 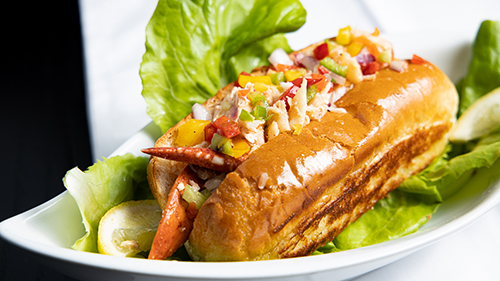 As a successful veteran in the franchise industry, to owning and operating Magic Soul Food (also a staple Brooklyn Restaurant) because the two cuisines are opposite, how did you prepare the menu and ingredients for each roll exceed the community’s expectations?

It’s two sides of having a business, it’s the business part and then there’s the creative part. People tend to only focus on the creative part but don’t like to attack it from a business perspective, which is the most important thing. It’s like having a canoe and you put it inside the water, but it’s not moving. Or think of it like this, you don’t build a hardware store next to a Home Depot. You never want to put your business somewhere that offers no market or too much of a market. Find what the need is in the area, solve the problem first and then find a demand for this problem to be solved. As far as the creative side, cooking has always been a passion of mine. My mother was the Executive Chef for Justin’s Restaurant and Bar (based in Atlanta) so I know how to make a menu that can be quick, delicious and efficient. This concept allows potential franchisees not to be at the mercy of a chef or require years of culinary experience. Since I know how to cook, I knew how to make the menu simple. Get the top seafood cuisine and the coolest borough and put that together, you have the best of both worlds.

Why Brooklyn? Was there ever a thought to open in Manhattan initially?

I have to keep it real. I’m from Brownsville, I had to represent for Brooklyn. Brooklyn has emerged so much and taken a life of its own. And it just so happens to be the place where I’m from, is rising in the market. Brooklyn is cool, fun and hip. We like to spread love, it’s the Brooklyn way; like Biggie said. That’s what we’re doing, spreading love through the lobster. I wanted to make the restaurant feel more like a lounge and create a hybrid between quick service and a lounge environment. Brooklyn solidifies this. Create an ambiance that’s has a chill vibe, nice and fly. We wanted to focus on making people happy.

For entrepreneurs looking to invest, what should they know and why do you recommend they own their own Brooklyn Lobster shop?

When you buy into a franchise, you’re buying into a concept that’s been created for you and that you’ve already conquered. You’re joining a partnership and becoming apart of a team for a common goal and partners that have your better interest. The BK Lobster team is growing its name and we will be behind you. If you’re a potential franchisee that’s ready to roll up his or her sleeves and get to work, then this opportunity is for you. BK Lobster offers unlimited growth and is ideal. All you need is the desire and capital. 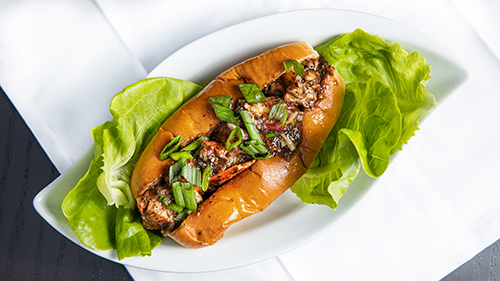 What makes BK lobster rolls and the ambiance unique from any other lobster roll experience a customer has had?

I wanted to create an atmosphere of when people remembered the last time they were relaxed and a vibe they can appreciate; it reminds them of when they’re on vacation and having a good time. Every neighborhood has a different culture to align with the roll. Paying homage to the culture and adding it to the roll from what you experience in each area is what makes us stand out because you can only get this at BK Lobster. Plus the lobster is sourced out of Maine so people know it’s quality. 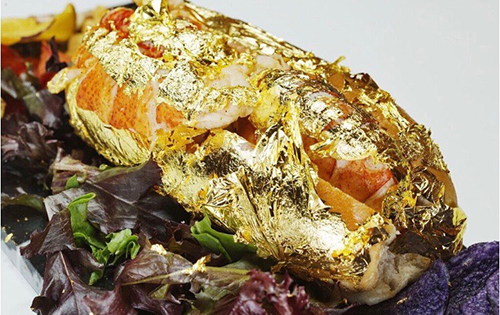 What inspired the 24K Golden Lobster roll for the menu?

I had to think what’s going to separate me in the market and give people something to talk about, a market strategy that I can push. When you see the bread, the logo, and include an expensive touch; it was the perfect staple place to create the Golden Lobster. I knew this would be something the people of Brooklyn would love and appreciate. I knew this would get people buzzing but not in a gimmick way, because these lobster rolls are actually good. I don’t believe in competition but creativity, so when you focus on creativity you create something special.

If you had to choose only one of the 7 signature lobster rolls, which would choose as your favorite?

The Bay Ridge Roll. It’s something about that Italian dressing on the bread and those roasted peppers; it’s the perfect combination! 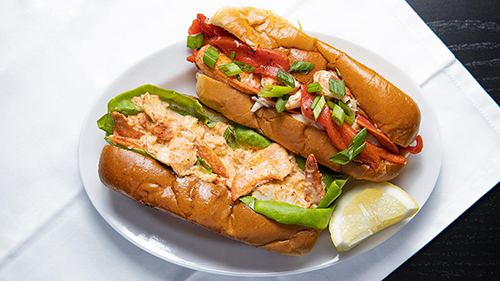 What can our readers expect from Rodney Bonds in the future?

You can expect for me to continue to grow the BK Lobster brand and take it nationwide. Put BK Lobster in every region and have territory owners; to continue to help grow the brand and multiply it in other markets who want to understand and want to develop it into their own market. KFC, Boston Market or California Pizza doesn’t change its name when they relocate to different markets and BK Lobster won’t either because it allows people to connect to the borough no matter where they’re located. I’m staying focused and will become a master of the lobster business first and then be creative. I want to master the product, service and operations first. Build the brand as a household name. Continue to serve the representation of Black excellence and represent who we are! I want people to know that you can be a young black franchisor and not just franchisee. Be the owner, and not just on the team. You can have ownership and be from BROOKLYN! 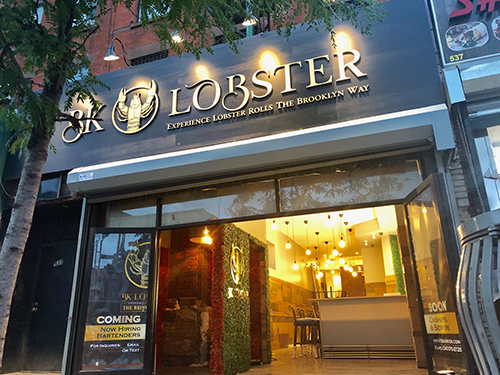 Want to own you own BK Lobster? Click here.