Just eight years ago, Felischa Marye took control of her life and said enough was enough! The Chicago native packed up her bags and made the move to Los Angeles in order to pursue her career! After attending UCLA’s MFA screenwriting program, her first comedy pilot was sold by HBO! Afterwards, she was staffed to write for two series of Netflix’s hit series, 13 Reasons Why. Now, Marye’s new show, Bigger found it’s home on BET Plus! With self-motivation, hardwork, and a special love for what she does, Felishca Marye found success. We caught up with the writer, creator, and co-executive producer to discuss her exciting, sexy comedy series, Bigger.

Tell us about the series, Bigger. What inspired the creation of it?

Bigger was inspired and loosely based on my own life, from an emotional level. In my mid-30s, I started to have this itch that I wasn’t living the life I wanted to live, the path that I was on career-wise, and the lifestyle I was living (where I lived) was not where I wanted to be.

I always knew I wanted to work in the Hollywood industry but I was in PR/Marketing. Around my mid-30s, I started to plot and plan how I could live the life of my dreams. I began going to film school, quitting my job completely, and moving to Los Angeles to go to UCLA. That started my career which is how I ended up creating Bigger down the line. Eight years ago, I quit my job and started this life change.

The show Bigger is about a group of five college friends who have reached their mid-30s. After one of their college acquaintances randomly dies, it sort of makes them assess where they are in their lives. That’s essentially what the show is about and how my life inspired it. Our main character (because this is a sexy comedy) is also dealing with a guy who is boring overall but has a successful job and is a good guy. She needs a “bigger and better” option and that’s where the excitement begins in the show. Everyone is trying to figure out if they should take risks and what path they should take.

You have had quite the journey in order to get to where you are today. How would you describe your journey thus far?

I think that it’s been a test of patience. When people say there is no such thing as an overnight success in this business, they are right. They say it takes an average of ten years to really make it in this business. It’s not just a matter of making it though, it’s also a matter of honing your craft and practicing enough. Writing is a muscle, it has to get better and better so that you can compete with people who have been doing it professionally. There’s nothing that can replace that but time. My journey from film school to today has been about five years and that may be considered fast for most people but I will say that I have been blessed in someway but I can’t say that this was easy at all (laughs). You have to be your own self motivator. There is this quote that is popular about screenwriting, “I hate writing but I love having written.” Because it can be painful to do, you have to really motivate yourself. It’s a hard journey but I’ve had some lucky breaks and now I have a show! 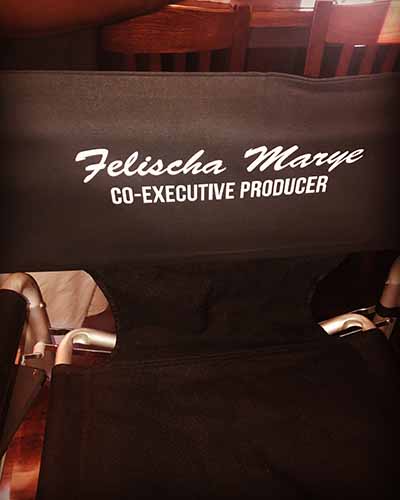 It was great to know that what I was working on mattered. It became a cultural conversation that was out there in social media. We covered important topics such as suicide and sexual assault among young people. These are issues we see in adults but it’s starting younger and younger and suicide rates are increasing. To be mainly a comedy writer, I felt like this was one of my lucky breaks. The series’ drama is my taste, it’s dark and drama and some of my favorite movies and shows are dark dramas. I don’t know how they knew that I could write that but I was lucky that they chose me to be in the room for those two seasons. When I say it’s hard to motivate yourself to write, it’s not hard when it’s about something important or something that touches you and speaks to you. A lot of the topics we cover, I feel strongly about and have strong points of views on. It’s great to exercise your heart muscle in writing. You should always do so but on a show like this, you’re always tapping into it. It made me a better writer so I’m appreciative of that as well.

Not that I can tell you about. I’m still working on some new content in terms of television but also writing in the feature space of comedy as well. Right now, I am focused on taking some of this stuff to the big screen. 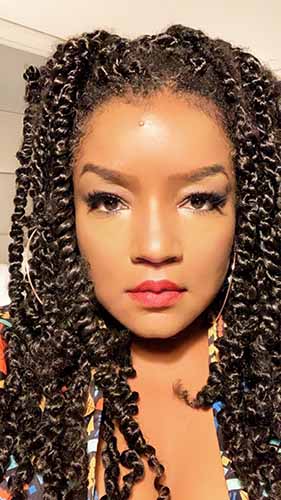