20-year-old, Tamara Milford has been through quite a lot in her life. At just 14-years-old, she had to experience the most tragic day in her life when her mother was shot to death after two masked men came into her family’s home. Since then, she uses her voice to share her story and use it as a way to push through life’s hardships. In this exclusive interview with Milford, she opens up about the event that took place on April of 2012 and shares her journey since then.

Tell us about the tragic event that took place in April of 2012.

My name is Tamara and I am 20-years-old. I graduated two years early this past December from Middle Tennessee State University with a Bachelor of Science in political science pre-law with minor in criminology.

I entered foster care in April 2012 after the death of my mom. My mom and my four siblings and I moved down to Nashville from Chicago to get away from the violence. A few years later, my uncle moved down here around my 14th birthday and with his birthday being in April, my mom threw him a Welcome to Nashville/birthday party. We had a two story house in which the kids stayed upstairs and the majority of the time my mom stayed downstairs. The party took place in the garage and that night and all of the kids were upstairs. I tried to convince her to let me go to the party (laughs) but of course, she said no. I ended up falling asleep on the living room couch where all my siblings were playing. It was just a little after 11pm when my uncle’s girlfriend came upstairs and she fell on me. It woke me up out of my sleep. She turned to me and said, “Call the police.” I had been around domestic violence situations my whole life so when she told me to call the police, I just thought she was being dramatic. Not even a minute after she said that, that’s when I heard gunshots. We all just froze.

After the gunshots, my older sister and I started to look towards the back of the house. In the middle of us moving, there was a man who came up the stairs. We froze. We made eye contact and we noticed he had been shot. He was holding his thigh and instructed for us to call the police. He walked out the front door and collapsed on one of the neighbor’s yard.

After that, my sister and I ran downstairs to see what happened. I was the phone with the dispatcher. We found another lady that had been shot so the dispatcher was trying to give us instruction on how to help her. One person I didn’t see was my mom. I asked my uncle’s girlfriend and she said my mom had left with one of her friends. I was calling for my mom and there was no answer, I became frustrated.

I heard a scream from my little sister and she said she saw our mom lying on the garage floor. By the time, I ran downstairs; my uncle had closed the door shut. I didn’t get to see her down there but immediately after that, there was police, fire trucks, and ambulances at the house. We moved my younger siblings to a neighbor’s house and I noticed that my mom still hadn’t been brought out the house yet. I walked up to one of the ambulance techs and asked about her. I described what she had on and he informed me that someone would come talk to me soon. They took a few of us to the police station and that’s when a detective told me that my mom had passed away.

Since we weren’t from Nashville, we immediately had a case worker. From then, we spent years in the foster care system. My youngest brother was the first to go to Chicago, he moved back with his biological grandmother. My younger sister was with us for a little bit but her behavior began to act out more. First she bounced around from foster home to foster home then that escalated to different group homes. She spent a couple years in a level four facility. That left me, my brother, and my older sister. We spent pretty much our entire time in foster care together. 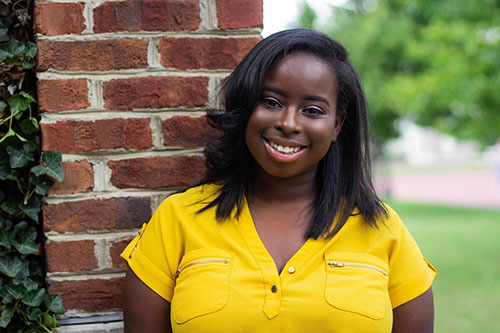 How do you believe the events that occurred in your life has made you the strong young woman you are today?

Before this happened, I never thought that I would go to college, graduate, or be in the state that I am in now. I grew up in Chicago so the stuff that my mom did to provide for us was not legal but she did the best she could. I decided that I wouldn’t let any of the events that happen define me. We couldn’t go to my mom’s funeral due to my sister being raped two days after her death. That was another issue right after all of that happened.  It was just so much that happened, it would’ve broke anyone. I had to find within myself to say, “No. I’m not going to be a stereotype or let it define me.”

I began to use my voice to tell my story and experience. I spoke at a Ted X event and became more honest and vocal about the events that happened and the need for change. I wouldn’t trade it for anything. Of course I still want my mom here but I think she handpicked my adoptive family for me, I am super grateful for them. 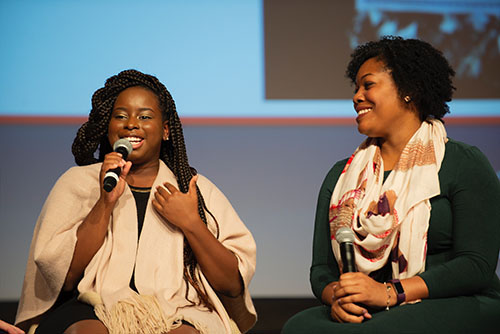 What is something most people don’t know about you?

I pageants, I’m not that good, I’m okay (laughs) but my platform is foster care. It’s another way to raise awareness for the need and hope of encouraging more people to at least inquire about being a foster parent. The more I talk and the more people learn about foster care, I think we will get more children into good homes.

Congratulations on graduating from Middle Tennessee State University in just two-and-a-half years! Where do you hope to see yourself in the years to come?

Well, my plan is to go to school for law. I want to do criminal law specifically, a district attorney. I never found out who was responsible for my mom’s death. If I would’ve known, it may have been a little easier to help with the healing process. I want to do that for other families who have gone through violence, rape, assault, or anything in that nature to help them get the closure that would’ve helped me. I am headed to law school probably this fall. I’m waiting to take my last LSAT at the end of the month. Long term, I’m thinking about being an FBI agent because I watch criminal minds so much (laughs). I will continue to speak to foster parents and eventually become a foster parent and adopt myself.