Your Favorite Homegirl, Beasy Baybie Talks Life as a Radio Personality & Much More!

She’s known as everyone’s favorite home girl! The Columbia, SC radio station afternoon drive talent, Beasy Baybie is known as a leader not only in the world of radio but in the community as well as an activist. When she’s not on the radio, she’s covering events, volunteering, and continuing to be everyone’s go to gal. In this exclusive interview with SHEEN Magazine, Beasy Baybie opened up to us about her journey to success, projects outside of radio, and much more!

Tell us what made you want to get into the world of entertainment?

I don’t think it was something that I planned. When I was younger, I tried a hand at rapping so I was a rapper for a few years before I ended up going to prison. When I came home, I was just looking for a new life to start over. I moved to Charlotte from outside of Philadelphia, looking for a job, and I heard on the radio that asked, “Do you have what it takes to be the next on-air superstar.” I thought “Oh my gosh! I could do radio!” (Laughs). I went in but of course he couldn’t hire me because I had no experience, just a GED but he gave me an opportunity as an intern.

That internship turned into the co-host and executive producer of the morning show. It wasn’t until I was doing the job when I realized that I had been bitten by the radio bug in the entertainment world.

It’s clear you’ve gone through a lot in life in order to get to where you are today as a successful media mogul. What would you say is the greatest lesson you’ve learned along your journey?

I think the greatest lesson I’ve learned is that not everyone will understand your journey. It’s not going to be easy but you have to keep going, no matter what. There will be obstacles, bad days, and horrible co-workers (laughs), you name it! There will always be a reason for you to quit but you have to find the reason to push forward when those times come. 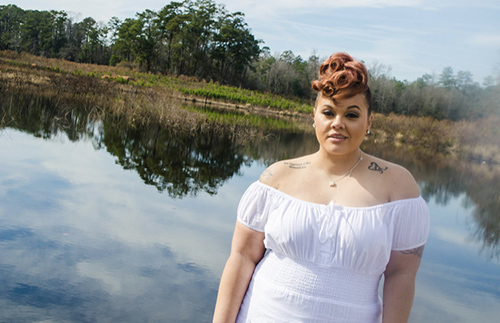 Tell us about your short story, “That Night, I Died.” What inspired it?

I had actually sat down and planned to write my life story. As I did that, I kept getting to place where I felt like I was not supposed to put it out yet. I prayed on it and I felt like God was telling me that it was more important to show how I came to Him than I was to make it about me. Instead of writing my life story, I wrote something that would help show people how I came to my relationship with God and it also has a journaling component in the back. It’s a real short story but there is journaling that will help other people discover things they may need to heal from and help them build their own relationship with God. 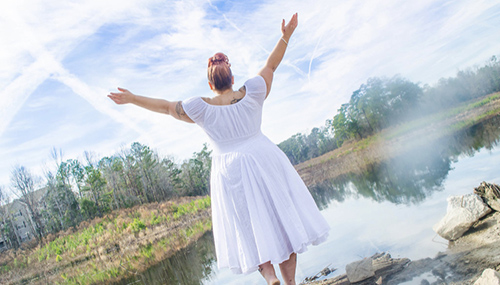 How was your experience producing the mini documentary, “Can You Hear Me Now?”

It was my first mini documentary. Initially, that was when everyone was talking about R. Kelly and what was going on with the Me Too movement. I felt like everyone was talking about celebrities and how they’ve been affected by sexual assault. I wanted people to know that there are people right here, that work with you, that are victims. There are people we pass by or engage with that have their own survivor story. I wanted to show people that are here that we see them too and it’s not just about celebrities. We’re also rallying behind and supporting them. It was emotional for the people that were sharing their stories and it was emotional for me.

What can we expect to see from Beasy Baybie in the future?

I really don’t know! I have great plans, I would love to be in a top 10 market, I have dreams of being on the morning show, I would like to do television and movies, and more books. I think overall, I’m just following God and his plan He has for my life. I’m more than obedient to his calling on my life because that’s the only way it will work out. I don’t have the answer but I’m sure it will be great as long as I’m following Him. 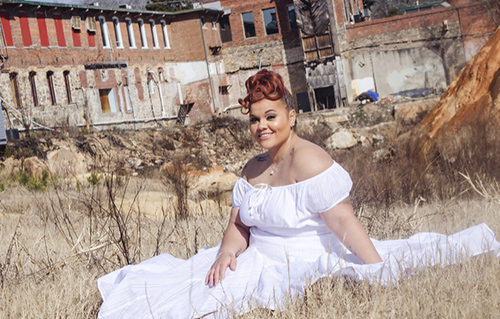