Sex is a part of life, and in some cases can be an impactful turning point in one’s life. However, sex can also be a terrible act in one’s life. Normally when thinking of sex, sex is a decision made between two people, an act that those two people wanted to willingly participate in. Unfortunately, since the beginning of time, this assumption has been wrong and not talked about enough. But that’s where Roe v Wade came in and protected women who were uncomfortable with possibly speaking on those matters. Roe v. Wade, was a landmark decision of the U.S. Supreme Court in which the Court ruled that the Constitution of the United States generally protects a pregnant woman’s liberty to choose to have an abortion. 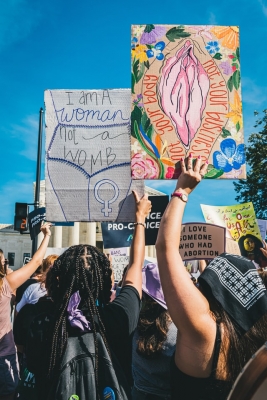 The reason why a woman chooses to have an abortion is her business, just like it’s the business of the man who impregnates her and leaves his responsibilities on her shoulders. Women have been fighting for a plethora of rights since the mid-19th century. Maybe the women’s suffrage or Rosie the Riveter, and even the Equal Pay Act (EPA) of 1963 intimidated the men of congress, as it should have. But clearly, the true meanings behind these movements have been ripped away and overshadowed by more ‘important’ matters, such as Border Patrol. Justices appointed by Republican presidents voted to overturn the landmark abortion-rights ruling. They are as follows: Samuel Alito, John Roberts, Clarence Thomas, Neil Gorsuch, Brett Kavanaugh, and a woman by the name of Amy Coney Barrett. What about rape victims? The national rape-related pregnancy rate is 5.0% per rape among victims of reproductive age (aged 12 to 45); among adult women, an estimated 32,000 pregnancies result from rape each year! Well, what about them according to the appointed justices above. In Alabama, the penalty for getting an abortion after you are raped is more severe than the penalty for raping someone! So what is congress telling us here? Are we to believe that a 12-year-old is too young to purchase a PG-13 movie ticket, a lottery ticket, or even cold medicine? That same 12-year-old is too young to drive a car and even vote however, she isn’t too young to be forced to carry a baby to term or to marry? How disgusting is that? Sure some girls just want to have fun, but what about the girls who just want to have fundamental rights? 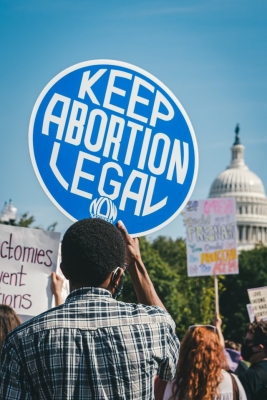 And yet 29 years later after rapper 2Pac stated one of the most impactful lyrics in history, “And since a man can’t make one he has no right to tell a woman when and where to create one” this is exactly what is happening. Funny how this historical law has been overturned during Pride month. If the fetus you save is gay, will you still fight for its rights? How dare you proclaim yourself to be “pro-life” when your ideas are going to ruin the lives of so many women and young girls? Even actress, tv personality, singer, and activist Keke Palmer stated, “Yall tryna force people to have kids and have the nerve to have a formula shortage … make it make sense.” Or did we overcast that tiny crisis as well? As many women rally outside the White House numerous signs are made but no voices are being heard. Biden states that he wants peaceful protests during this time which is understandable, but unfortunately some women are feeling how Malcolm X felt on April 3, 1964 … The Ballot or the Bullet.
Photos by Gayatri Malhotra on Unsplash
2022abortionoverturnedrightsroe v. wadesheen magazine