As a child Chef Jay took great interest in cooking, primarily to impress his mother, but local culinary  television programs sparked an interest in this prospective career path representing the genesis of his life long passion. Accordingly, he earned a degree in Culinary Chef Management from Western Hospitality  Institute in Jamaica. 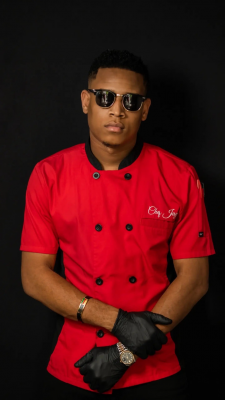 With a slow uptake of specialty chefs within the country the decision to branch out to a new territory provided an opportunity to truly hone his craft, ultimately becoming his best career move to date. “My  move to Turks and Caicos Islands (TCI) [a group of Caribbean islands southeast of Bahamas], was risky but  I was determined to pursue my passion. I arrived the day before international travel was halted due to  COVID-19 so it was understandably slow for businesses for a few months. That however did not deter me  from my dreams because I was dedicated to fulfilling what I came to do. Eventually I was hired by a  restaurant as a line chef and worked without pay for four months until the economy bounced back and  stabilized.” 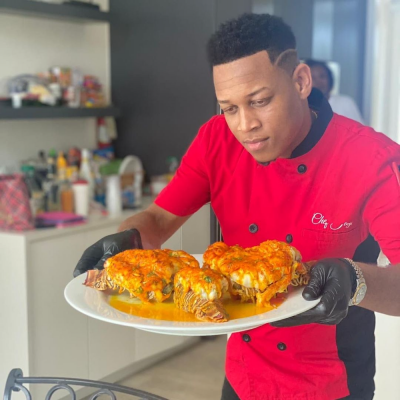 It was during this period a patron at the restaurant was blown away by his cooking style and skills that he  was encouraged to venture into the world of becoming a Personal Chef.

“This suggestion changed my life” he said. “It unlocked a potential I didn’t fully recognize I had! So it was  not very long before I gave it a try”. Seven months later he landed his first client and now today, Classic  Cuisine has grown to realize full-schedule bookings, months in advance, some of which are high profile  celebrities and media personalities he has mentioned he is very grateful for. 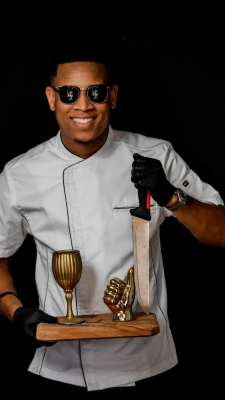 Currently he has dominated the local TCI marketspace so when asked what is next for the rising star he  responded his dream is opening his own restaurant. “It has to be a little different, maybe between  something fine dining and classic,” he said. One of the first things Chef Jay tells potential clients is that he  doesn’t just cook for them — “if you’re booking me, you’re booking the whole experience,” he remarked

with a smile. “My signature style of service is very special. From the way I prepare your food to the way I  serve and present,”

The culinary adventure of Classic Cuisine is for all ages and caters to friends and family groups as large as  400. “What I do is serve love on a platter – I make food more seductive and enjoyable.” This approach  works perfectly, since about 90 percent of Private Chef Jay’s clients are groups of women seeking a tropical  paradise with warm sunshine, crystal blue water and visually alluring foods to make for an unforgettable  special occasion. “I treat them all like a Queen. It’s the little things like being chivalrous and offering  complimentary roses, that truly makes the difference in their memorable experience” he said.

He also loves cooking for families – toning down the sensual parts, of course. Children are some his favorite clients because they provide him with some of his most honest feedback — “kids can never lie.” 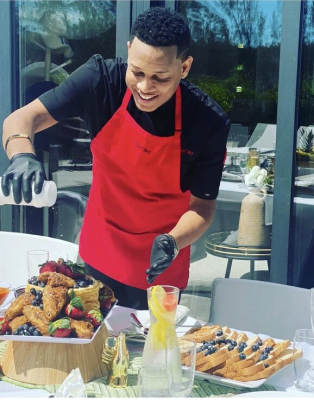 The skilled Classic Cuisine Chef and his team can provide everything from breakfast, lunch, or dinner, plus  treats for barbecues, happy hour, or late-night desserts. The catered meals use local ingredients when possible, including freshly-caught fish and locally-harvested vegetables.

“The more I cook, the easier and easier it gets,” he said.

Learn more about Chef Jay on his Instagram page, @classiccuisinetci