The 35th annual Bart Starr Award held this year in Los Angeles honors NFL Starr’s lifelong commitment to serving as a positive role model to their community, family and teammates. This year, Seattle Seahawks quarterback Russell Wilson was awarded outstanding character, integrity, and leadership for his contributions on and off the field. He gave a beautiful speech dedicated to his family and thanked God for being with him along his journey. He ended his speech by encouraging the audience to Love, Serve, and Forgive Big. 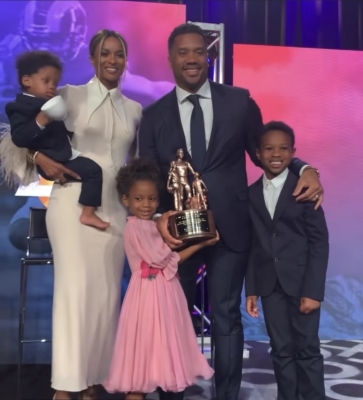 This breakfast was definitely a morning to get inspired. Wilson gratefully accepted his award and is now among a legacy of notable Bart Starr Award winners, including Peyton Manning (2015), Ben Watson (2018), Drew Brees (2011) and Derrick Brooks (2004), to name a few. The prestigious Bart Starr Award is the only award—other than the Pro Bowl—voted on by all NFL players. What an honor to be awarded among your colleagues and peers. We congratulate all this year’s honorees for the Bart Starr Awards for their contributions to the community.