2021 was a year full of trials, setbacks, discovery, perseverance and ultimately, triumph! Black women have always played a significant role in the greatness of their communities. No matter the obstacle, we overcome. We survive against all odds, we can give birth and multiply the least of things, we bounce back, and we thrive! This year, three black women paved a lane so vast that it was hard not to pay attention to their incredible contribution to society!
Hamilton Bennett is a 37-year-old black woman. She is the Senior Director of Vaccine Access and partnerships at Moderna, located in Cambridge, Massachusetts. When the pandemic entered the states in 2019, she was 35 years old and never dreamed of her team’s work being thrust into the global spotlight. Those watching loved ones die of Covid, along with those of us wearing a mask as our only form of protection from the virus, prayed for a reliever. God sent us a vaccine in the form of a Moderna shot. After working feverishly and tirelessly, Bennett was the first to discover a vaccine that would later save millions of lives. The development of this vaccine started in late December of 2019 when the United States was first introduced to Covid-19. The FDA approved it in early 2020. Creating this vaccine was a risk for everyone involved. Moderna happened first, followed by Pfizer, then the Johnson & Johnson vaccine. 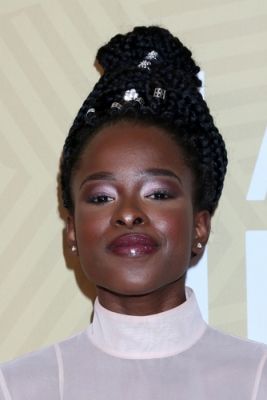 In 2021, 23-year-old Amanda Gorman delivered her poem, ‘The Hill We Climb,’ at the inauguration of U.S. President Joe Biden. She is the youngest and first person named National Youth Poet Laureate. Her speech at the inauguration was so powerful that she was named to the top 100 ‘Phenom’s’ to Time Magazine. In addition to that, she is an award-winning writer and a cum laude graduate of Harvard University. Amanda struggled with a speech impediment from being a young girl until several years after college. She used writing and lots of practice with a speech pathologist to overcome. Amanda is a role model and an inspiration to black women because, despite her age and race, she overcame in a space not heavily saturated with people that look, act or speak like her! She recently wrote a children’s book called ‘Change Sings—a Children’s Anthem.’ 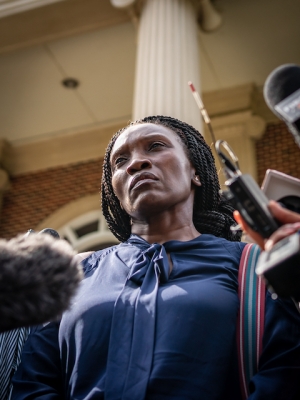 The 2021 murder trial of Ahmaud Arbery would not have happened if not for the relentless persistence of Wanda Cooper-Jones, Ahmaud’s mother. Ahmaud was murdered by the McMichael’s, a father and son, in February of 2020. They were not arrested until 75 days after the shooting. Wanda was persistent at getting the story out to the public. She continuously called the police and reminded them that no one was arrested for her son’s death. During her yearlong pursuit to get justice, a video taken by a third person at the murder scene started to surface. That person ended up being charged with murder as well. The trial would not begin until May of 2021. From 2020 until 2021, Wanda advocated for her son. Finally, she received justice on June 2021 when all three men were found guilty of her son’s death. She is a hero because she never gave up on fighting for her son.

Black women continue to be the nation’s heroes. We are strong, reliable, courageous, tenacious and POWERFUL beyond our wildest dreams. I look at the women in my own family and am amazed at how we lead from a place of love. In 2021, I am in awe of how we have survived, multiplied and thrived amid confusion and suffering. As a black woman, I will continue to be the best daughter, sister, and friend that I can be. The world certainly needs what we have to offer!