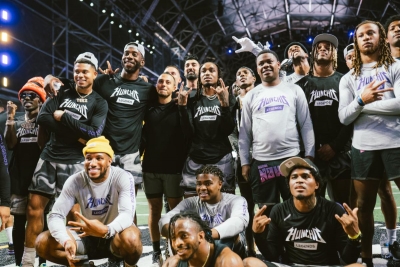 (Los Angeles, CA – May 3, 2022) Uplifting the community once again, GRAMMY® Award-nominated multiplatinum hip-hop superstar Quavo and apparel brand, Legends proudly presented the 2022 annual Huncho Day celebrity charity football game on Saturday April 30, 2022 at FCF Campus at Pullman Yards. Becoming a legendary event in its own right, the yearly game has consistently attracted some of the most recognizable names in sports, music, and entertainment as it benefits various causes. This year, Quavo donated $150,000 to the Tender Foundation. 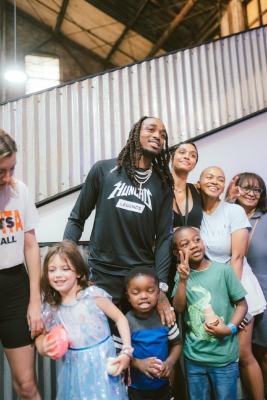 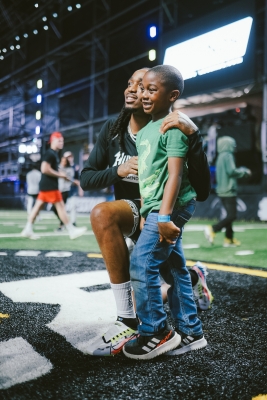 The Bridge is a guaranteed income program founded on the premise that every mother deserves the opportunity to parent without the stress of survival. The Bridge is a step toward establishing equity and disrupting generational poverty for Black women and their families. 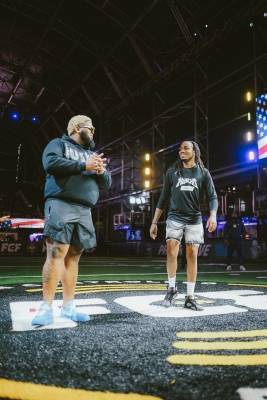 Huncho Day remains close to Quavo’s heart. He played quarterback in high school and has found a way to give back to youth in Atlanta with this unforgettable day of sports, education, music, and the arts. 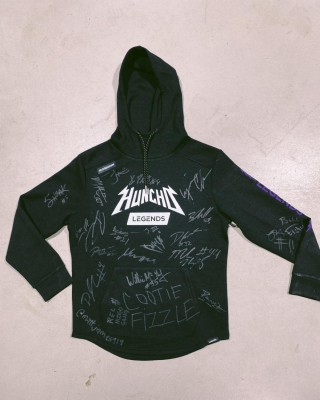 Founded in 2018, Legends is an athlete-owned performance and lifestyle apparel brand based in Los Angeles, CA. With an ownership group that includes Quavo, Baker Mayfield, Matt Barnes, Marcus & Markieff Morris, Steve Nash, Larry Nance Jr. as well as many other athletes and celebrities; Legends blends sports, entertainment, and culture with streetwear-inspired design; creating a product that is built for the modern athlete. For more information visit Legends.com.

Fan Controlled Football (FCF) – the only professional sports league that combines the passion and competitiveness of live and fantasy sports with the interactivity of video games – is the first league in professional sports history empowering fans to call the shots, from branding and personnel decisions to real-time play calling. The FCF is the democratization of sports with Season v2.0 expanding to eight (8) teams beginning April 16, 2022, featuring seven regular- season weeks and one playoff week, culminating with the People’s Championship. Regular and postseason play, in addition to exclusive behind-the-scenes league content, is available on twitch.tv/FCF and broadcast partners NBCLX, Peacock, fuboTV, and DAZN. For more information download the FCF mobile application, visit FCF.io and join the conversation on Twitter, Facebook, Instagram, TikTok and Discord.