A Triplet Beating the Odds With Cerebral Palsy

With everything we must keep up with, one will tend to forget a few things here and there. It’s normal and expected. However, did you know that one billion people, or 15% of the world’s population, experience some form of disability? There is more to learn about in schools other than ADHD, Schizophrenia, and other eating disorders. SHEEN Magazine took a moment to sit down with Damion Gross, a triplet from Georgia who is famous on TikTok (@itsdamiong) and proud of his disability, Cerebral Palsy. Even though Damion was shocked to speak with us, his personality shined through and outside of some physical movement, you wouldn’t even know he had a disability.

What is cerebral palsy and when did you find out you had it?

“Cerebral Palsy is an inquiry to the brain that affect your motor abilities. It makes your muscles tight, and stiff, and your walk is unstable. I found out I was diagnosed with CP at a young age. My mother started to notice I could not sit up and crawl as my brothers could so that’s when she took me to the doctor and they diagnosed me.”

Cerebral Palsy can come in many different forms such as in your legs, arms, and other areas. For Damion, he has CP in both of his legs and is very interested in learning more about it. When it came to his disability, Damion has learned more information over time however in the beginning he was more focused on overcoming CP versus learning the ins and outs of it. Damion accepted his life for what it was and never looked back. Cerebral Palsy is one of the most common disabilities there is. Around 764,000 people in the U.S. (including children and adults) have at least one symptom of Cerebral Palsy. Around 10,000 babies are born each year with Cerebral Palsy. Due to Damion having a great following on different social media platforms such as Twitter, Instagram, and TikTok; he has been able to find people all over just like him that share the same struggles.

What is the most difficult thing to accept about your disability?

“Maybe if you would’ve asked me this when I was younger I might have given you an answer but now that I’ve grown to love and be confident in it, nothing is difficult to accept about it. My disability has molded me into the person I am today! I honestly feel like if I didn’t have it I wouldn’t be who I am.”

Now that Damion is older he can do almost everything on his own. One challenge he is perfecting right now would be driving. Even though it is difficult, Damion knows that just like every other obstacle in his life, he will one day overcome it and be able to drive. Growing up seeing his other brothers be able to do things he wasn’t able to at the time did make him feel left out. His mother was and still is his number one supporter. She always encouraged him to do everything that his brothers were doing! She never made him feel bad or different from his two other brothers. 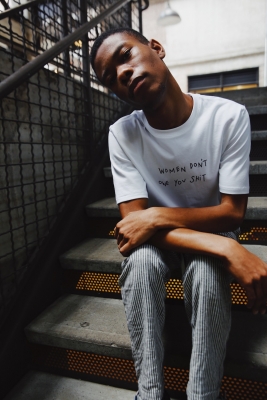 Processed with VSCO with av4 preset

Being a triplet, do you feel it was difficult to fit in?

“I got treated the same way my brothers did. If they went outside and played I did too, if I got in trouble I got my butt beat just like them. I didn’t feel like the black sheep of the family and I didn’t feel like an outcast, I felt completely normal.”

What is the ultimate goal you want to achieve with your disability?

“The ultimate goal for me is to change the narrative that people have around people with disabilities. Most people look at us as “helpless” or that we always will need someone by our side 24/7 and that’s always not the case. Some of us are very capable of living on our own like an abled body person. I want to be able to make my community feel comfortable about themselves and not have to feel ashamed about their disability. It’s a blessing on my life, not a burden.”

One thing Damion has always dreamed of was becoming a model and changing the dynamic. Proving naysayers wrong and changing the mindset of judgmental people is how Damion plans to make a difference. For his community, he wants to be that example and role model that tells others that they too can be the change. While talking with SHEEN Damion did express that sometimes doubt does come into the picture because he feels like he is on the same level with his career, but he always encourages himself to keep pushing through until it is his time.

Being viral/known on TikTok you receive love and hate, what is your secret to keep going?

“Don’t pay attention to the hate & trolls. As long as you know what your intentions are nothing else matters! I always get more love & support than hate. When people DM me and tell me how inspiring I am that just makes me even want to go harder! I won’t stop until my job is done.”

Damion has an awesome support system, He can turn negatives into positives or negatives into something funny. The hate has molded him into the positive light he is today. Just like anyone else, Damion does have his days, but his tunnel vision with his goals is unmatched by any form of negativity that comes his way. With social media, you have the option to turn off comments that way you don’t read anything negative, but for Damion, he chooses to be true to himself as well as his followers. He allows his followers to see what he sees regularly as another form of communication to inform others with disabilities to keep pushing through. 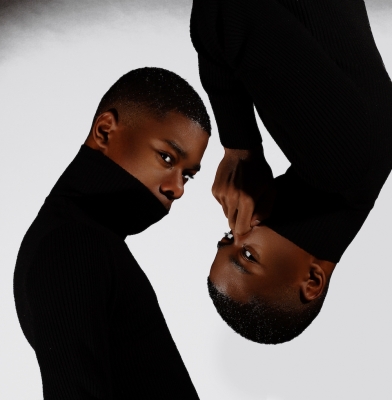 Who is your biggest inspiration and why?

“I know this may sound weird but I am my biggest inspiration. I been through hell & back and just to see myself get out of that and still succeed in everything I do it’s amazing to me.”

All day every day Damion uplifts himself as no one else can. Looking back on his life when he was in a wheelchair until 2nd grade, he had to get up every day and be determined to push forward.

After the 2nd grade, Damion transitioned into a walker. He had four surgeries total to help better assist him with his disability. Seeing himself go through those different stages inspired him. IT uplifted him. It gave him the strength to keep going. Damion quickly realized he really can do anything he puts his mind to which should inspire others to do the same.

What is something people told you you couldn’t do due to your disability, but you did it anyway?

“When I was younger my mother didn’t put a limit on anything I did. If I wanted to go outside and play she would let me, if I wanted to play football with my brother I did. She did not shelter me as a child my childhood was no different from my brothers. When I went to school I used to get bullied every day and kids would say “you can’t play with us” but I’ll prove them wrong every time.”

Damion’s first job was at 18 working at Six Flags in ATL. His mother was very concerned about him standing for long periods of time, but working there was a great opportunity for him. For now, creating content on social media and uplifting people that seems to be working for Damion and is what makes him happy. Certain doors have already begun to open for Damion and only more doors shall open moving forward! He does want to get into motivational speaking and book writing. Right now Damion has zoned into his creativity bag and is opening his mind to different routes he can take. Damion is the oldest of three triplets. His brothers Damion and Desmond take on the older brother role when it comes to Damion. They bicker just like other siblings but are very close and funny as a whole. With fears come great doubt and with great doubt comes incredible disappointment. Never lets your fears overpower who you truly are. Being you, loving you loudly and proudly is the best thing one can do for themselves, just ask Damion.

This sound is literally stuck in my head 😩#fyp #foryoupage