A Young Black Girl With A Dream, Gail Bean

Gail Bean is a young black girl who won’t let a pandemic stop her from dreaming bigger and better things. She is an inspiration to all, as she navigates her own light as a Mitchell and stays true to her humble beginnings from Stone Mountain, Georgia. In this article, Bean shares with us who she is, her starring role as Gynnifer Green in Paradise Lost, and what we can expect from her in the future. Share who you are to the readers.

I am Gail Bean, a young black girl from Stone Mountain, Georgia, who had a dream and followed it. I am the baby of five older brothers and my mom is a high school teacher, who is retiring this year. Shout Out to Her!! And, my dad is an NFL football coach and former player.

By being the only girl and the baby with the legal last name Mitchell, and also my dad being in the NFL and now coaches, I kind of wanted to have my only light and not be in someone else’s shadow, that is why I went with the name Gail Bean. Bean came from some friends in school who started calling me that and said change your Facebook name. Everyone just started call me that and it just stuck. Not everyone knows that my name is Gail Mitchell.

I am a Sagittarius and just love life! You will probably see me smiling and laughing, more than anything else.

What can we expect from your starring role as Gynnifer Green in Spectrum’s mystery-drama series “Paradise Lost”?

You can expect Gynnifer Green to be this a ray of light and sass, but a Southern belle that don’t take crap and has her own way of doing things. She has this future tand will go after it by any means necessary. She kind of has a past that she wants to leave where it’s at and not uncover or find out more about. She will be quick to clap back; she will ask questions that others may not ask. Also, she wants to know and has set goals in mind with all tunnel vision. However, once her sister pushes the issues to seek the truth, Gynnifer gets on board and eventually it piques her interest. Gynnifer eventually grows and matures as she learns that if you don’t pay attention to the past, history will repeat itself.

What attracted you to Gynnifer Green?

My parents are from Camden County, Georgia, a small southern country-town about 15 minutes outside of Jacksonville, Florida. I was just reminded of so many people from the small town, those with dreams and aspirations of wanting to venture out of the cities. It honestly reminded me of my mother, like Gynnifer, my mother had a dramatic experience in her past. When my mother was young, her sister drowned, her name was Gail, hence my first name. It reminded me so much of my mom, I saw so much life in the character and so much brightness in this story. It’s  just dark and gloomy. I just love it! Gynnifer is a fashionista, she is up on the trends in terms of hair, makeup, beauty, and wardrobe. So, all of those things about her attracted me to the role.

Can you tell us more about your upcoming drama, Snowfall?

With the coronavirus and everything going on lockdown, we were actually in the middle of shooting Episode 4, Season 4. When I tell you, we were just getting in the swing of things! The whole series is just very real and raw, when expressing the crack epidemic in the 80’s in LA. But in season 4, you see and know the characters but then you don’t.  Season 4 introduces a whole whirled wind of events. I feel like the audiences will feel as those people who were on crack, as if they have an experience being on a drug.

Snowfall is a show that you thought you knew, audiences will be like who is this, what is this, but not in a bad way. It’s like we are giving them an experience of drugs because that was the reality of the 80’s and the crack epidemic. Anything can change at any given moment because when the drugs get a hold of you, you don’t know who you are, what you might do, and what might happen. For all the characters relationships, friendships, bonds, and lovers, things get flipped and turn upside down. Like its said, last will become first and the first becomes last. You’re really going to see that in Snowfall, where true loyalty lies and bonds can be broken, and addicts can become clean. You’ll see a lot in episode 4, but for right now we hit a hiatus while filming season 4, episode 4. But there is so much more to come and it’s going to be great!

It’s so realistic and true to the time period. That’s what I love about it! Because it’s not just stuff for the story line, it’s true, genuine and authentic. During that period and even now, friends can become enemies, bonds can be broken, and people can get hooked on drugs. It’s a different type of drugs nowadays, but during that time period you see how people perish. And this is the first season that we don’t have John. So, it means something more because we have to move on in honor of him, he is not here to tell his story. We are left here with the responsibility to keep it truthful and honest, so we don’t taint his image. 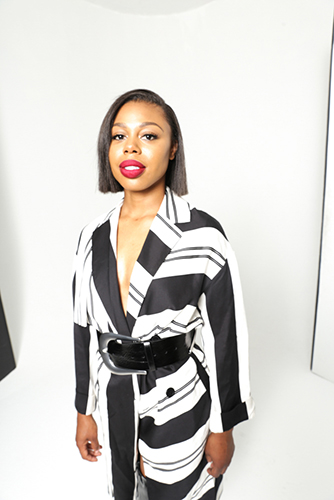 What advice would you share with aspiring actors or creators navigating the industry?

I would say, don’t give up! People say success doesn’t happen overnight but what they don’t tell you is that opportunities does happen overnight. Your life can change in a blink of an eye! You can hear a million no’s and your yes can be one million to one. So, the more no’s you get, gets you closer to your yes. Just don’t give up, it’s coming! It’s coming! No matter what you think, no matter how many times people tell you no. Even when people tell you some of the worst stuff like you’re not good, you should not be in front of the camera, you should be behind for a person like you. All types of things. But you need to know deep down for yourself that it’s coming. It’s not about if, it’s about when!

The future is only going to get bigger and better! God has blessed me to work with some great people thus far and I am 100% certain that is going to get bigger and better. Each year has progressed and each year that I have been blessed to be alive and work in this career field with any sort of success, I know I have gained more than the years before.

When it comes to projects, you can expect more television and film roles. I also write and produce, so you can look for projects of my own being out there. I want to be that voice to break barriers for the youth and people in my community.

Is there any information that you would like to share with us that was not previously asked?

Just in regard to the time we are in right now, we are not in a bad time. To understand that mindset is everything and we must embrace what is happening because once you start to embrace things you will be at an advantage even during this time.

As far as my career, everything I’ve been on, you can stream it right now while you’re in this situation and staying at home. You have Detroit on Comedy Central, Atlanta on FX that is on Hulu, Snowfall that is on Hulu, Insecure on HBO, Unexpected that is on Netflix, the Belko Experiment on iTunes, and Chicago PD as well as Greys Anatomy. You can get a variety! 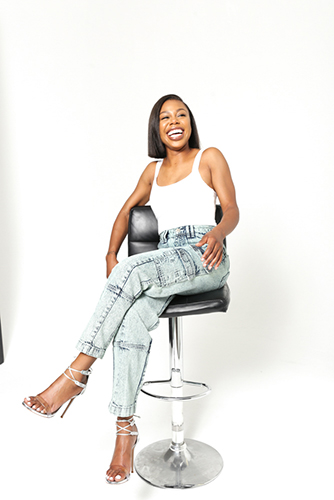