We know and love Joseph David Jones from his hit roles including being a superheo in the DC universe and as well as tackling hard-hitting subjects surrounding racial injustice and police brutality. This fall, David-Jones can be seen on The CW’s highly anticipated series, The 4400. Before we get to meet his character in his new role, we wanted to sit down with him for an exclusive interview discussing what all we can expect to see when the show airs later this month.

I play Jharrell. He is a social worker that helps the 4400 reintegrate into society, but also he is supposed to be finding out what happened. How they got to our current time, what is it they’re there for, and more. The show itself is a remake of the show that started in 2005. We basically are a reboot of that. The story includes people from all different times in American history, who all went missing, and appear in the middle of Detroit, at the exact same time in modern day. They’re trying to process everything, figure out what’s going on, and who they are. At the same time, the people who do get transported are trying to figure out what happened to their lives and families. My character is sort of the person that is shepparding them through this process.

What can we expect to see when the series premieres this October?

Ooh! It is going to include some cool sci-fy. It’s heart wrenching and there is personal drama. The concept itself lends itself to so many different areas. You’re going to see a lot of moments where people who did great transported to our modern age have to deal with the fact that their families are gone, loved ones have aged in an instant, and more. Our series spends a lot more time with the interpersonal care and drama. It shows what the effects of the incident that happened has on them. You see it develop throughout the series, but it’s an amazing sci-fy concept. We have comedy and a lot of passion, heart, and drama. 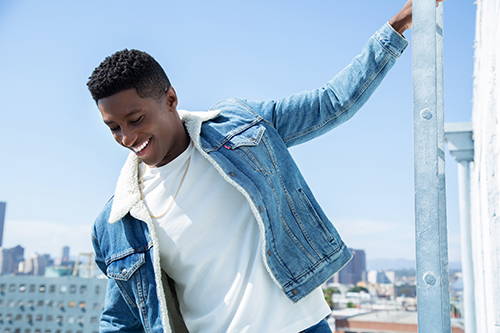 Can you tell us about your experience working on the film Detroit?

I was just thinking about Detroit recently. Especially when things happened with George Floyd at the beginning of 2020. I had messaged all of the people from that move because they were such strong, compelling parallels between what was going on and what we had shot. Man, how much have things really changed, you know? Shooting that movie was so fulfilling and validating. I was working with people who I respected so much in the industry. Great writers, directors, actors, everything. It was the first thing that I had done where I felt a real weight to it and pressure to do justice to the story and to the people who lived through it, because they’re real people. All of these events are events that are so relevant today. We didn’t want to do it wrong. We tried to find levity in some of the tougher moments and scenes. Overall, shooting the movie felt extremely validating and I was proud of the work we did. The fact that it still speaks to people today is a testament to how powerful that movie was.

Ahh, I have a short film that I had shot. It’s similar in concept to Detroit as well. I shot it during the pandemic last year. Wrote it with some friends and we developed it into something beautiful. We’re going to start our festival run on that fairly soon. I’m also working on an album that I’m hoping to release around the premier of the show, but if not there will be a few singles that will get released with the show, with the album dropping later on in the year. 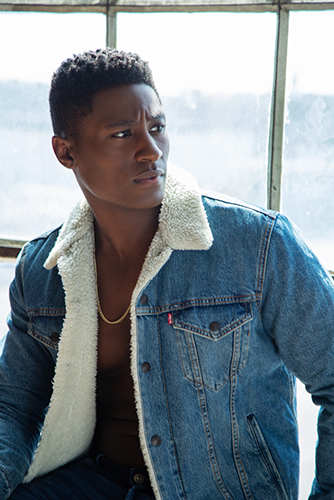