Nicole Ari Parker has recently been seen in NBC’s hit series, Chicago P.D. and more than ever, she is ready to tackle this new role of her’s. As Deputy Superintendent Samantha Miller, she tackles reform during the Black Lives Movement on screen while we all experience this difficult time of real-life social injustices happening in real life. We caught up with her to discuss her exciting new role, filming during the ongoing pandemic, and much more.

Tell us about your role in Chicago PD.

I’m honored to play Deputy Superintendent Samantha Miller. The writers have really made this character into the storyline to tackle some of the big issues that we’re facing in American cities and everywhere.

Did you happen to film during the quarantine? If so, how would you describe the overall experience?

Yes. They opened back up last fall. I joined around October; I believe. It took so long for production to start back up because there was a lot of preparing to protect the cast and crew. There is so much contact in our business, so NBC really took precaution. I get tested four times a day, I wear a mask until the moment they say action, and I put it on right after they say cut. I ride alone in the van to the set and I’m the only one during my time in the makeup trailer. It couldn’t get any cleaner or more sanitized (laughs). They really monitor everyone’s testing phases. You just feel very cared for.

After locking down this role, how did you prepare in order to bring Samantha to life on screen?

That is a great question because there is a lot of details that come with playing a cop. I wanted to master that. Between getting the job and starting, there wasn’t a lot of time, but I was able to speak to high-ranking female cops and yet at the same time, we often forget that they are still people. I had to creatively create a character in the same way that I would any character but folding in some of the details and challenges that are very specific to this profession. 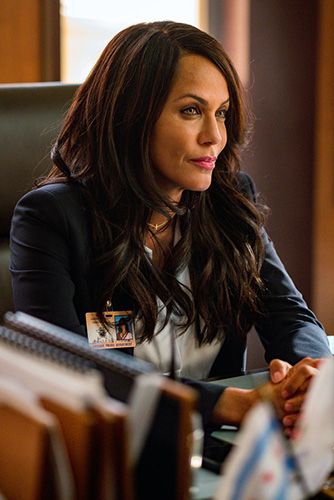 What can we expect to see this season on Chicago P.D.?

I don’t know too much (laughs) I get the scripts like right before. I think that they’ve got their finger on the pulse of something really exciting. Like any good drama, I was telling another interviewer that it’s going to be a little messy but at the same time, there is a movement towards exploring some shifts in the way that police are police and the way that reform could be possible. The original oath can still stand, and the police force can get their respect back.

Well, I’m here in Chicago for a few more episodes. We’ll see how it goes. I’ve got some things in the oven within the NBC family, so we’ll see what happens! 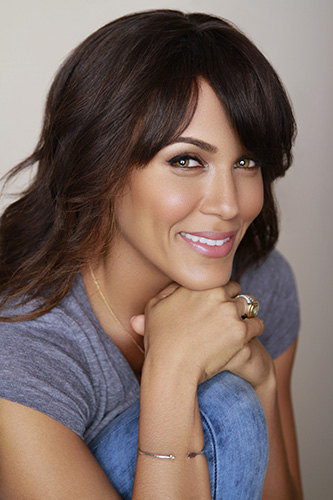 Be sure to tune into Chicago P.D. on March 10th to see Nicole Ari Parker reappear on the hit series.