AdELA Talks New Song ‘My Green,’ Being A Triple Threat & Her Ultimate Goal in the Music Industry

Triple threat, AdELA is back with her newest single ‘My Green’ and the visual is just as good as the song. The Rapper, Singer and Songwriter is far from new to the music industry. She has collaborated with artists such as Royce Da 5’9, Fat Joe and a lot more. AdELA also contributed to Meek Mill’s album ‘Wins and Losses”, which made her a certified Gold Songwriter. Not too long ago she dropped her hit single, ‘Pretty Girls’ which has amassed over 300,000 plus views on YouTube. I got the chance to ask the talented songwriter about her new single and much more.

Your single ‘My Green’ was released earlier this month. What was the inspiration behind the song?

My team and I created this song very quickly in the studio, on the spot. Ms Madli hit play on the beat and instantly we caught a vibe. It’s a laid-back beat but it’s bossy. The bossiest thing you can do is get the bag and we wanted to paint that picture. I got in the booth and we were all just throwing around lines and Madli has a clear picture of what she wants as a producer so I knew once she got the final product and put her touches on it, we would have something special. Alonda hopping on the track was a bonus because it really was a collaborative effort between all of us, and it’s something I’m super proud to have done with my all-female team Off the Burner. We got so much in the works as far as writing and releasing new music and Ms Madli and I are teaming up to drop new heat.

For the music video, you filmed and directed it yourself. Would you say it’s better for artists to have creative control over their visuals?

Artists should have creative control over all of their art. Music and visuals. I have been lucky enough to maintain my independence in the business, but to be able to do that is tough work. For the last couple videos, I shot, styled and directed them myself because we were in a pandemic and I had to get creative. I did not want my art to stop, even though everything else around us was stopping. That’s the beauty of being a creative, you find ways to get your art into the world. I do want to say that I passed the video on to my long-time director Bronx Deadeyez to edit and we did like Jordan and Pippen on this visual. It was too easy. 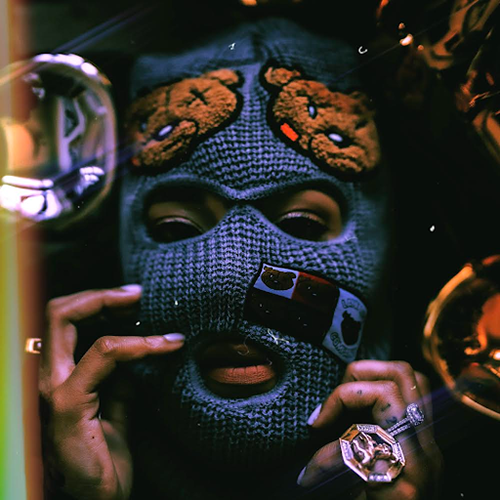 As a triple threat, which of the following do you like more: singing, rapping or songwriting?

I love all aspects of making music. To me, being able to be creative every day is a dream come true. And being able to shift between all three is my superpower. Everyone has one, and that’s mine. Every day I try to be a better artist and add more tools to my bag, like directing my videos, etc. I feel like if you aren’t moving forward and trying new things and getting out of your comfort zone you aren’t growing in your craft.

What is your ultimate goal in the music industry? How do you stay focused on pursuing this goal?

My ultimate goal has always been to be heard by as many people as possible. As long as I’m growing my fans and my catalogue and doing it independently, I’m achieving my goal. And this may sound cliche’ but I always want to put a positive message out into the world and be a good role model for whoever may come across my music or art. My music and my art will be the legacy that I leave behind.