Keith Swift is a man th entire world has been swooning over since the release of BET+’s hit new series, All The Queen’s Men. On screen, he portrays Babyface – a male exotic dancer at Club Eden, but off screen, he’s a man who is dedicated to proving that while he may have a background in exotic dancing, he’s a professional first, and a man of many talents. In our exclusive interview with Swift, he opened up to us about his journey thus far, his role, and much more.

Tell us about your role in All The Queen’s Men.

I play Babyface. Babyface is one of the top elite male exotic entertainers at Club Eden. I’m also considered one of Madam’s go-to people. She owns this exotic strip club. Besides everything that’s going on in our lives, I’m one of the dancers that not only does well in the club, but I also have her back. My the oldest in the club, I’m 35, but I have that young fresh face. 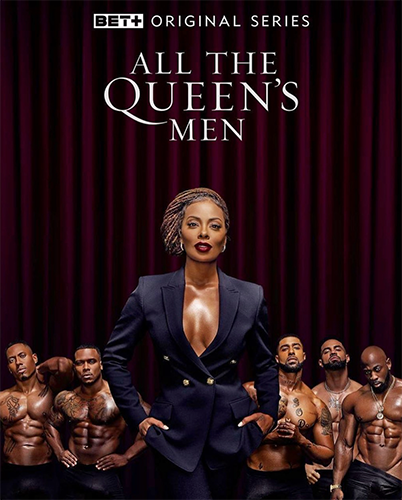 How would you say you and your character Babyface relate in real life?

We’re both great male exotic entertainers. I was an entertainer before I got into acting. Also, he can be a bittersweet ass hole at times and I can recall a time when I first started male exotic dancing. I was the same way. Of course, over time I grew out of that but there are a lot of things I know we can relate to. We both can dress! On the show and outside of the show (laughs). 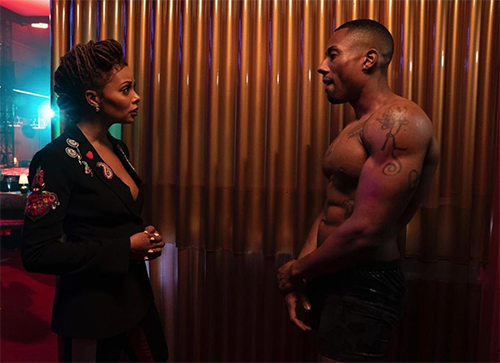 How did you get into exotic dancing and modeling?

My career started right after high school. During that time in high school though, I would go to high school parties and dance. I always had rhythm. When I graduated, my cousin would come over and we would play basketball. Some nights, he would stay the night. He would be out late at night and come back with these big, hefty black bags full of singles. He would wake me up at 3 or 4 AM in the morning. One day, he told me he worked at this club and suggested that I come during amateur night. I’m not going to lie, I was hella hesitant. Eventually, I got the courage to do it. It took me maybe a month after he told me to go do it myself. I made sure I practiced and had my routine together. I didn’t tell anyone because I didn’t want anyone to see me up there. I went and ended up winning. They loved it! I made $500 on stage, without anyone knowing me. The club owner told me he wanted me to work there until I got my license. After that happened, I didn’t dance until a year later. The license at the time was $350, I could’ve got it then but I was working and going to community college. It was fun, but I didn’t think I could get into the lifestyle. A year later, I’m working at Dollar General and one guy I had known from the club came into the store. He suggested coming through. I’m not going to lie, I thought about it for the rest of the day. I clocked out on a Wednesday and I never went back (laughs). I was in the club that following Friday. It was just on from there. Being in that club atmosphere, it showed me a lot. I had to grow in to a man quick. One of the things that I pulled from it was that I learned how to build a professional brand, just strictly off male exotic dancing. It’s gotten me to the point where I am now. Just continuing to ensure that I’m being professional. In terms of modeling, when I was in the entertainment industry [during 2011-2012], I started seeing the same thing. I was making the money, I was having a good time, I was young, but I began questioning where I wanted to go next. What am I supposed to be doing? I just started to venture off into other things. People were already telling me to consider modeling, but I never took the chance to do so. One day, I drove to Chicago to try out for this fashion show and once I did that, I began modeling. I took a chance of getting on the road from Detroit to Chicago. I ended up making it and two weeks later, there was a fashion show in Chicago. It was a huge turnout. I met Bryan White. He’s a cool guy. I decided to continue to see where modeling could take me. I’ve met a ton of dope photographers that I still keep in contact with everyone. Fast forward from there, I ended up noticing that you’re taking these trips so that you can tryout for more shows, but no one is paying for that. You’re independent. I was running low on the money I made from dancing because of those trips. I wasn’t seeing any payout. I wasn’t a top model; I was just getting started. I knew I had to make the money, so I got back in the club and saved up money. I did my thing and I began straying away from modeling. I was so focused on the money. When you’re in that lifestyle, it’s so hard to let go because the money is fast and legit.

Currently, I’m working on a huge production tour. It’s a farewell tour. My dance name used to be Fatal Attraction. I never got a chance to tour the six major cities here. I’ve been in Vegas, Los Angeles, Miami, Atlanta, North Carolina – a ton of places but I felt like I was always booked. I never had a chance to be the headliner of my own shows in some of the cities. I’m throwing a male exotic tour – which I’ll be dropping in 2022. Everything takes time. We’re in production right now. In the rest of 2021, we will be filming season two of All The Queen’s Men. Besides that, I’ll continue to build my brand and release content. I want to show who I am as a person, a human being – rather than a piece of meat. We get put in that category as a male exotic dancer. We’re not just stripping, I’m a sexy, crazy, cool guy – a professional first!

All images by Q11 Photography