Amythyst Kiah on Her Recently Released Single, “Black Myself”

Just last month, Amythyst Kiah released a brand new singer titled “Black Myself” and the music world is buzzing! The singer/songwriter is truly redefining the music space and we can’t wait to see just how far she will continue to soar. Just recently, we caught up with her to discuss the brand new single, what she has planned for the year 2021, and much more!

Tell us about your recent single “Black Myself.”

“Black Myself” is an overview of the Black American experience in about 3 minutes! It covers the tragedy of the transatlantic slave trade and the triumph of overcoming adversity. I wrote the song for a previous project called Songs of Our Native Daughters; that version features three other black women: Rhiannon Giddens, Leyla McCalla, and Allison Russell. I wanted to re-record the song for my solo album to help push forward the current conversation surrounding systemic racism and how it looks different today than it did years ago.

I like to blur the lines between genres. My biggest influences are alternative music and Americana, both incredibly broad music categories that speak very much to the underdog in me. I also enjoy pop/dance music, so those elements sneak into the melodies of my songs as well. If I like a song or an artist, I embrace it regardless of “official genre.”

What have you been working on during the ongoing pandemic?

I recently signed a deal with Rounder Records, finished my album Wary + Strange, and worked on quite a bit of video footage. We’re gearing up to release the album later this year, which is exciting! I’ve also been experimenting with filmmaking and doing quite a few virtual gigs to help sustain me financially.

What advice would you have for artists during this time?

My best advice is to know what your strengths are and to adapt to our current situation as best as you can. This will look different depending on if you are a touring musician, session musician, singer/songwriter, etc. It’s been a particularly difficult time for gig workers, so we have to try to help and support each other.

This year is going to be all about Wary + Strange. You can expect to see it later this year on CD, vinyl, and all streaming platforms. Also, there will be an official music video for “Black Myself” coming soon. I will continue to gig virtually until we can safely play shows in person again! 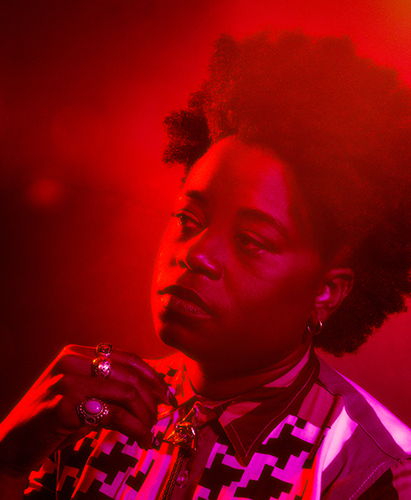