Navigating the scenes of music and television, DeAna Fai talks about her latest projects.  As an independent Pop, Hip-Hop, R&B artist, songwriter, actress, entrepreneur, and philanthropist, DeAna Fai is an atypical creator.  A credited soundtrack artist in Hollywood Feature Films “My Favorite Five,” “Hey Mr. Postman,” “Perfectly Single,” “Puzzled,” and others, as well as having connected and learned from various music industry vets such as the legendary Heavy D., Beyonce’s Former Tour Manager, Alan Floyd, and Former A&R Coordinator for Bad Boy Entertainment, Hughes Felizor, DeAna Fai  turned her success into a platform suited for creatives aspiring to make a difference.

“During the beginning of the COVID-19 pandemic, the country was at a standstill attempting to determine a safe solution for all to return to the workforce, and educational systems,” DeAna Fai explained.  “It also created a dilemma for entertainers who were committed to projects that were forced to cease until proper instructions and ppe were provided for safety.”

It was then that DeAna Fai decided to create a podcast “DeAna Fai presents Kings and Queens of Entertainment” which allowed entertainers to connect and network virtually.    More than 60 celebrities were scheduled and blindly placed on panels throughout the 12 episodic podcast for its first season.  The celebrities were able to share their success, directly offer words of encouragement to aspiring talent and have a great time answering hypothetical questions full of laughter in the midst of like-minded creatives.  There were episodes that also united some of the entertainers with some of their favorite celebrities, as well as reunite others.  “It is always nice to see how humble and excited an entertainer is when they meet someone that they’ve watched growing up,” DeAna Fai explained. The podcast proved to be very informative, resourceful, uplifting and fun at which DeAna Fai returned with a new approach creating a spinoff called “DeAna Fai presents Kings and Queens of Entertainment Reunion Recap & Giveback.”  This video version served as the season finale which included another element centered around spreading awareness for a couple of foundations to include “The National Breast Cancer Foundation,” and the “American Stroke Association” for its first season. 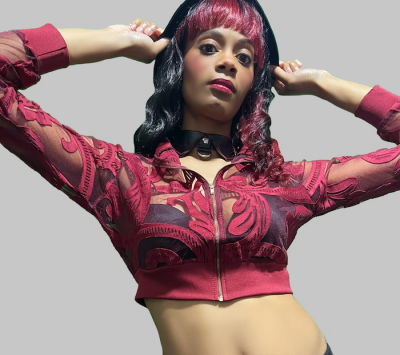 DeAna Fai is no newcomer to the music and television scene and has made some prominent encounters that have aided her on the path to stardom.  She wrote and performed the show’s Theme Song “Kings and Queens,” as well as others that can be heard titled “We Can Be More,” and “Challenge.”  “I hope these confidence driven records will influence people to become better versions of themselves.  We need to hear more positive music especially during times like this where we’ve lost so many during the pandemic and due to depression, and violence,” DeAna Fai explained.  The show is expected to be released later this year on YouTube with anticipation of a red carpet premiere.

DeAna Fai’s new music will be available on all music platforms following the release of her show “DeAna Fai presents Kings and Queens of Entertainment Reunion Recap & Giveback.”  Her current music can be streamed on Apple Music, Spotify, and Amazon Music.  For more information on DeAna Fai, visit her social media pages on Instagram, Facebook, and Twitter.