Artist, Shawn Perkins Describes His Style of Art and How He Uses It to Connect with Others

Shawn Perkins, popularly known as SP The Plug to his followers is an artist who’s surreal work left me absolutely stunned. Amazed by his creations and each beautiful stroke, I knew I had to sit down with him to discuss exactly what he wants each viewer of his art to feel when looking at his work. In our exclusive interview, Perkins opened up to us about his style of art, being featured in New York Times at BLM Plaza, and much more!

How did you get into the work of art?

The world of art has always been something that I have been drawn to [no pun intended] ever since I was little. I used to love drawing cartoons that I loved to watch including Pokémon, Ninja Turtles, and all that. I would always try to redraw the characters. When they would show behind the scenes of projects that I watched, you would see all the animators and artists making picture after picture, frame by frame. It was so fascinating to me that they could make this long movie, and it was all still images put together. I’d always been interested in being an artist. When I went to school, my major was graphic design, so I got into the digital side of it as well. Everything came back full circle after college when I began painting full-time. The world of art has always been something major in my life. 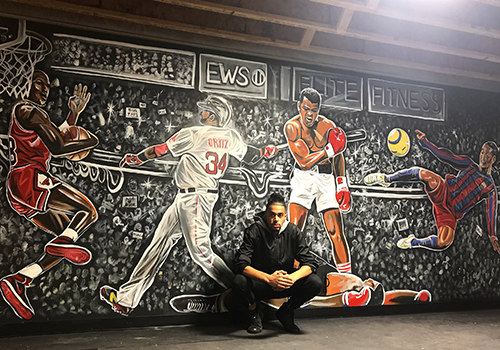 Can you tell us how you felt when you found out your mural work was going to be featured in New York Times at BLM Plaza?

I mean, one I was super amazed and honored. New York Times is big time! When the reporter approached and asked if he could take photos, of course he introduced himself and who he was working for, but I didn’t think that they would do a whole article about it. Right after I finished that mural, I had to fly out of town for work in Alabama to do another piece of art. When I touch down in Alabama, I get off the plane, and I began seeing that I got pinged in an article. I went straight to it and thought, ‘Wow! New York Times.’ That was amazing. That is something that no one can ever take away from me. 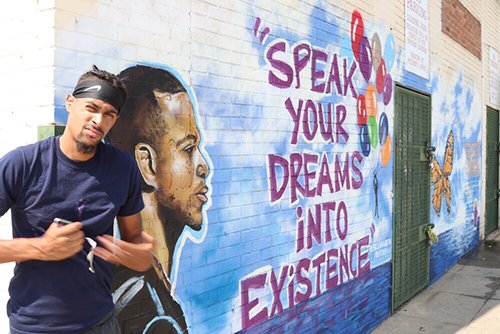 How would you describe your style of art?

I guess it’s based on realism/surrealism. I showcase how I’m able to make things look realistic on a 2-D perspective. It’s kind of based on realism but I like to play around with forms of abstract and things of that nature. I try not to box myself in, I know it’s a double-edged sword, where it’s like if you don’t stick to one thing, you can do other things but if you’re doing other things no one knows how to equate the work with the artist. For me, it’s been a journey of finding what I like the most so, I tend to do several styles. It varies project to project, especially if there’s something specific that the client wants. If I’m creating something for myself, I would create something surreal. My favorite artist is Salvador Dali. He’s known for his surrealistic works. That’s kind of the lane that I travel in most often. 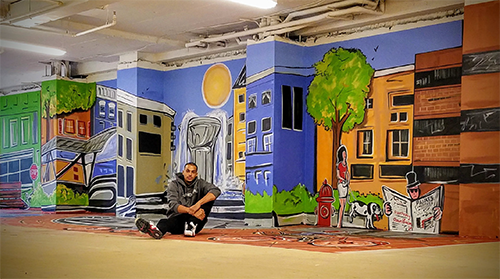 I’m working on several different murals out here in Washington D.C. One is at an elementary school, I just finished one at a high school recently, and I’m currently working on a restaurant. There is also the Pentagon City Mall out here that is installing a selfie museum. That’s going to be a big room with many rooms within it that are speaking to different landmarks or things that are related directly to DC where people can come in and it feels like they’re being emersed in that room. For an example, one of the rooms is The Oval Office. People can come in and sit down behind the desk. The whole background will be painted to resemble The Oval Artist. So yeah, just working on a few large projects like that and getting prepared to go to Miami for Art Basel at the end of the year. I’ll go down there with a collection of original artwork paintings and see if we can make a splash down in Miami to close out 2021 strong.