Ashlee on Changing R&B’s Narrative on Female Pleasure, How ’90s R&B Music Has Influenced Her Sound, & The Direction of Her New Album

Ashlee, a Brooklyn- born and Elmont, LI raised R&B singer, is looking to change the narrative around female pleasure in music, one song at a time. Her 2019 viral single “Alone With You,” full of seductive falsettos and self- penned lyrics that discuss female sexual empowerment, garnered over 2 million streams and got her noticed by major labels. The sexy mid-tempo ballad is only the start of Ashlee’s catalog as she dropped new single “Prisoner”, a song that touches on devoting a large chunk of time to a relationship and wanting it to work out because of the aforementioned despite the problems that have arisen. The rising R & B songstress wants to be a best friend to her listeners, having a penchant for making relatable tunes for those who have been in situation-ships or relationships that haven’t worked out and are seeking advice through song and for women who want to embrace their sensuality and tap into the powerful boss that resides in all of us. Between having a new album in the works, adjusting to her newfound fame as a singer, and learning lessons from navigating the NYC music scene, there’s a lot of life experience for Ashlee to draw musical inspiration from.

We had a chance to chat over the phone and discuss the direction of her new album, the influence of 90’s R&B legends Aaliyah and Brandy on her sound, and using music to process feelings, and more.

Your sensual single “Alone with You” has amassed over 2 million streams and puts women’s sexual pleasure front and center. What inspired you to write this track?

So, I received the beat for the song and that beat gave me a really sensual feeling. I wanted to sing something that was around the topic of sex, but I wanted to make it something that was dominant on the female side because a lot of music today has the male being the dominant one and the female is more submissive. I think, a lot of times, females forget that sex isn’t just for men, it’s for women too. That’s what I wanted the song to embody.

How do you think the R & B scene can change the narrative around women and sex in their discography?

We have a lot of songs that are speaking about catering to men, making sure that a man feels appreciated or pleasured, all those kinds of things. I think it’s okay for females to say ‘Hey, I want to be pleased. I want this to be about me and I’m not just trying to impress you. You also have to impress me or make sure that I’m good.’ With females being a little more honest, sometimes females can be a little bit nervous about expressing themselves in that way. But we’re humans and it’s honestly how we feel. So, we should just be honest about it in our music. 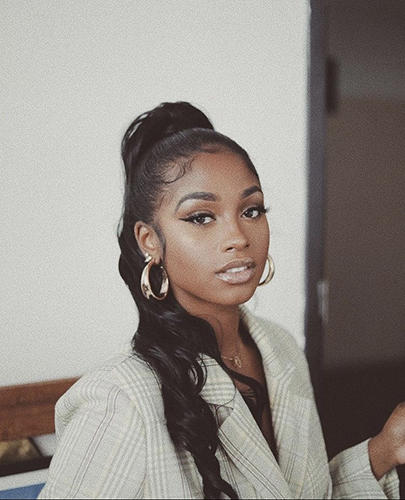 I’m also loving your new single “Prisoner.” What made you want to write that song?

That song actually became a song by accident. It was actually in a moment where I was really frustrated with somebody that I was dating, somebody I was dating for a long time, and I felt like because there was so much time invested into it that I was supposed to make it work or figure it out. Because I chose to make this person a part of my life, I was supposed to just make it work. But it got to the point where I realized that I was giving more of myself than I should be, and I was having to deal with things that I just didn’t need to and I had to remember who I am. I think a lot of times people get lost in the feeling of love and forget to love themselves first. I think that was a point that I had got to for a little bit and I started to feel really uncomfortable, so that’s where the word “prisoner” comes from because I feel like at the point, I felt like I was a prisoner to the relationship. I felt like I was supposed to be there, and I was locked down and I couldn’t get out. I had to take a step back and focus on me, especially with the career I’ve chosen and working on. It takes a lot of me being strong in different parts of my life. If I’m going to be in a relationship, I need to feel comfortable in it and be able to trust it and not be a prisoner to someone. That was kind of a relief for me, letting how I felt be known. I put it up on my Instagram as a freestyle and everyone was like “OMG, you need to make this into a song”. So, I got into the studio and I made it a song.

Speaking of new music, you’re working on a new album. What musical direction or focus do you want the album to have?

I’m actually really excited for it. The album is going to be a lot, just because throughout this music journey that I’m on, there’s been so many things that I’ve been introduced to and had to deal with at the same time as well, good and bad things. I’ve been introduced to great things, but also being in the position I’m in, there’s a lot of people that started with me that kind of changed up throughout the process and made me not be able to trust people the same and I had to change the way that I operate because of my career. So, there’s a lot of talking about that whole process because I feel like a lot of people, they see the music and the numbers and they’re like ‘Everything is so good. Congratulations!’ and then I know a lot of fans are sometimes confused as to why I don’t shoot out music all the time. There’s a lot of stuff that happened that isn’t on my Instagram or YouTube channel that hinders me from being able to move forward. But I’m going to let all that out with the album. So, I’m really excited. It’s going to be a really powerful moment for me, and I definitely think there’ll be some women empowerment in there. Also, just some celebration because it has been a great journey for me too, so there’ll be a little bit of both. So far, everything sounds great. I think I’m making the best music I have thus far. We’ll just see how it ends up. 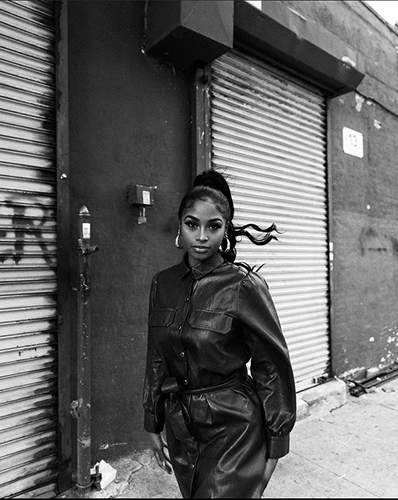 How do you plan on promoting the new album? Are you going to drop a single or wait until the full album is released?

I’ll definitely drop a single before the album comes out. I’ll probably do a single with a visual kind of situation or two singles with two visuals. Getting a little closer to that is when I’ll know exactly what I’m doing. I need the album to be fully complete before I make any decisions like that. We’ll definitely throw a single out there. Shortly after, the album will come.

Do you feel a sense of creative freedom with your label, Que Records, as opposed to being an independent artist?

It really depends on what situation an artist is in. I think deciding where to land as far as signing, you have to make sure that you’re dealing with someone you can trust and someone that’s going to want to know how you feel at all times about what it is that you’re doing music wise. There’s a lot of labels that kind of want to take an artist and create a whole different character and there’s some that’ll let you be yourself, let you be free, and maybe they’ll make sure everything is up to a certain level as far as quality. But, as far as creative control, you’ll have that. And that’s one thing about me: creative control is very important to me. I’m a very outspoken person. To people that know me, they know that it needs to be my way and be portrayed the way I need it to be portrayed. I’m not a really good faker. I’m very blunt with the things that I like and dislike, so if my heart isn’t into it I’m not going to really pay attention to it as much as something that comes from within me.

What artists inspire your work and made you want to be a musician?

A lot of my musical inspiration comes from 90’s artists. Honestly, the two major ones are Brandy and Aaliyah. One, Brandy, because I feel like her songs were always so relatable. She seemed to be very honest even with her last album, B 7, she just seemed so transparent and just expressed how she feels about life and relationships and whatever it is that she’s going through. Aaliyah, I take inspiration from her because I feel like she was one of the pioneer artists to kind of bring a certain swag to music. It went from being just R&B to this whole thing.  She’s just a cool girl. When you think about Aaliyah, you think of a cool girl- the way she dresses, the way she sings, her harmonies. She doesn’t do too much. She doesn’t have to belt out a song. She could just be laid back and tell her story or say what’s on her mind or be sassy and I like that. So, I try to incorporate that into my music as well.

What do you want fans to take away from your music?

Honestly, with all my songs, I really just tell my own story. I think one thing about me is that, aside from music, even with friends of mine, I like to be a person that can give the best advice that I can to them from my perspective and based on what I’ve been through. So that’s the same thing I do with my songs. I take a situation through and I talk about the way that I get through it and it just ended up being a song. When I first started writing songs, I started with poetry as a young teenager. That was my outlet. I wasn’t a big talker in middle school and high school, so I would just write poetry and then that graduated to music. So, the process really didn’t change from then to now. It’s just being done on a different scale now, I guess.

How would you describe your music to a new listener?

It’s funny because every time I’m asked this question, the answer changes. (laughs) Like, how do I explain it? I think my music is really music to empower females. I kind of like to view myself as that best friend or that sister that’s going to tell you how it is and not sugarcoat stuff and be honest about feelings but also try to empower the next female. Somehow, guys like it too, so it works. 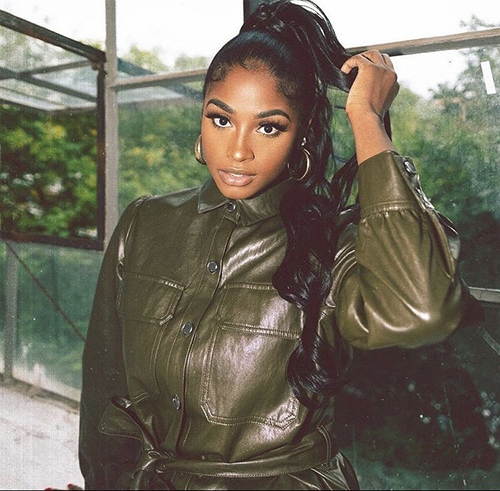 With new music on the horizon, this is just the beginning for Ashlee. With her talent, honest songwriting, and appeal. Ashlee has made impressive strides independently, gaining a loyal fanbase in the process. New and old fans alike are looking forward to how she’ll continue to make her mark on the R&B scene.

This feature was submitted by Ashley Oken

Ashley Oken is a freelance music journalist whose work has been featured on MTV News and other outlets. She loves pasts, roller skating, and listening to 90’s R&B, not at the same time.