It’s crazy to think Ava Della Pietra is only 16 years old. The singer, songwriter, and Broadway actress recently unveiled her newest single titled “my boyfriend,” wearing her heart on her sleeve and admitting to the world that, in her words: “For the first time in my life, I want a boyfriend.”

Since she can remember, Ava has always had an affinity for music. To date, she plays a slew of instruments including piano, bass, guitar, violin, and ukulele. Having written songs at the young age of 5, she toured the country with White Christmas and Les Misérables before starring in her first Broadway show, School Of Rock, at 12 years old.

But at the end of the day, nothing captures her spirit more than songwriting and putting her heart into the music. “my boyfriend” serves as her newest single, leading up to the release of her forthcoming debut EP titled truth or truth, slated to be released on July 8th.

Sheen Magazine caught up with Ava to discuss who she is, her background, biggest influences, turning point in her music career, her new release, studio essentials, goals, and more! 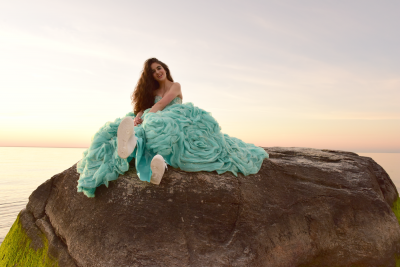 For those who don’t know, who is Ava Della Pietra? How would you describe yourself?

How would you describe your sound?

My sound is somewhere in the pop, Indie, or country genre. A lot of my recent releases have had somewhat of a “chill” vibe, but something I like about my music is that I have a lot of different styles that cover a wide variety of topics. I like writing songs so that different people can relate to my music and find styles that they enjoy. 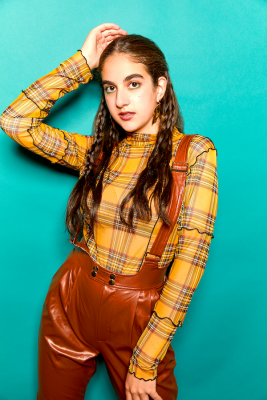 You’re from Long Island and grew up in the theater industry around NYC. How does that play into your music?

A lot of my early music had a Broadway-style sound, and I still sometimes write music that sounds like musical theater. Being part of the theater industry has also influenced how I perform in front of an audience. Even though it’s different performing in theater versus entertaining people with my own music, I think that my Broadway experience has made me more confident and comfortable connecting with my audience. I really love relating to my audience on a more personal level.

I really like Dua Lipa, Alec Benjamin, Lorde, Maroon 5, Sam Smith, Conan Gray, and so many more artists. I really love artists that are not only able to create beautiful melodies but also write lyrics that tell a story in a clever or unique way. Like a lot of people, I also like artists with interesting vocal styles, such as Lorde. Simply listening to my favorite artists usually sparks my creative flow and provides me with inspiration for my own music.

At what point did you realize this music thing was for real?

I had this experience performing at Sundance Film Festival when I was about 13 where I had just finished my first ever 30-minute set and someone in the audience yelled “ENCORE!” Throughout my whole performance, they had been dancing along and seemed really enthusiastic about my music, but that moment when they yelled “encore” was really special to me. That was the first moment I realized that people truly enjoyed my music!

I had a lot of these moments especially over quarantine when I released my single “Optimist.” Fans reached out to me over social media to tell me how much my music inspired them to keep going during a really difficult time. One guy even sent me a video of himself in tears explaining the impact “Optimist” had on his mental health.

What are you most excited for with the release of “my boyfriend”?

I love “my boyfriend” because it’s a really cute song that a lot of people can relate to. Any song I release gives me so much joy because I’m sharing a new snapshot of my life with the world.

What inspired the single? Was it your first crush?

I was hanging out with a few of my friends who were all talking about their crushes or boyfriends, and I realized that up until right then I hadn’t really been interested in dating anyone. I had crushes here and there, but all of a sudden a really wanted a boyfriend! I then went to my ukulele and wrote a dreamy song about what I want my first boyfriend to be like, and how I want to fall in love with him. 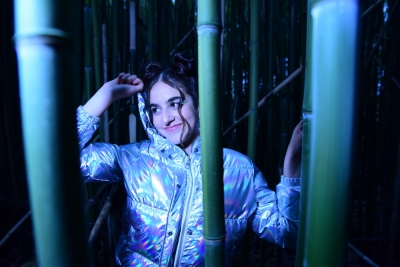 What is it you want fans to get from your story?

I want my fans to be inspired to pick up an instrument, taking singing lessons, join a theater group, or try songwriting! I want my music to inspire young people to just go for it and release a song so that they can tell their own story to the world.

3 things you need to have with you in the studio?

I always have my guitar, my ukulele, and water!!

What is your favorite thing about Broadway, either as a fan or a performer?

I love the energy of performing on Broadway! I get so restless right before I’m about to go on stage because I can’t contain my excitement. I also love watching from the audience. Seeing my friends or role models performing on stage makes me so happy because I admire them and look up to them.

In addition to songwriting, I love hanging out with friends, playing games, traveling, and going to the beach! I’m so excited for the summer where I can do all of my favorite things all day… while also preparing for college applications (ahh!)!

What can we expect from your debut EP, truth or truth, arriving this summer?

truth or truth is a 5-song EP that I wrote over the past year or so! The title comes from one of my favorite lines in “my boyfriend”, and also reflects how I’m discovering my own truth and being honest with my listeners. I really hope people enjoy my first ever EP!

Goals for yourself as an artist at this point of your career?

I can’t wait to release more music and an LP later this year!! In addition to my songwriting, I’ve always dreamed of being in a movie or TV show at some point. For now, my goal is to just keep on writing, recording, and releasing my music so I can tell my story!!