When facing your fears, an opportunity will always present itself. Actor Michael Anthony reveals himself as more than any actor, but empathetic to those he portrays. Showing no mercy to his upcoming role as Gary Stafford in season two of Netflix’s original “Raising Dion,” and rising to the occasion of being awarded the “Fastest-growing actor of the year,” he is no stranger when it comes to flourishing under pressure. Spending sixteen years in the music industry, Anthony found his calling in art within another form of art. By starting into the path of music, Anthony soon grew his profession with acting due to the music that was being made for an upcoming film named Magic City. Little was it known that he did not know anything about the acting world would he face the many roles we see today as viewers. 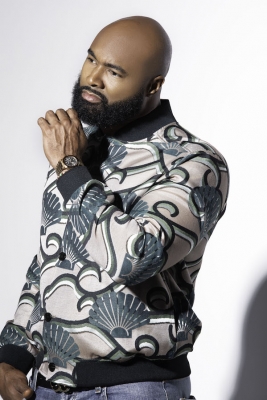 Described as being “a natural,” it would not be until a little later when the actor chose to pursue a career. Eventually, it was confirmed as a set-in-stone to what is to come by understanding when to give gratitude. “It attracts everything you desire; gratitude attracts finding the positive.” – Michael Anthony. Reciprocating the praise of knowing what it takes to push not for yourself but your goals as well, Anthony expresses what life lessons can give to those who are willing to acknowledge the hidden message for every lesson. “Anytime that I feel myself slipping into complaining, I just start talking about things my sight, being with my loved ones, all those things we kind of just take for granted when you and into that, it just attracts more blessings.” – Michael Anthony.

Living in the truth of his own, Anthony continues to show thanks for all that was given. As he strives for greatness, he also remains balanced within each role he is given. Projecting the message as someone who can digest multiple roles, the final message was stated, “Be an empathetic person, acting has taught me that its kind of like counseling for me. I was never an empathetic person before I had realized that being an actor it’s not about acting it’s about becoming.” – Michael Anthony.