Beyond The Stage With Top Charted Artist J.Holiday

We could never get enough of some good soulful r&b music. J Holiday always brings the heat with his music.

You may know GRAMMY nominated R&B artist J. Holiday from his top charting hits that made him an R&B star in 2007 when he released the classic record “Bed” that topped the charts staying in the number one spot on the Hot R&B/Hip-Hop charts for five weeks. Since then J.Holiday ventured out in other things like acting, and songwriting giving us more hits from his  highly anticipated album Time, paying homage to his Eritrean roots giving us a new upbeat sound. In this exclusive we go beyond the stage with  the grammy nominated artist  he shares his journey in music, the challenges he faced early in his life, and more.

What was one of your biggest challenges when starting out? What was the best advice you’ve been given that helped you along your journey?

My biggest challenge was fighting to stay authentic and not being judged for it. The best advice that I’ve been given is from one of my mentors the legendary Carl Thomas. He told me to “Keep my foot on their neck”, meaning never give up and stay authentic. 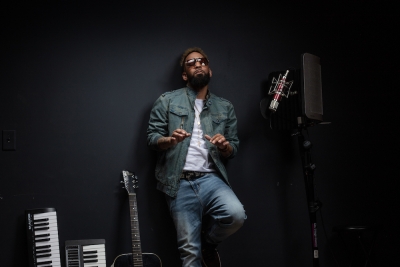 What inspired you to make music and if you could change anything about the music industry, what would it be?

What initially influenced me to make music was just knowing I had the talent and knowing what was in my heart. What I would change about the music industry is the in fighting/competing against each other. I’m not talking about the friendly competition; I’m talking about the “Crabs in a barrel” type competing. I wish all artists would just come together and support each other, especially in urban music.

What are your favorite songs to perform?

My favorite songs to perform are 2 songs that I wrote off my first album titled “Ghetto” and Back of my Lac”. I love to perform those songs because they best describe who I am as an artist and those are 2 songs that were on my Demo that got me my record deal with Capitol Records. Back of my Lac was a song I wrote when things weren’t working out and I was about to give up on making music. So that song will always be special to me. And Ghetto is my version of Marvin Gaye’s “What’s going on”. It just talks about the everyday struggles that goes on in the hood.

What is something you hope your music and work will be remembered by?

I hope to be remembered that I was an artist that was always unapologetically and real as they come and that I stayed true to the R&B art form. 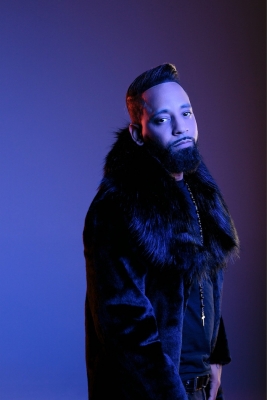 If someone was going to make your life into a movie, who would you like to play you and why?

I would like Jacob Lattimore to play me. He’s such a dope talent, dual threat. He’s a great actor and can really sing! I have so much respect for him!

Something my mom always told me growing up and still does to this day. She says,

“Be a leader, not a follower”. I thank my mom every day for instilling those words in me. They made me who I am today. That’s why authenticity is so important to me.

What can we all look forward to seeing from you?

Going to be touring to get out and touch my fans who I LOVE and who have always supported me through all my ups and downs during my career journey. Catch me in a city near you! Love y’all!